On Sunday, Jan. 26, 2020,  Reconstructing Judaism and Project Renewal came together to host the 2020 New York Day of Learning: Jewish Response to Homelessness in the New York Area at SAJ-Judaism that Stands for All. With more than 130 people in attendance, the day was full of a sense of community searching for deeper learning and action to help those among us who are homeless.

We began the day with a Keynote on “The State of Homelessness in the New York Area and a Jewish Framework for Action” from Eric Rosenbaum, President & CEO of Project Renewal and Rabbi Lina Zerbarini of Kehillath Shalom Synagogue, Cold Spring Harbor-Huntington, N.Y. Both speakers are members of the Reconstructing Judaism board of governors.

Attendees also attended breakout sessions, each led both by a Jewish leader and a professional working towards helping those who are homeless. The sessions covered

Check out photos from the 2020 New York Day of Learning 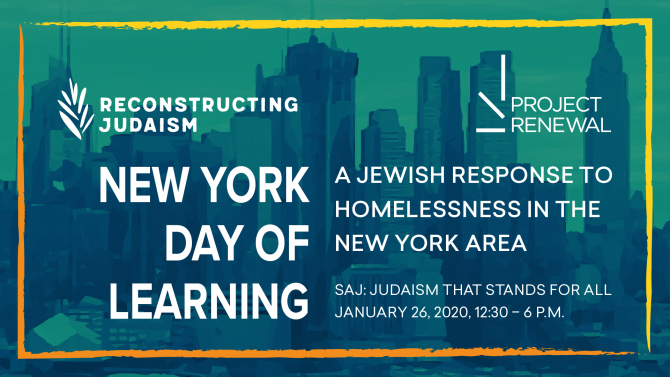 Please join us on Sunday, Jan. 26 for the New York Day of Learning: Jewish Response to Homelessness in the New York Area. Register here | Sponsorships Available

After the Day of Learning, SAJ invites you to join them for a concert at
7:00 p.m. The Fair Trade Chamber Music Society, featuring SAJ member Ashley Windle on Violin, Kallie Ciechomski on viola and Jeanette Stenson on cello. Separate ticket required.

The Fair Trade Trio will present a varied program of music including: New Zealand composer Natalie Hunt’s “Clarinet Quartet” with guest artist Bixby Kennedy, “Songs of My People” by longtime Juilliard professor and local composer Michael White, and Schnittke’s “String Trio” which takes the “Happy Birthday” rhythm on a truly wild musical ride, a fitting note (pun intended!) on which to start off their 5th anniversary concert season. Meet the musicians at a reception sponsored by the SAJ following the performance! Click here to purchase tickets for the Fair Trade Chamber Music Society Concert.

Volunteer Opportunity on Monday, January 27
On Monday, January 27th, the NYC Department of Homeless Services (DHS) will conduct its annual Homeless Outreach Population Estimate (HOPE), a citywide community volunteer effort to count every New Yorker sleeping on the street across the five boroughs during the coldest time of the year. Join Project Renewal in the count on the Upper West Side by choosing PS 191 Amsterdam School 210 West 61st. Sign up to volunteer here!

Register here to let us know if you plan to attend the 2020 New York Day of Learning. 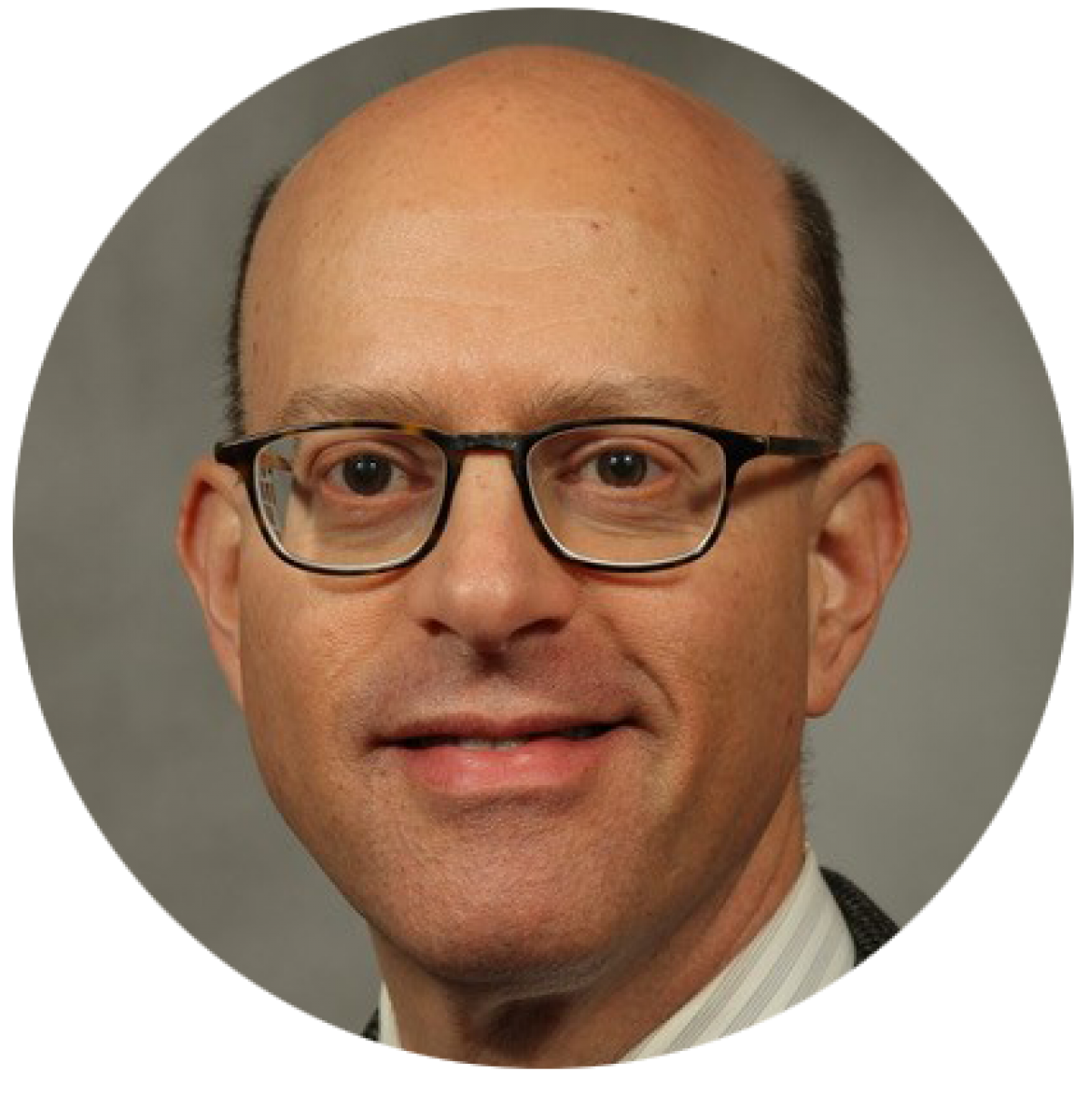 Eric Rosenbaum is currently the President & CEO of Project Renewal in Manhattan, a leading New York City homeless services nonprofit agency. Before he began his tenure at Project Renewal, Mr. Rosenbaum served as CEO of Lantern, a nonprofit that works with formerly homeless individuals and those at risk of homelessness. He also served as COO of Win, Inc., a provider of family homeless shelters and family supportive housing.

Mr. Rosenbaum serves on several boards, including Reconstructing Judaism and Homeless Services United, the umbrella organization that represents the city’s homeless services organizations. In addition to his nonprofit experience, he has over two decades of experience in corporate management, working for companies such as Colgate-Palmolive. He earned an MS in Public Health and an MBA from UNC Chapel Hill, and a BA in biology from UCLA. 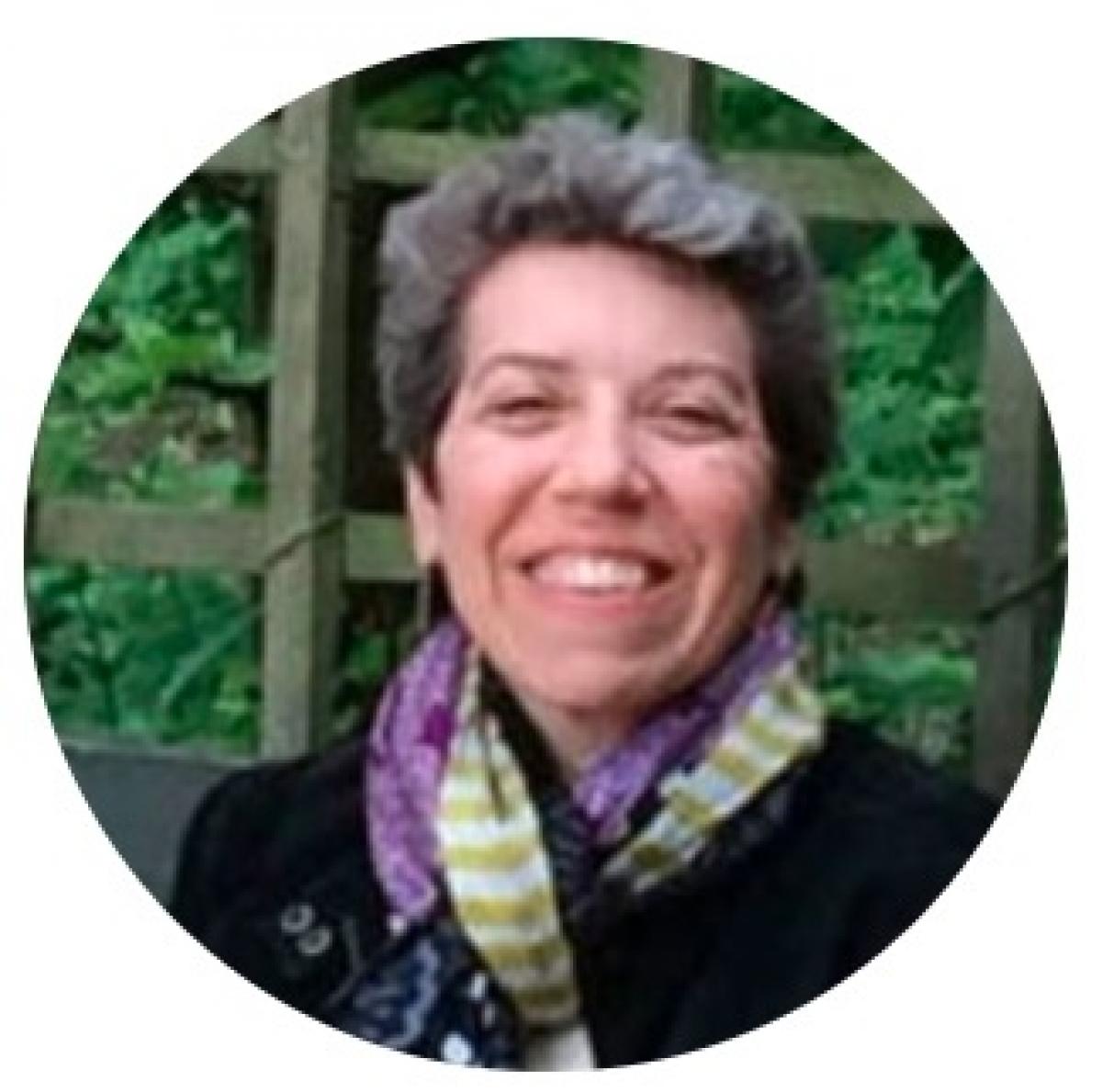 Rabbi Lina Zerbarini of Kehillath Shalom Synagogue in Cold Spring Harbor, N.Y. has spent her rabbinic career sharing the Jewish message of b’tzelem elohim (everyone is in the image of the Eternal) and mission of tzedek, tzedek tirdof (justice, justice shall you pursue) with individuals and communities within and beyond synagogue walls.

Rabbi Lina is committed to building community. To strengthen communal ties and support rabbinic development, she has served on the leadership of Boards of Rabbis in each community where she has lived and is currently President of the Long Island Board of Rabbis.  She is on the Executive Committee of the Board of Governors of Reconstructing Judaism.

Substance Abuse, Mental Illness & Homelessness
Rabbi Jodie Siff grew up at The Reconstructionist Synagogue of the North Shore in Plandome and now serves as their rabbi. Rabbi Jodie’s fusion of body, mind and spirit with Jewish tradition has defined her rabbinate.

Douglas Warn is the Director of Clinical Practice at Project Renewal and a trauma-trained psychotherapist.  He has worked with dually diagnosed homeless adults for more than 30 years.

Queer Youth & Homelessness
Nora Woods is the Interfaith Chaplain of Bryn Mawr College and is in her final semester at the Reconstructionist Rabbinical College. Nora has also worked at Georgetown University and with survivors of human trafficking in New York City.

Jazmine Perez, LMSW has been a leader in the LGBTQ+ community for over 20 years and the Program Director at Marsha’s House; a shelter for LGBTQ+ young adults.

Racism & Homelessness
Koach Baruch Frazier, Au.D. is an audiologist, musician, co-convener of the Tzedek Lab, a student at the Reconstructionist Rabbinical College, a dismantler of racism, and a sonic and spiritual healer.

Kaedon Grinnell, a lifelong New Yorker, has been with Project Renewal for nearly a decade, serving in a variety of roles in housing and shelter programming, as well as launching Marsha’s House, the first LGBTQI shelter for young adults.

Incarceration & Homelessness
Abraham Clott, a NYC judge, presides over felony cases in Manhattan.  He is a former Board Chair of SAJ Judaism That Stands For All and a member of the Board of Governors of Reconstructing Judaism.

NIMBYism (Not in My Backyard) & Homelessness
Rabbi Lester Bronstein has served Bet Am Shalom Synagogue in White Plains, New York since 1989.  He is a past board member of the RRA.  He currently serves as president of the New York Board of Rabbis.

Jesse Krasnow has been a board member of various Jewish organizations and is currently the chair of the board of Westhab, the leading not-for-profit provider of affordable housing in lower Westchester and the Northern Bronx.

Richard Nightingale is the President & CEO of Westhab and also serves on the board of Nonprofit Westchester and the Community Planning Council of Yonkers. 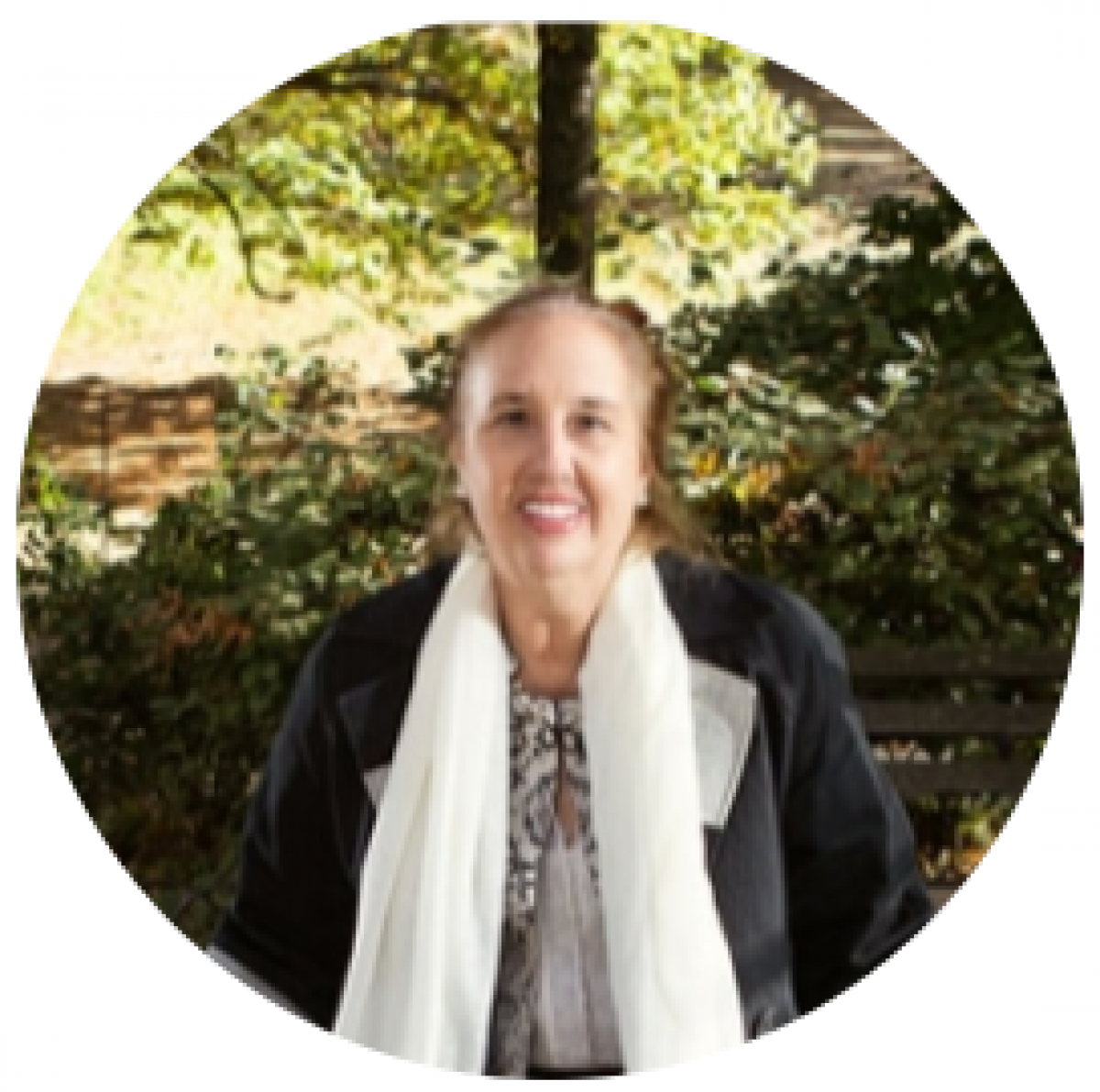 Gale A. Brewer is the 27th Borough President of Manhattan. Since she took office in 2014, she has successfully passed legislation to reform the deed restriction process, add ‘caregivers’ to the city’s anti-discrimination law, remove criminal history questions from initial employment applications (the “Fair Chance Act”), and enforce requirements for street numbers on buildings in Manhattan (to aid emergency workers). She has also spearheaded community planning initiatives at the South Street Seaport, in East Midtown, and in other neighborhoods to address development and zoning issues. 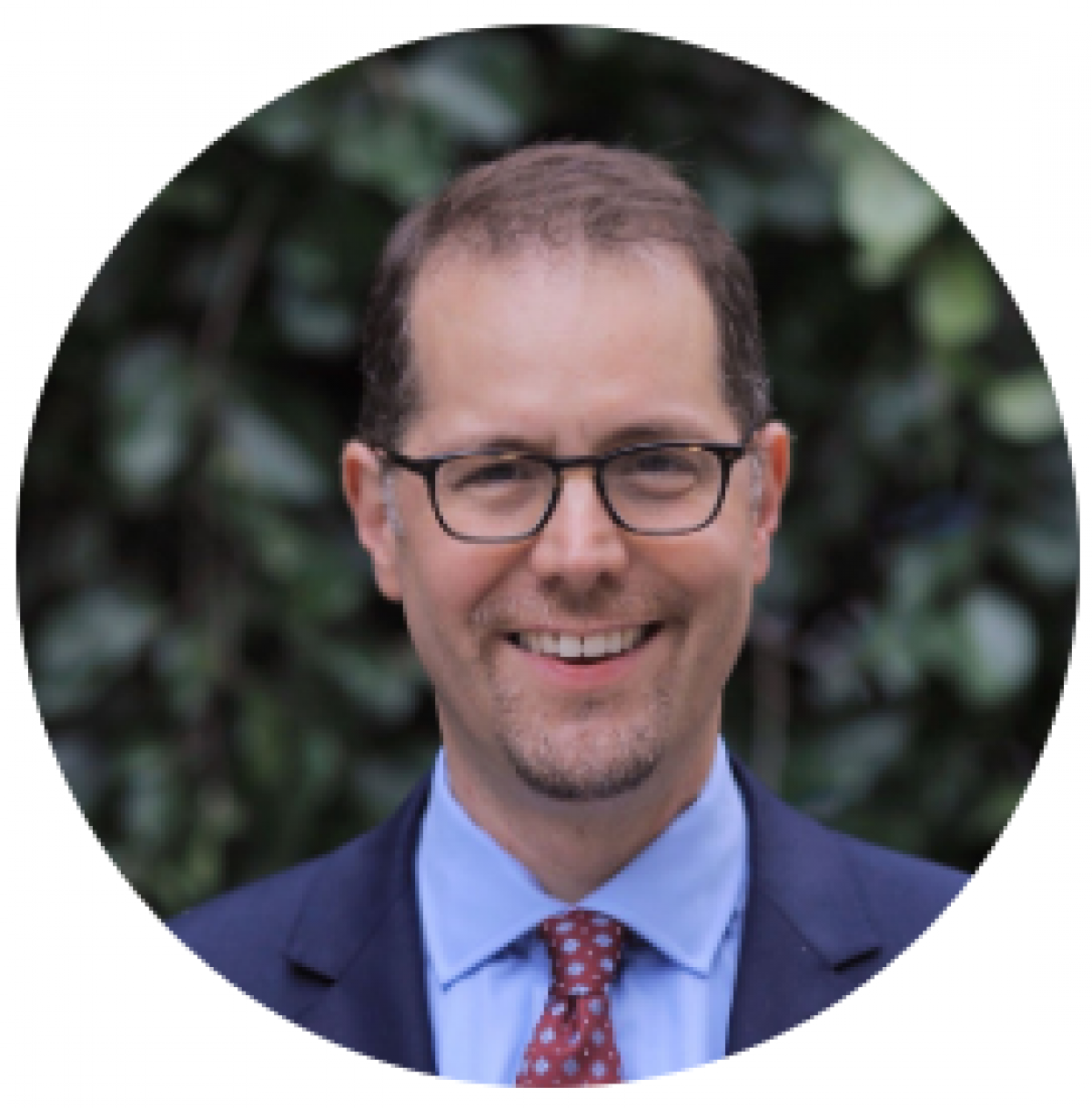 New York City Council Member Mark Levine has represented the 7th District in Upper Manhattan since 2014. Serving as the Chair of Council Committee on Health and as a member of the Progressive Caucus, he is a leader on many issues including tenants rights, healthcare, transportation, education, economic justice, and the environment. Council Member Levine has been a lifelong advocate for addressing inequality in New York City, and in 2017 declared victory in his fight to get legal representation for low-income tenants facing eviction in housing court by passing landmark “Right to Counsel” legislation, the first of its kind in the nation. As Parks Chair he also successfully fought for greater equity for parks in New York’s low- and moderate-income neighborhoods 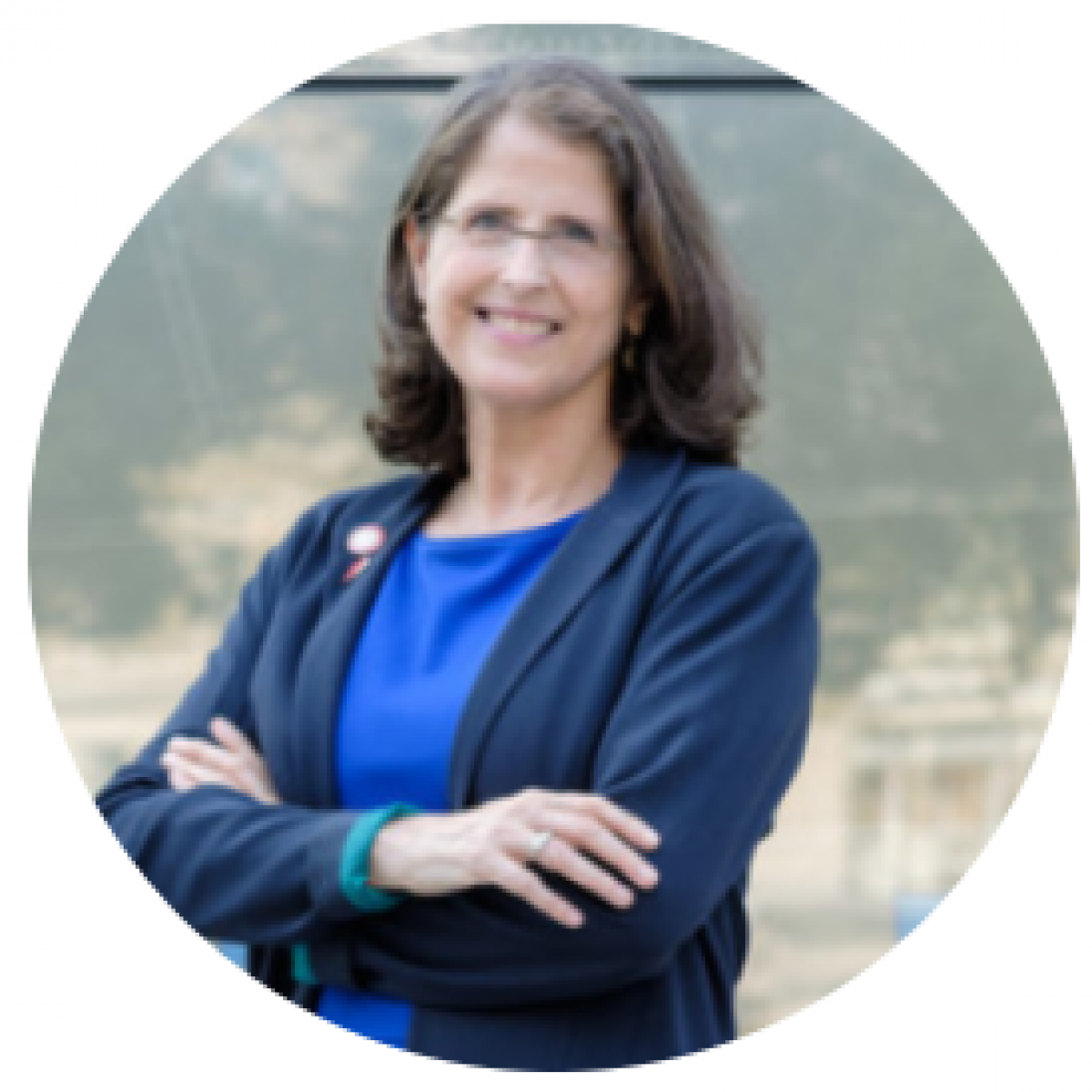 Helen Rosenthal was elected to the New York City Council in 2013 with the highest vote total of any candidate for City Council in New York City, a feat she repeated in her 2017 re-election. Over the past six years, Helen has passed legislation to stop sexual harassment in the workplace, trained NYPD in victim-centric and trauma-informed investigations of sexual assault, improved health outcomes for black women in pregnancy and childbirth, and addressed gender wage parity. Helen served on Manhattan Community Board 7 from 2002-2013 and was elected Chair in 2007. Helen has also served on the boards of various nonprofits, including NARAL ProChoice America, ParentJobNet, Inc., and WomenCare, Inc. 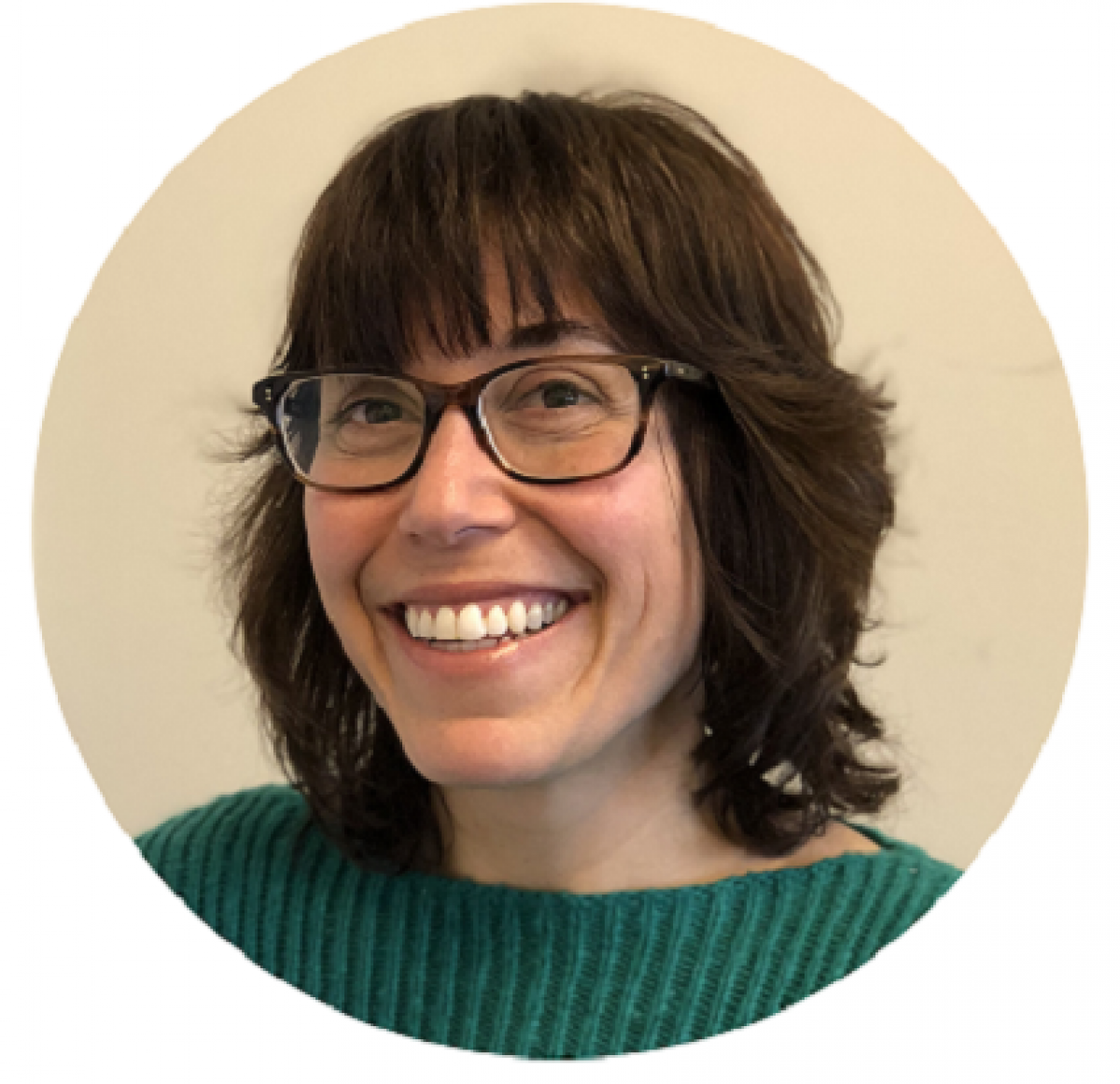 Moderator: Jody Rudin. Executive Vice President and Chief Operating Officer of Project Renewal, has 15 years of progressive experience in homeless services including as Deputy Commissioner of Adult Services at the New York City Department of Homeless Services where she led efforts to reduce street homelessness by 40% and end Veterans homelessness.