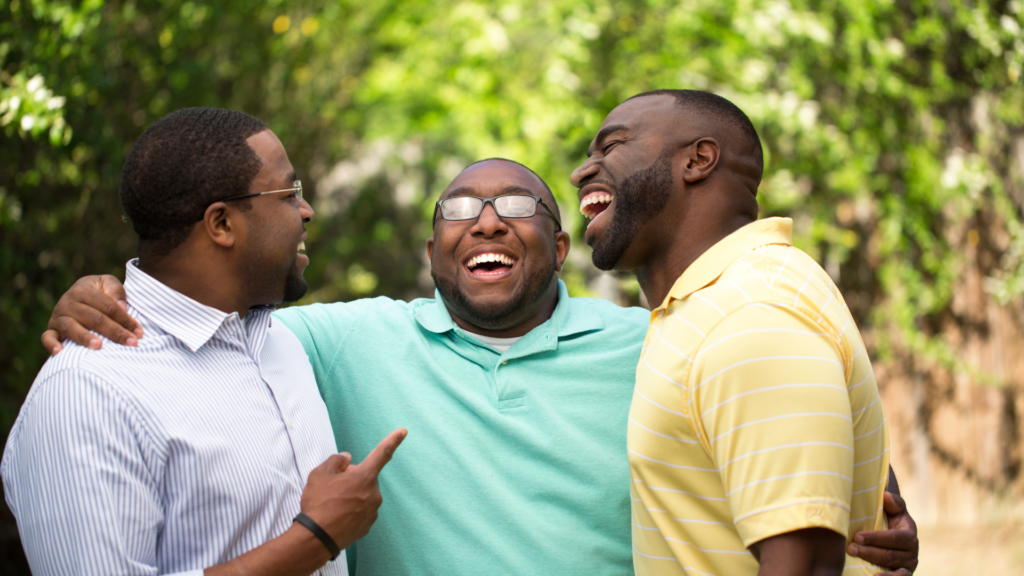 Few conflicts are as significant in our lives as our struggles with those who are most close to us: the members of our family. Who we were, who we are and who we will become is most clearly seen in our relationships with our parents, our siblings, our spouses and our children. Our ability to move beyond our conflicts to an attitude of acceptance and affection is a measure of our growth as human beings. Our deepest felt experiences are those of familial love and loss, and alienation and reconciliation.

One way to understand the Book of Genesis is as a family saga. It is a book that relates the struggles and experiences of the first four generations of our people. In Genesis, our ancestors’ familial relationships provide the raw material for the book’s discussion of the great issues of life and faith. In this way Genesis serves as a mirror for us to examine our lives. As we study the family conflicts in Genesis, we can gain insight into the challenges we face in our own lives.

One basic theme in the Book of Genesis is that of conflict and reconciliation between brothers. The seriousness of sibling rivalry first confronts us early in the Book of Genesis when we read the story of Cain and Abel, Adam and Eve’s two sons (Genesis 4:1-26). In it we learn that after Cain murdered Abel, his brother, when God seemed to prefer Abel’s sacrifice over his own, Cain responds to God’s query concerning Abel’s whereabouts with the question, “Am I my brother’s keeper?”

That question goes unanswered until we come to the stories of Abraham, Isaac, Jacob and Joseph, in which we discover that the answer is a resounding yes! These stories tell us that brothers are most definitely responsible for each other and that they need to find ways to handle their differences. In Genesis we read of the rivalry between Abraham’s sons, Isaac and Ishmael, between Isaac’s sons, Jacob and Esau, and between Jacob’s sons, Joseph and his brothers. Each generation of brothers was torn apart by feelings of jealousy and anger and each generation was brought back together by a sense of family loyalty and affection. The reconciliation reflects and enhances the protagonists’ emotional and spiritual growth.

At the insistence of his wife, Sarah, Abraham expels his son, Ishmael, from his camp after Ishmael behaves inappropriately with his half-brother, Isaac (21:9-21). But Isaac and Ishmael do not remain forever estranged. They join together to bury Abraham (25:9), and Isaac’s son Esau marries Ishmael’s daughter when Esau realizes that his two marriages to Canaanite women sadden his parents.

The book of Genesis closes with the reconciliation of Joseph and his brothers (50:18-21). After the death of their father, Jacob, Joseph’s brothers feared that Joseph would avenge himself on them for the evil they did to him by selling him as a slave. In a tearful scene, Joseph reassures them of his love and concern for them by reminding them that the past was God’s will and a prerequisite for the survival of all his brothers. Joseph, the wise and thoughtful prime-minister of Egypt, was no longer the vain and self-important dreamer who infuriated his brothers.

In this week’s Torah portion, Vayishlach, the theme of reconciliation appears most strongly. It contains the story of the reconciliation between Isaac’s sons, Jacob and Esau. Here, we see most clearly how reconciliation goes hand-in-hand with spiritual maturity and emotional growth.

In their youth, the twin brothers, Esau and Jacob, were rivals. Jacob, the homebody, was able to convince his older twin, Esau, the hunter, to sell him the firstborn’s birthright for a bowl of lentils (25:27-34), and later was able to trick their father, Isaac, into giving to him, rather than to Esau, the patriarchal blessing (27:1-40). Jacob’s successes at Esau’s expense angered Esau so much, that Jacob, at his mother’s urging, fled from his brother’s wrath and went to Haran to live with his uncle Laban (27:41-45).

In many ways, Esau is less complicated than Jacob. Esau appears in Genesis as a doer rather than a thinker, as a man of action rather than reflection, and as a person who finds satisfaction in the material blessings of the moment. Esau’s anger with Jacob grew out of his belief that Jacob cheated him of the wealth that rightfully should have been his (27:36).

It is only when Esau achieved material success that he was able to welcome his brother back into his life. It appears that Esau needed to become his own man before he could open up and accept his brother Jacob. Esau needed to achieve his own success, outside the shadow of his more clever, younger brother, before he could be secure with himself, let go of his anger and restore his sense of family.

Jacob’s case is more complicated. He needed to grow spiritually. He needed to learn that his greatest gift, his native intelligence, could serve a higher purpose than deceiving other people. Jacob’s lessons were painful. His uncle Laban was as devious as he was, and Jacob had to learn what it felt like to be on the other side of deception. He had to learn how to trust other people and to develop a sense of responsibility to those who depended on him – his wives, his children and his servants.

The portion illustrates Jacob’s spiritual maturation by the tale of Jacob’s struggle with a divine being the night before he was to meet his estranged brother (32:23-32). Jacob wrestled with the angelic figure all night and left the bout spiritually enhanced but physically diminished. He received a new name, “Israel,” which is interpreted to mean, “the one who strives with beings divine and human and prevails.” But he also left the encounter with a limp because the angel injured his hip. Therefore, when he finally meets Esau, he is no longer the proud youngster who is out to take advantage of his brother, but a mature man, bearing the scars of life and offering his brother gifts.

The meeting of brothers was a tearful reunion. Although the time they spent together was brief and Jacob politely declined his brother’s offer to join him at Esau’s encampment at Seir, the portion marks the permanence of their reconciliation with the notice that together they buried their father, Isaac (35:28).

The struggles we have with those close to us are real. The pain, anger, and hurt that we feel cannot be denied. But that cannot be the end of the story. As the Book of Genesis repeatedly reminds us, brothers may at times find themselves in conflict, but they can always achieve reconciliation. Our Torah teaches us that with effort we can mature emotionally and spiritually, put our anger, our rivalry and our conflicts aside, and realize the true depth of the family bonds that sustain us and keep us together. Then we will truly understand the words of the Psalmist, “Behold how good and pleasant it is when brothers dwell together as one (Psalm 133:1).”