When Will We Ever Learn?

Originally published at the Jewish Exponent on September 20, 2017 as Haazinu: When Will We Ever Learn?

It has been almost five years since my father called to tell me he was eating a tuna sandwich for lunch.

Normally, such an event is unremarkable, certainly not worthy of a special call. But there was something special about that sandwich, and the circumstances under which it was eaten.

Two days before, floodwaters from Superstorm Sandy had inundated my father’s home in Long Beach, N.Y. He had no power, no car and little food; no roads were passable. In these circumstances, the provision of a tuna sandwich was worthy of note.

“The Red Cross came by delivering sandwiches door to door,” my father reported, and then added, “All those times I donated money for disaster relief, I never expected that I would be a recipient, our house a disaster area.”

As we celebrate the new year, more and more of our relatives and friends are recovering from devastating disasters — hurricane and flood in Texas and the Southeast, fires in the Northwest and, beyond our borders, earthquake in Mexico, deadly monsoons in Bangladesh.

Natural disasters are no longer something that only happens to other people far away. And they are no longer “natural” in quite the way they once were.

Shabbat Shuva, the Sabbath of Return, falls in the midst of a season dedicated to turning inward, to taking account of our actions, to finding the resolve and forgiveness we need to turn our lives around. But our weekly Torah portion, Ha’azinu, is a warning not to limit our focus to our own individual lives. Ha’azinu is a call to recognize how our individual lives and actions are part of a much larger story.

Ha’azinu is Moses’ swan song, his final speech to the people he has led for 40 years. Soon, the people will go forward to new lives in their new land, and Moses will not be going with them. As he prepares to take his leave, his message to the people is not hopeful.

Ha’azinu presents a grim prophecy in the form of a poem. In it, Moses foresees that the Israelites will turn their backs on God. They will spurn God’s care and commandments, and then they will suffer terrible punishments: disaster and plague, famine and violence.

The poem opens with an invocation: “Give ear, O heavens, let me speak; Let the earth hear the words I utter.”

Ancient rabbis puzzled over this verse, and were not content to dismiss it as a mere rhetorical flourish. Why involve the heavens and the earth in a prophecy about Israel’s failings? What do heaven and earth have to do with Moses’ message of doom?

Unlike humans, who falter and fail, and ultimately pass away, Moses presumes that the heaven and earth will endure. In contrast to the unreliable Israelites who can’t stay true to their commitments, heaven and earth are constant, reliable, unchanging.

Moses and the rabbis did not imagine a world in which humans have the power to change the climate, in which human actions help churn the heavens into hurricanes and make the very solidity of the earth give way to rising water.

Ha’azinu is a grim message for this hopeful time of year. In it, Moses acknowledges that all of his efforts with the people were likely for naught. After all of his sermons and speeches, after decades of commandments and cajoling, Moses faces death nearly certain that all the Torah he taught will be forgotten.

Why is it so hard for humans to take life lessons to heart?

Why do we persist in turning our backs on the very wisdom that will sustain our lives?

Al Gore raises just this question in his recent film, An Inconvenient Sequel. He remarks that, in 2006, many took issue with his first film for being overly alarmist when it warned that storm surges could very well flood the not-yet-completed 9/11 Memorial. Then, in 2012, Superstorm Sandy flooded the memorial. Gov. Andrew Cuomo said, “There is a wakeup call here, and that is climate change and our vulnerability to it. It was true 10 years ago, it was true five years ago. It is undeniable today.”

The human-fed disasters that now assail earth, heavens, humans and other living things are all manifestations of same problem that Moses confronts at the end of his life: We humans are not very good at learning our lessons.

The story of Ha’azinu sweeps us up in a story that is bigger than our own lives, bigger than the sacred story of our people. It is a story that ripples through the entire cosmos, encompassing heaven and earth.

This year, may the call of the shofar wake us up! Renewing our own lives, may we renew heaven and earth. 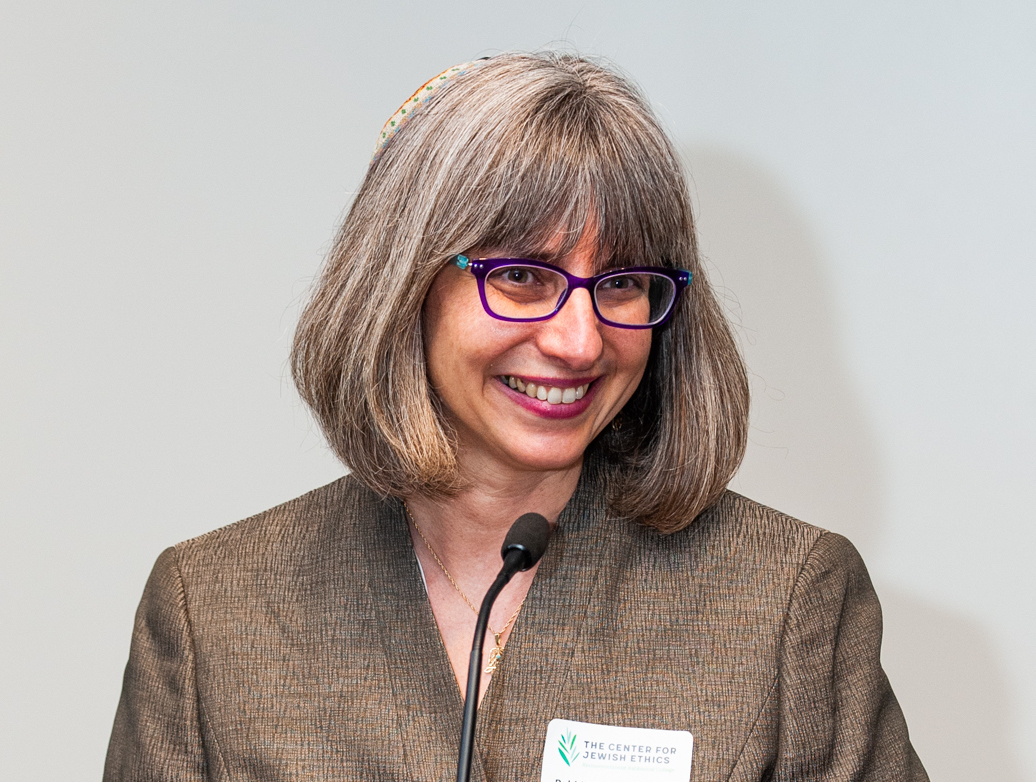