The Process of Choosing a Jewish Life: One Reconstructionist Leader’s Story 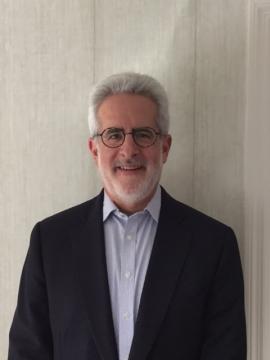 Seth Rosen nearly opted out of Jewish life entirely. Instead, he became president of his congregation, Bet Am Shalom Synagogue in White Plains, N.Y. Now, the recently retired lawyer has risen to be the new chair of the board of governors of the Reconstructionist Rabbinical College & Jewish Reconstructionist Communities.

What happened? A succession of baby steps while exploring Judaism in adulthood. If anything, having been an outsider has made Rosen more attuned to the spiritual needs of those who feel disconnected from Judaism.

“There was not a revelation from Mount Sinai, but it was a process,” said Rosen, a retired partner of the international law firm of Debevoise & Plimpton. “Now, Reconstructionist Judaism is such a big part of my life and my family’s life.”

Rosen’s story began in New Haven, Conn., where he attended a Jewish day school run by the Lubavitch movement. Though many feel inspired by Orthodoxy and the Lubavitch movement’s approach to Judaism, it wasn’t a good fit for Rosen. He described the atmosphere as rigid and unquestioning. “The consequence was I sort of walked away from Jewish life and wasn’t engaged at all,” he said.

Joan grew up in a secular Jewish household and hadn’t received any Jewish education. She wanted something different for her children.

“She didn’t want our children to grow up the way she’d grown up, and she wanted to join a synagogue,” recalled Rosen. “I said, ‘That’s a great idea, but I am not going.’ Then I started going a little, and then a lot—and about 10 years after I said ‘I’m not going,’ I was president of the shul.”

One of the aspects that drew him to Bet Am Shalom was the fact that so many of the original founding members remained active in the synagogue. Among them were people who had known and were directly influenced by Rabbi Mordecai Kaplan, the founder of Reconstructionist Judaism.

“These were, by definition, pretty interesting people, and I was drawn in by their thoughtful, and dynamic approach to Judaism,” he explained, adding that he found Rabbi Lester Bronstein “charismatic, loving and thoughtful.”

Rosen embraced the Reconstructionist notion that the rabbi and the community are true partners, working together in common purpose.

“People are drawn together not because they are going to a neighborhood congregation and not necessarily because of the way they grew up. Joining a Reconstructionist synagogue is a conscious choice,” said Rosen.

Over the years, Rosen would serve as Bet Am Shalom’s president and, with Joan, organize the first congregational mission to Israel. In 2003, while the synagogue was planning an expansion, an electrical fire destroyed much of its existing building. The couple led the capital campaign to rebuild and expand the synagogue’s home, which was rededicated in 2006. What began as a commitment to his local community evolved into a desire to see Reconstructionist Judaism thrive across North America.

Afterwards, he agreed to join RRC’s board for just two years, and then planned to step back. Instead, he came to embrace the idea that a democratic, pluralistic organization that encompassed congregations and a rabbinical school could be a true incubator for new approaches to Jewish life. He was inspired by the inclusive, groundbreaking vision of RRC’s president, Rabbi Deborah Waxman, Ph.D. And he grew to admire David Roberts, who recently became chairman emeritus after heading RRC’s board for 11 years.

“It’s almost a cliché to say that someone has been a transformative leader. You can’t avoid saying that in David’s case,” acknowledged Rosen. “Under David’s leadership, the spirit, mission and day-to-day work of RRC was completely transformed.”

During a time of great uncertainty in American Jewish life, Rosen became convinced that much remained unfinished. When he decided to retire from practicing law after 36 years, he sought a new meaningful challenge. Leading RRC’s board enables him to focus on the future of Jewish life in ways he finds refreshing, invigorating and even slightly daunting.

He knows that nearly all Jewish organizations are grappling with a changing landscape. Now, all his passion, creative energy and organizational skills are being marshalled into the mission of ensuring the vibrancy of Reconstructionist Judaism and American Jewry as a whole.

“I believe that it is important for progressive religious voices to be vibrant and to have a place in the public square,” he stated. “It is vital to the future of the Jewish people for there to be a strong Reconstructionist presence in North America.”