Daf Yomi While Sheltering in Place

This essay appeared originally on jns.org on April 24, 2020 at: https://www.jns.org/opinion/daf-yomi-while-sheltering-in-place/.

Rabbi Nancy Fuchs Kreimer is Associate Professor of Religious Studies Emeritus at the Reconstructionist Rabbinical College and the founder of its Multifaith Studies and Initiative program.

In the early 1920s, Meir Shapiro, a prominent Polish Chassidic rabbi, instituted a worldwide regimen for studying all 2,711 pages of the Talmud, one page at a time. He wrote:

“What a great thing! A Jew travels by boat and takes gemara Berachot under his arm. He travels for 15 days from Eretz Yisrael to America, and each day he learns the daf. When he arrives in America, he enters a beis midrash in New York and finds Jews learning the very same daf that he studied on that day, and he gladly joins them. Another Jew leaves the States and travels to Brazil or Japan, and he first goes to the beis medrash, where he finds everyone learning the same daf that he himself learned that day.”

On Jan. 4, 2020, the 13th cycle concluded with mass rallies attended by throngs of Orthodox Jews in New York, Israel and around the globe. The very next day, tens of thousands of Jews opened page two of the volume Berachot — that’s where the Talmud begins — and prepared to read through the entire Talmud, one page a day for the next seven-and-a-half years. For the first time, Seth — my partner of 47 years — and I, on our living-room couch in Philadelphia, were among them.

Rabbi Shapiro certainly did not envision us — a Reconstructionist rabbi and a law professor raised in the Reform movement — as his target audience. But neither could he have imagined the circumstances in which we now pursue our daily practice. For the first 69 days, we kept our study going, even when one of us was on the road for work. Today, we are not traveling to Brazil or Japan anytime soon. Nor are we going to New York or, for that matter, to our daughters’ homes just a few miles away. We could not have imagined it either.

Since March 15 when we began sheltering in place, Daf Yomi has become the scaffolding of our day. While many other things have changed, this remains constant. And while many other things seem to be stalled, our progress through the Talmud (we are now in the second volume, Shabbat), continues to move forward.

Although we do not fit Rabbi Shapiro’s target demographic, our motives are not entirely dissimilar. In his day, certain books of Talmud were being studied while others were ignored. Rabbi Shapiro wanted to ensure that the whole Talmud was kept alive. And he wanted to connect Jews with one another.

Through my education at the Reconstructionist Rabbinical College in the 1970s, I experienced the Talmud’s power for moral edification, spiritual inspiration and historical context. Yet nearly 40 years since ordination, I found myself seeking ever greater clarity, and the bigger picture of Judaism’s most massive and monumental work.

Seth, through his education at Yale Law School, knew even less. As grandchildren of Jews from Eastern Europe now separated from our roots, we were inspired by Adam Kirsch’s idea that reading the Talmud would be like visiting our “intellectual homeland,” albeit a rather hasty tour through a vast territory.

We knew Daf Yomi study groups are more common in Orthodox yeshivahs and synagogues than they are in the settings we frequent. But we also knew that, thanks to the accessibility of English translations and of Sefaria (upon which we gratefully rely), many more unconventional participants were now joining the Daf Yomi community. We looked forward to making a connection with Jews whose religious practice is different from our own to immerse in a practice that is peculiarly Jewish. Apart from the lofty reasons, we also were in search of a nightly diversion. Since we were coming to the end of “The Marvelous Mrs. Maisel,” we needed a new project that could fill about an hour each evening, after our work day was done.

Since we began our study, we have learned much about topics of great interest to us. We were fascinated by how often the rabbis talked about death and how they understood suffering, both deserved and undeserved. Back in Berachot, we learned a lot about illness, germs and contagion — a topic that has more interest now than it did when we were encountering it. We have also learned much about topics we never even considered, like how to cook an egg in hot sand. And, to be honest, we have studied at length topics in which we haven’t the slightest interest.

There have been laugh out-loud moments, like when we learned about food that was “withered and improved” (Shabbat 38a), and we realized at the very same moment why our grandmothers overcooked their vegetables. We discovered that the rabbis spent a lot of time thinking about basics like preparing food and where to relieve oneself, which is more relevant now that our own lives have stripped back down to the physical essentials of life. (Our one still licit outing — a walk in our nearby park — is limited by the fact that the restrooms are closed). We have talked a great deal about blessings and the mindfulness cultivated when the blessing for bread is different than the blessing for cookies. And now that the answer to the question “Where are you?” is almost always, “Right here at home,” how much more do we appreciate the question “What time is it?” The rabbis did not own watches, but they were meticulous in observing the proper time for the proper activity, even if it meant noticing when it is light enough to tell green from blue, or to discern the face of a friend (Berachot 9b).

This virus has impacted lives in very different ways. Some people have lost beloved friends; others are worrying about ones at risk. Some are ill themselves. Some are balancing work and small children, and others are scrounging for their next meal. From my perch of privilege, I am keenly aware of those divides, even as I worry about the tickle in my throat that seems to arrive each evening. What is constant (in vastly varying degrees, of course) is the sense of fragility and powerlessness. As we read the conversations of rabbis scrupulously considering the details of a sacrificial system no longer operative in their time, we wonder: Was their study a resilience practice for them, a way to manage in their own shaky reality? Certainly, our own study takes us out of our uncertain present. It gives us a long view into the past and, while we don’t know when this crisis will end, we have a long view into the future — at least the next seven years and three months.

Some pages have been inspiring, some annoying, some beautiful, some arid. Whatever else happens, each day brings a new page. Sometimes, we are enjoying the material so much we want to keep reading, but we must stop at the end of the page. Sometimes, we read aloud quickly, hoping the page will end soon. But the practice is relentless. A lot like the days of our lives that continue to unfold, regardless of our preference for some over others. I often wish we could be in Berachot again, just as I would love to be back in February of this year. We learned early on (specifically in Berachot 54a) that you bless God for the bad as well as the good. Not that you necessarily approve, just that you praise God for it. This was one of the ideas I had encountered many times quoted in secondary sources. Understanding it in the great sweep of the entire volume of Berachot gave it more meaning. And hearing it echo through these days of the pandemic has been bracing.

As in any chevruta, we have also learned some new things about ourselves, each other and our relationship. But that is the subject of another essay.

Finally, we found out why the Talmud starts on page two. Turns out all 36 volumes have page one blank. According to the Satmar Rebbe in the Williamsburg neighborhood of Brooklyn after World War II, the blank page is where you greet your study partner(s) and say ”How was your day?” We ask each other that each evening, as we turn the next “page” on our Sefaria. We pray, along with the rest of the planet, that we will move beyond this “new abnormal” soon, even as we realize that there are many challenges ahead.

In the meantime, we plan to keep on studying. God willing, we may even get to learn a page this cycle in Japan or Eretz Yisrael. 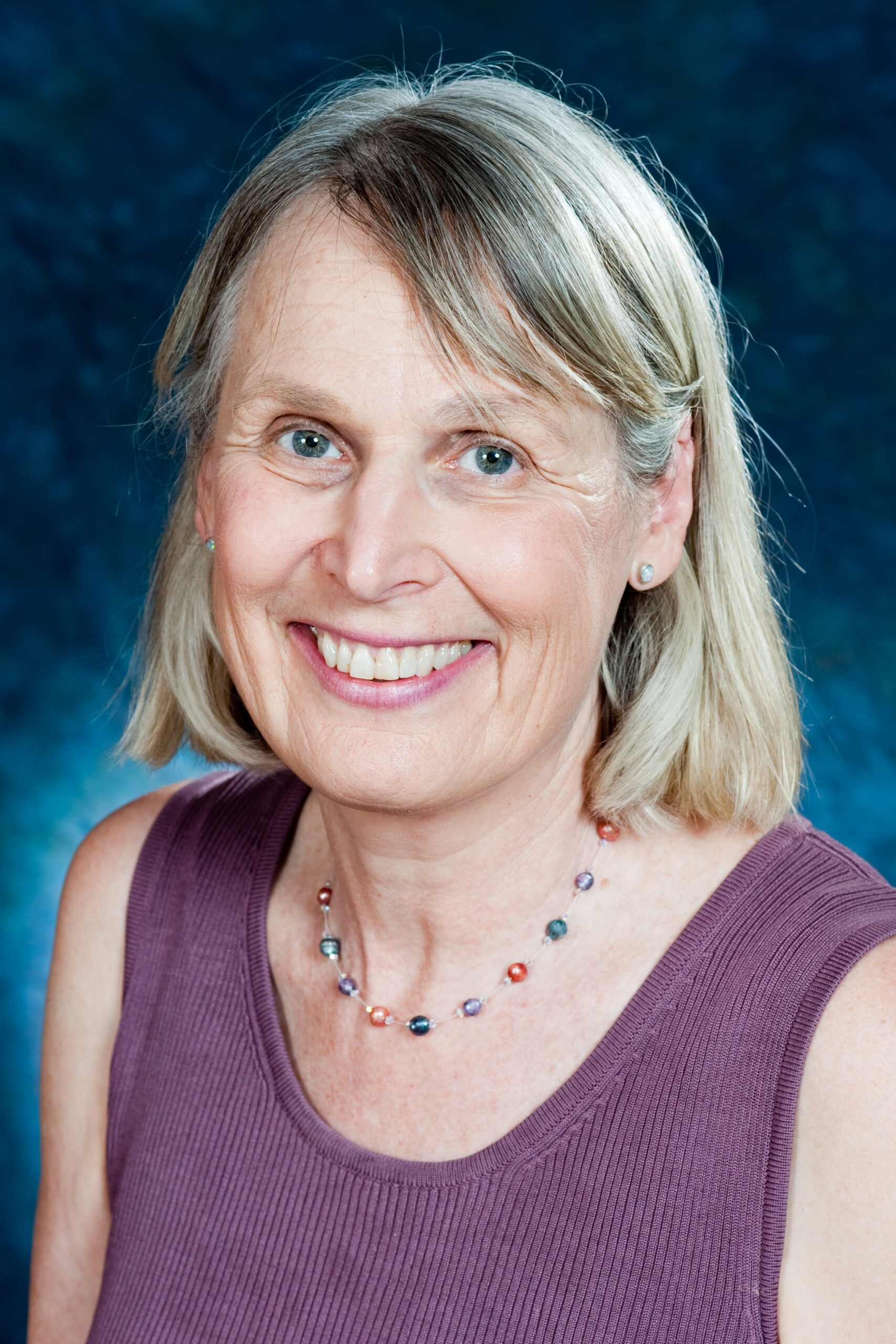