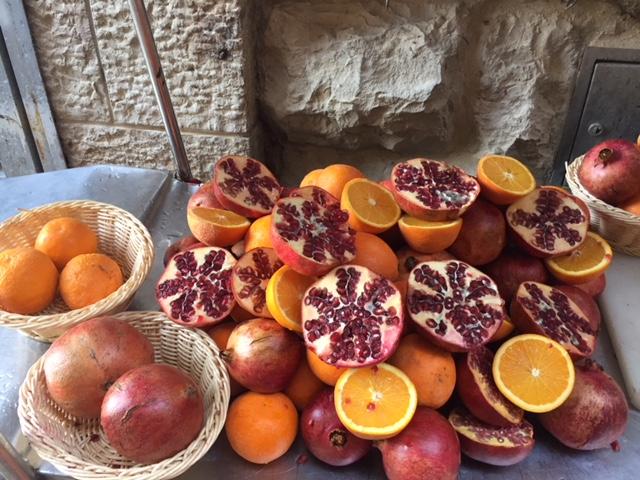 When we began our Israel journey together in Tel Aviv on March 7th, we were 25 people representing 11 Reconstructionist communities who travelled there on the promise to go places and meet people that even veteran Israel travelers hadn’t visited or met. And on that promise, the Reconstructing Judaism Israel Mission Trip delivered.

We started in nearby Yafo, at the home of Ihad and Ora Balha, an intermarried Jewish – Muslim couple who founded the Bustan Yafa Kindergarten, where kids learn Hebrew, Arabic, and non-violent problem solving skills. On International Women’s Day, March 8, we visited the homes of two women who engaged us in lively discussion in their different spheres of expertise: an Israeli green-tech inventor and environmental journalist, Karin Kloosterman, and an expert on education and Hebrew literature, Dr. Rachel Korazim. Dr. Korazim teaches at the Shalom Hartman Institute in Jerusalem and at BINA – The Jewish Movement for Social Change in Tel Aviv, two institutions with strong ties to our movement.

From Tel Aviv we ventured to Lod, a city where Jewish, Palestinian, and Bedouin Israeli citizens live together but where relations between the groups are often strained. Dror Rubin and Sama Salaime spoke to us at a local Jewish-Arab center called Mosaic, describing their efforts at the center to break through deeply embedded patterns of segregation and mutual distrust. Lod was sobering for many of us. It was the site of a forced march of Palestinian Arabs out of the city in 1948, many of whom perished in the summer heat. Today it remains a place of tension and high poverty. Dror and Sama’s determination was moving to witness. We also met a young Bedouin-Israeli woman, Dooa Zabarqua, who is active in peacebuilding and women’s empowerment. 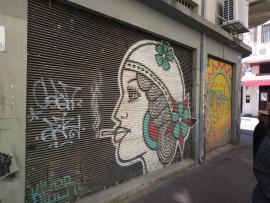 Back in Tel Aviv, on Friday night we experienced Shabbat with Beit Tefila Yisraeli, a popular progressive synagogue known for its summertime outdoor services at the Port of Tel Aviv. The next day, we enjoyed a Graffiti Tour of Tel Aviv, led by Elinoy Kisslove. For those unfamiliar with graffiti culture, the key criterion that makes a piece of street art graffiti is that it has to be illegal. Kisslove described Tel Aviv’s graffiti subculture as a combination of competition, dissent, irony, unsettling memes, and the visually disruptive reclaiming of public spaces. 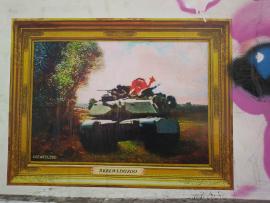 We closed out our time in Tel Aviv by meeting with Etai Pinkas, a Tel Aviv city councilor and pioneering LGBT rights activist.

Next, we trekked from Israel’s central coast to its most vulnerable borders – Sderot, alongside the Gazan border, and Metula, at the Lebanese border. In Sderot, we were hosted by members of the Dror Israel movement, an association of 1,500 young educators who live in “urban kibbutzim” and work in underserved communities. In Metula, Maj. (Res.) Stéphane Cohen, a Syria/Lebanon expert, described the difficult judgment calls Israel’s leaders face regarding Hezbollah’s stockpile of 100,000+ rockets and the ongoing nightmare in Syria. 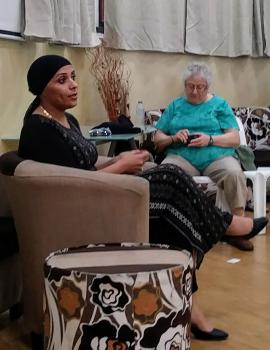 Up north we also visited Tzfat, the ancient city of Akko and the small Arab village of Kaucab. In Akko, Mohammed Fahili, the founder of the Clore Jewish-Arab Community Center, told us the poignant story of his life, which pivoted several times on profound acts of kindness he experienced with Jews; his experiences inspired him to build the co-existence NGO he proudly heads today. In Kaucab, a woman named Sa’adah welcomed us to her home, told us her family’s story, and then served our large group an amazing meal. We crowded into her dining room at long tables, reminiscent of big Passover seders. Sa’adah participates in a program called “Galileat,” a Galilee-based non-profit that creates opportunities for Jews and Arabs to be hosted in each other’s homes over meals.

Midway through the trip we visited Givat Haviva: The Center for a Shared Society, where the remarkable Mohammad Darawshe spoke to us about Givat Haviva’s efforts to strengthen the State of Israel’s democratic foundations in a time when they are being eroded by the current government. Darawshe described working with Jewish- and Palestinian-Israelis, using social science research to persuade people that the success of Israel’s Arab population is one of the keys to Israel’s long-term viability. We also bussed to the coastal city of Hadera for a tour of the world’s second largest reverse osmosis desalination plant. 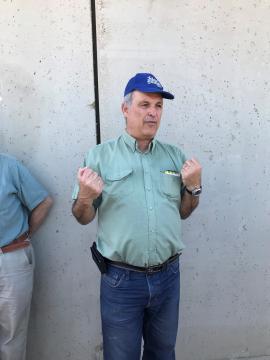 The last three days of the trip we spent in Jerusalem. We took two tours of different parts of the city, one with a guide from Ir Amim, and one with Dr. Danny Tirzah. Ir Amim addresses economic, political, and social inequities in Jerusalem, and promotes a shared vision of the city that seeks to respect and empower its Israeli and Palestinian residents. Dr. Tirzah is the architect who designed much of the controversial security barrier. Their contrasting viewpoints gave us insight into how different Israelis think about and frame many of the same issues.

In the Old City, our adventures included a visit to the small egalitarian prayer space at the Kotel, known as Ezrat Yisrael. There, Rabbi Rosalind Glazer (RRC ’03) spoke about her experiences as a Reconstructionist rabbi working with b’nai mitzvah families who hold their simchas at Ezrat Yisrael. She and our brilliant tour guide, Shari Robins, spoke about the current state of Jewish religious pluralism in Israel. We met with two Israeli journalists, Matti Friedman and Khaled Abu Toameh, who each gave us their takes on current events. And we capped off our time in Jerusalem with some extraordinary Israeli activists. Rabbi Susan Silverman spoke to us about her work trying to prevent the forced deportation of African asylum seekers in Israel. Rabbi Donna Kirshbaum (RRC ’08) and several other members of Women Wage Peace met with us and shared their approach to inclusive and grassroots organizing, centered in feminist principles, for a permanent and enduring peace agreement.

The trip gave all of us many complex, layered, and intense experiences that will stay with us. It also embodied Reconstructionism’s passion for depth, complexity, education, and humanity in exploring Jewish life. Organizationally, we hope to build on what we’ve learned from this trip and others in planning future adventures for people throughout the movement 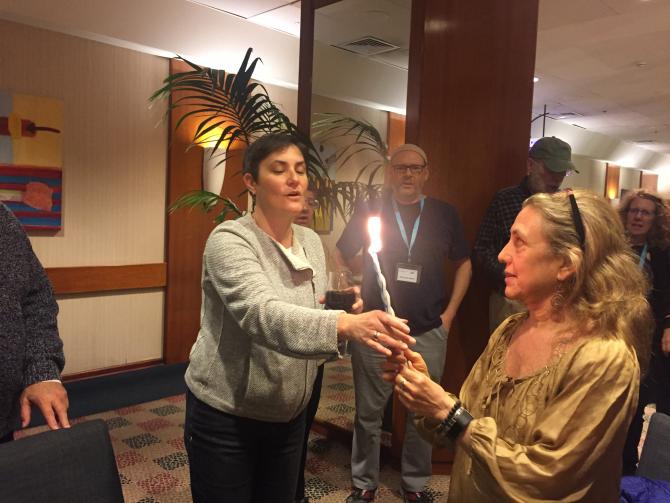 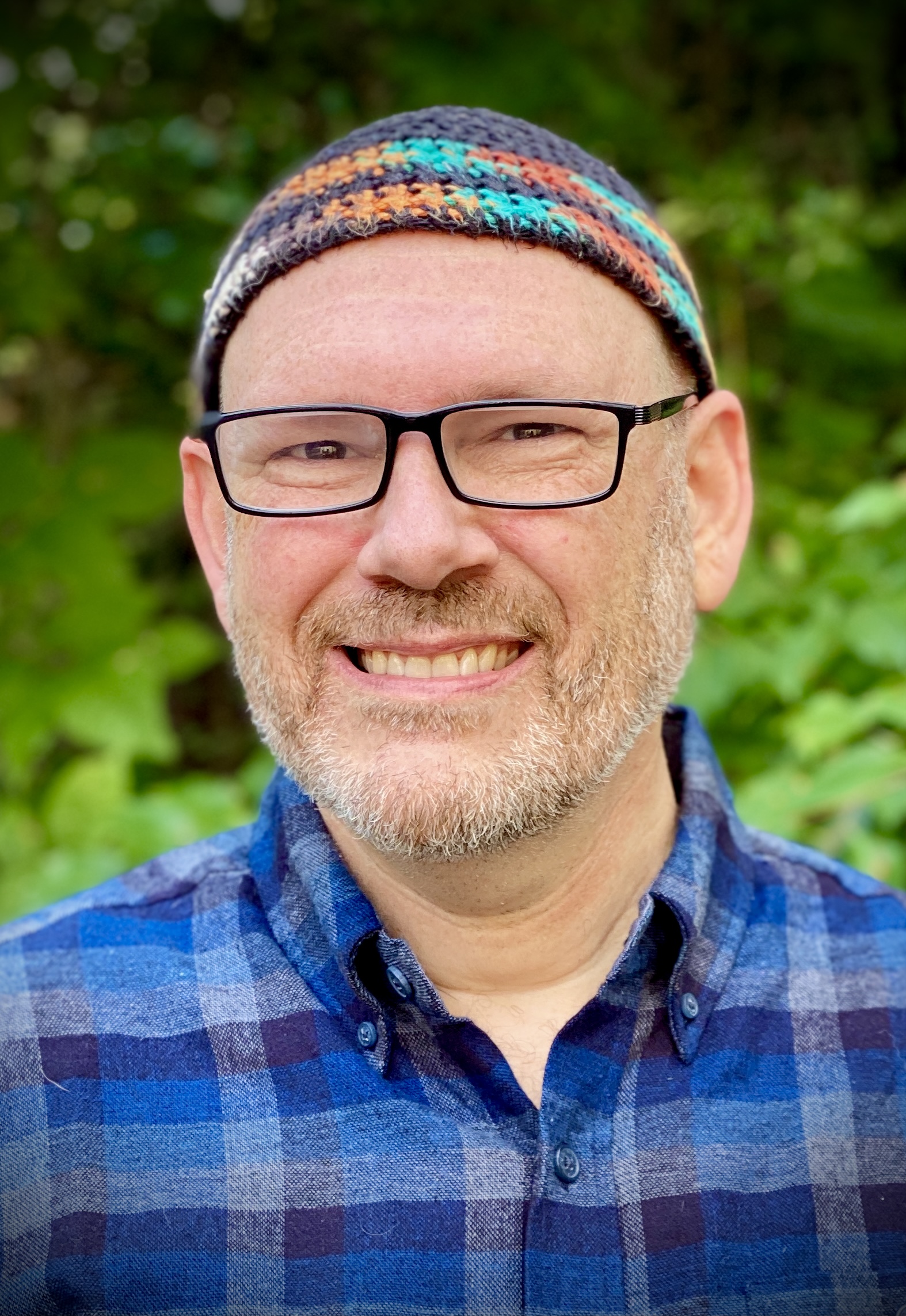