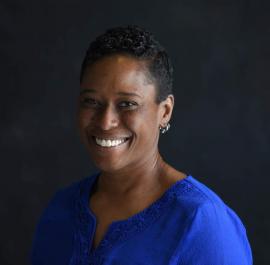 “The Reconstructionist movement is my home,” said Lawson. “I believe in our movement. I believe in our values. We have a huge impact on the Jewish world. By coming back to Reconstructing Judaism, there is an inherent level of trust which will help me to start moving on this urgent work within the organization and our congregations. I really want us to live up to our values and do better. Putting people in positions like this sends a message that it’s time to start doing better.”

Ilana Kaufman, Executive Director of the Jews of Color Initiative, said that “the work Rabbi Sandra has been doing to make Judaism more accessible, particularly for unaffiliated Jews and Jews of diverse backgrounds, is so important. We are thrilled to see that Reconstructing Judaism has recognized Rabbi Sandra as a vital leader and that they have created this position to ensure that diversity and equity work is a central component of their movement. We are proud to be part of this process and can’t wait to watch Rabbi Sandra soar in her new role.”

Rabbi Deborah Waxman, Ph.D., president of Reconstructing Judaism, said “Reckoning with racism — both systemic and personal — is one of the moral demands of our time. Sandra has the substance, the experience, the passion and the compassion to help lead our movement in this challenging and necessary work. I am thrilled to work with and to learn from her.”

Lawson’s hiring brings a prominent figure, teacher of Torah, activist and thought leader to Reconstructing Judaism, the central organization of the Reconstructionist movement. As one of the first African American, queer, female rabbis, she has consciously sought to alter the perception of what a rabbi — and the rabbinate — looks like. Lawson is known for tackling difficult questions surrounding Jews and race in podcasts, essays, media appearances and speeches. A social media pioneer, Lawson models what it means to teach Torah in the digital space. She has built a following of more than 50,000 people on Facebook, Twitter, Snapchat, Instagram and TikTok. Just last month, the Forward named Lawson to its “Forward 50” proclaiming her a “truth teller”.

Since 2018, Lawson has served as associate chaplain for Jewish life and Hillel Jewish educator at Elon University in North Carolina.

Among Lawson’s responsibilities will be:

Lawson will begin her role in March 2021.

American Jews are taking a hard look at racism in their midst, Religon News Service, Feb. 12, 2021

‘Deconstructing Racism to Reconstruct Judaism’: The Story of a ‘Life-Giving’ Pilgrimage to the South

The pilgrimage to the South for Jews of African descent who serve as leaders of the Reconstructionist movement was fully funded by Reconstructing Judaism. Participants were able to engage in healing work and visit sites imbued with trauma within a Jewish and Black context.

Reconstructing the Voice of Leadership

Reconstructing Judaism plays a leading role in addressing systemic racism in Jewish communities and serving as a moral voice in a larger public reckoning. One of the powerful ways the organization does this is by nurturing Jews of Color in leadership positions, as rabbis and community leaders.