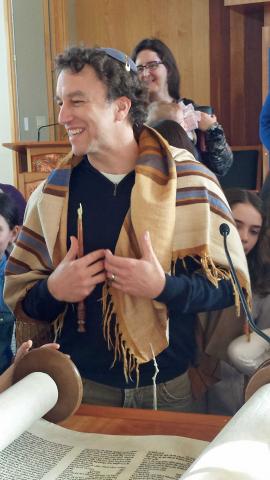 Nestled amid the hills and streams of Southwest Oregon is the city of Ashland, home to world-renowned Shakespearean theater, hiking trails, river-rafting, arts and culture, an abundance of parks, and now, the newest congregation to affiliate with the Reconstructionist movement: Temple Emek Shalom (TES). With almost 200 households, TES is a strong, eclectic, independent and warm community that is currently served by Rabbi Joshua Boettiger (RRC ’06) and by their recently hired director of programs and education/prayer leader, Rabbi Julie Benioff (RRC ’17). Ashland and the TES community are also home to Rabbi Vanessa Grajwer Boettiger (RRC ’08), whose rabbinic practice is in the field of human design (www.designoftheself.com).

TES has a strong, and downright entertaining, musical tradition robustly on display on the second Friday of each month, when Rabbi Boettiger, along with five superb vocalists and instrumentalists, lead Shabbat Shirah (“Sabbath of Song”), a tradition that was started more than a decade ago by Rabbi Marc Sirinsky. Sephardi, Ashkenazi and Mizrachi music resonate in the sanctuary, which envelops visitors in reddish-brown wooden beams and ceiling-to-floor windows, including several examples of beautiful stained glass. 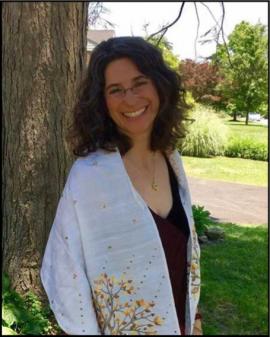 Another one of TES’s popular initiatives is an ongoing exploration of Mussar — the ethical, educational, 19th-century Jewish movement aimed at supporting character development and spiritual maturity. About 60 people currently participate in ongoing Mussar classes and workshops in Ashland. Mussar is one of Rabbi Joshua’s great loves, and through his efforts, the program has become a point of pride in the congregation. Jewish meditation, Torah study, a growing shul school and an active social-justice action committee also help create a Jewish center with many gateways into meaningful Jewish life.

In the last year-and-a-half, the TES Board and community, led by president Adie Goldberg, went through a discernment process as they explored the possibility of affiliating with the Reconstructionist movement. As part of that process, Rabbi Maurice Harris, associate director of affiliate support at Reconstructing Judaism, traveled to Ashland twice — once in the summer of 2016 and again in November 2017 — to make presentations on the values, ideals and core elements of Reconstructionism, and to listen to community members share their questions, concerns and hopes. TES’s lay leaders and staff were able to examine the prospect of joining the movement from a position of strength, coupled with the knowledge that they could very easily continue to grow and serve their diverse and engaged Jewish community well as an unaffiliated synagogue.

And yet, even though TES could have carried on as a purely independent shul, according to Goldberg, the more that members explored a Reconstructionist approach to congregational life, the more appealing the idea of affiliating became. Reconstructionism’s model of strong lay leadership and grass-roots involvement in studying Jewish traditions, in addition to working with clergy to update community practices, resonated with congregrants. The leadership the movement has offered the wider Jewish world regarding gender equality, LGBT equality and the spiritual equality of all peoples and religions mirrored Emek Shalom’s deeply held values. Reconstructionism’s enthusiasm for thoughtful Jewish ritual innovation, sincere spiritual exploration and vigorous debate were also natural fits. Finally, community members appreciated the fact that there would be no top-down redesign of their home-grown liturgical and musical practices pressed upon them from the “mother ship” in Philadelphia.

Many staff and lay leaders were also excited about the prospect of building new connections with other like-minded Jewish communities, both within the Pacific Northwest and across the continent. Congregants wanted Rabbis Joshua and Julie to have access to the movement’s networks of rabbis and educators, and they wanted their lay leaders to be able to network with their peers.

People at TES were eager to learn about the recent growth and successes of other Reconstructionist affiliates in the Pacific Northwest, now home to six Reconstructionist communities all served by a newer generation of energetic and talented rabbis. Alongside the appeal of what belonging to the movement can do for their synagogue, TES members relished the opportunity to share some of their best practices with others in the movement. And they have a lot to offer, including a self-published children’s prayer book, a strong and healthy board, and a history of developing Jewish practices in sync with the very accessible natural beauty of the Rogue Valley.