Welcoming a Guest Into a Sanctuary Congregation

“One who destroys one life destroys the entire world. One who saves one life saves an entire world.” This famous dictum from rabbinic literature — a midrash on the story of Cain and Abel — teaches about the preciousness of human life. It is a dictum that to me has new meaning since my congregation, Temple Beth Hatfiloh (TBH), welcomed our guest into physical sanctuary.

As a Sanctuary Congregation, we are making the commitment to provide housing and shelter for an asylum seeker who is at risk of deportation. As a designated “sensitive location,” we are a place where by policy ICE has made the commitment not to carry out enforcement. 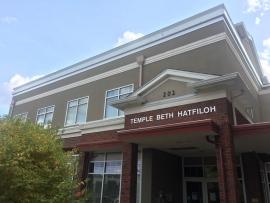 The journey to becoming a sanctuary congregation was long and thoughtful. It began after the 2016 election, when we learned that the anti-immigrant rhetoric that marked the campaign was closer to becoming a reality. Not long afterwards, my city of Olympia declared itself to be a Sanctuary City, and local activists organized to strengthen that declaration though education, Know Your Rights trainings and other activities. The local faith communities began to meet — with TBH taking the lead — to determine what we could do regarding the work of immigrant justice.

We knew of physical sanctuary, and we knew we could not do it alone. We formed the Greater South Faith Network for Immigrant and Refugee Support, whose 15 member congregations pledged that should one of us decide to be a physical sanctuary site, the others would support it with time and money.

At the same time, TBH dove deep into what it might mean to be a physical sanctuary site. We did research, developed plans, explored the legal issues, consulted with other congregations nationwide. We sized up our physical space to see if we could accommodate someone living in our building. We had numerous congregational meetings to share concerns and offer support.

This effort came naturally to us. As Jews, the story of the Exodus from Egypt — told every year around the Passover seder table and recalled in our daily liturgies — is fundamental. This story of liberation, of leaving a place of oppression to one of freedom, of a nation of refugees seeking a better future in a new land — this is our spiritual foundation. And as Jews, we recall our own family histories of immigration, of fleeing hatred and seeking new opportunity in this country. We also recall how the borders of this country were closed in the 1920s, leaving Jews in Europe and elsewhere to die in the Holocaust. 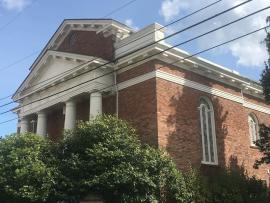 Motivated by our spiritual history and our contemporary history, TBH declared itself to be a Sanctuary Congregation in August 2018.

From that point on, it was “hurry up and wait.” While we made plans, we didn’t know if anyone would present themselves for physical sanctuary. In the meantime, we completed the actual space, began to hold trainings and implemented our plan. Then, through our network of partners, we learned of Maria.

Maria is an asylum seeker from Guatemala who came to this country fleeing domestic violence. Facing deportation as her legal case progressed, after several conversations she made the decision to enter sanctuary, and we welcomed her in. In doing so, we became the third congregation in Washington state to welcome someone into physical sanctuary and the first synagogue. I also learned that we were the only synagogue hosting someone in the entire country.

While the text speaks of saving a life — and we recall those Holocaust survivors who were saved by sheltering — we also know that this work is done not for, but with our guest. It is an act of solidarity with our undocumented neighbors. The choice to be in sanctuary is Maria’s; we support her decision and her desire to seek a better life on these shores. It’s a difficult choice; life in sanctuary isn’t easy, which is probably why of the 1,100 congregations nationwide who have committed to be physical sanctuary sites, only about 50 to 60 people are currently in sanctuary.

Becoming a sanctuary congregation is one of the hardest things we have done … and the most rewarding. Members of TBH have created elaborate operational systems, problem-solved, trained and now manage 100-plus volunteers from our congregation and partner congregations. Along the way, we have developed deep relationships, learned a tremendous amount about the situation and ourselves, and deepened our capacity for compassion and humility.

I have come to learn that the rabbinic text isn’t about “saving a life.” It is about putting a human face on a huge issue. It’s about the transformative power of doing one discrete act in the face of overwhelming pressure and oppression. It’s about recognizing that when doing everything is impossible, doing something is still transformative.

There is no defined end to being a sanctuary congregation, and we have made ourselves available as long as Maria needs us. This is our commitment: to stand with and walk besides others on the quest for immigrant justice.

Rabbi Seth Goldstein (RRC ’03) is the rabbi of Temple Beth Hatfiloh in Olympia, Wash., and the current president of the Reconstructionist Rabbinical Association.

We welcome support from our partners in Reconstructing Judaism. Those wishing to make financial contributions to support our guest’s immediate and legal needs can direct them to Interfaith Works, P.O. Box 1221, Olympia, WA 98507 or www.interfaith-works.org. Please designate as “Sanctuary Fund.” 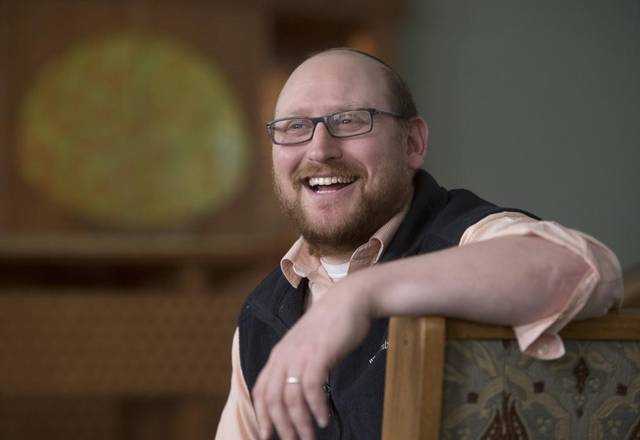