Why We Have to Talk About It

When I was growing up, it was common to hear and see religious leaders whose faith compelled them to stand up in the public square to join the struggle for peace and social justice. Rabbi Abraham Joshua Heschel, Dr. Martin Luther King Jr., Phillip and Daniel Berrigan, Father Robert Drinan and Father Francis P. Duffy, Rev. William Sloane Coffin and the Catholic nuns and other religious figures who marched with Dr. King in Selma and elsewhere, all expressed a religiously grounded progressive viewpoint and spoke out, frequently at their peril, so that their moral and spiritual convictions could be brought to bear in public life.

In the decades that followed, the religious voice in the American public square changed dramatically. For reasons I do not fully understand, by and large, politically progressive religious voices were rarely heard, and in public debate the word “religious” was almost always followed by the word “right.” In time, religious fundamentalists, largely evangelical Christians, came to be heard—at least, by the press and politicians—as expressing the only authentic religious viewpoint in the public square, and so “the religious perspective” came to be synonymous with social and political conservativism. When we pictured religious leaders in public life, it was no longer Dr. King and Rabbi Heschel marching arm in arm; it was Jerry Falwell, Anita Bryant, Pat Robertson and their compatriots, whose religious convictions led them to a deep-rooted social conservatism that came to be expressed through the ballot box.

It isn’t hard to understand the emergence of socially conservative religious leaders in the 1970s and 1980s. The pendulum swings back and forth. Social change in the 1960s, ’70s and ’80s, including changes in sexual mores, the dramatic changes to American society brought about by the civil-rights movement, the impact of Supreme Court cases recognizing women’s constitutionally protected autonomy over their bodies and the very slowly dawning emergence of social equality for LGBT people (to use the terminology of the time) all produced a backlash and galvanized those professing a religiously based social conservativism.

What is harder for me to understand is the almost simultaneous withdrawal of progressive religious voices from the public debate. I understand some of it. As “political activism” moved from marches and protests to electoral politics, those who fervently embrace the separation of church and state found it harder to speak out in a religiously authentic voice. Under Pope John Paul II, the Catholic Church tightened its reins on politically progressive priests and nuns, who either returned to secular life or left the public square. And maybe, just maybe, once the Vietnam War ended, legally protected racial segregation faded, the federal government began to enforce the Voting Rights Act and Title IX, and the government largely stopped trying to regulate private, consensual relationships between adults, socially progressive leaders (religious and otherwise) became a little complacent.

Of course, all of that is to some extent an oversimplification. There have always been conservative religious voices in American political life, and progressive voices were never fully silent. And in the last several years, progressive religious voices have begun to be heard more clearly—through the emergence of organizations like T’ruah: The Rabbinic Call for Human Rights and Bend the Arc; through the visible presence of religious leaders standing up for the humane treatment of immigrants seeking asylum and refuge in the United States and Europe; and through those arguing for a religiously based environmentalism, among others.

Most confusing for American Jews (at least, for this American Jew), and most difficult for me to grasp and talk about are the rising religious voices around the topic of Israel and Palestine. For vast numbers of American Jews—particularly, those of us born and raised in the immediate aftermath of the Holocaust—our Jewishness has, throughout our lives, been inextricably linked to support for Israel and its once improbable survival. Also, for vast numbers of American Jews (including, I believe, many of those I described in the preceding sentence), the Torah’s imperative to pursue justice, which has also been deeply engrained in us, makes it impossible to ignore the lives of Palestinians, who have been both victimized by their own corrupt and often cynical political leadership, as well as subjected to occupation by our beloved Israel for more than 50 years.

Across American Jewry and within our own movement, genuinely felt and genuinely Jewish religious convictions lead us to vastly different political positions about Israel and Palestine. For some, religiously based convictions have led to certainty at one extreme or another—either an unwavering support for Israel and its policies, or a support for the Palestinians that leaves no room for a Jewish state.  For many of us, though, there is pain and no small amount of confusion, which are hardest of all to talk about. We pray to see an end to Israel’s role as an occupier, and at the same time pray for Israelis (and everyone in the region) to be safe and secure. We support a two-state solution that seems increasingly difficult to picture in reality. And we don’t know quite what to make of an Israel that increasingly seems inhospitable to non-Orthodox Jews. Sometimes, it feels like the Israel we want to love does not—and maybe even cannot—exist in the real world. At the same time, the idea that Israel might not survive as a Jewish, democratic state is emotionally incomprehensible. There is no area in which the political issues are harder for to us to talk about. And no place where it is more important for us to realize that genuinely religious, Jewish, perspectives can lead to widely different points of view.

In some ways, the easiest thing is not to talk about any of this. No religious voices in the public square. No activism or political arguments in the synagogue. Let’s not talk about Israel-Palestine, the White House, immigration, the advent of “religious liberty” as a sword to cut back on legal protections for LGBTQIA people and women’s access to reproductive health care,  or any of the “political” issues that have the potential to divide us. We are a religious community, not a political one. Our religious life is both simpler and, in some ways, more comforting if we embrace the synagogue and the seminary as a refuge from politics. Let’s not debate with one another or speak out as Reconstructionist Jews on moral and political questions; it’s too hard, it’s potentially divisive and sometimes, it’s just too damn confusing.

But I don’t think that’s the right answer.

No matter what we do, there will always be religious voices in the public square. As I tried to describe above, American history in the last 50 years has made that very clear. And if those who lean left or lean right choose to be silent, the pendulum will swing hard the other way, as it has always done. While I don’t believe that religious organizations should play a role in electoral politics, I cannot ignore that my opinions about moral and political issues are deeply informed by my perspective as a Reconstructionist Jew, and I understand that there are others whose religious perspectives lead them to conclusions that are very different from mine. To me, the only answer is to talk about those differences openly, honestly and respectfully, and not to cede the moral ground to those whose morality leads them to conclusions with which I disagree, or brings them to certainty where I am just confused. It frustrates me when only one set of political views is recognized as genuinely “religious” or genuinely Jewish, and we do not recognize the diversity of views that can emerge from a religious perspective. And when we “don’t want to talk about it,” we allow that to happen.

I think it is particularly wrong for us to stifle discussion and debate about the issues that do have me confused, even those that have the potential to polarize us like Israel-Palestine. In our home congregations and across the Reconstructionist movement, we are in community with people who share very basic moral and spiritual values, reflected in our conception of the divine and our understanding of Torah.   We share a commitment to building and sustaining community, and to seeing one another as reflections of the image of God. Who else should we argue with? If we can’t speak openly and honestly with one another about the issues that have the potential to divide us—if we can’t share our confusion about difficult and important moral and political questions—then what hope do we have of building a broader civil society in which we recognize each other’s humanity, create community across differences and find the compromises that will enable our society to progress?

And I think we ultimately have the obligation to stand up and say what we believe in the public square—to make it clear where our views on “political” issues are an expression of our moral and religious convictions. As Reconstructionists, we recognize that we live in two civilizations. We understand that our Jewishness, our religious and moral beliefs and our understanding of historical Jewish culture inform and shape our civic lives, just as our American and Canadian cultures are reflected in the spiritual communities that we build together.   If we do not speak out, then our unique perspective has no voice, and we allow others to claim that their views represent the “right” expression of religious convictions.

In the Reconstructionist movement, where we have people with views from across the political spectrum, speaking out can be hard to do. We don’t (and we won’t) always get it right. It will take time and hard work to find the common ground from which to speak, as it always has.

At Reconstructing Judaism, we are working hard to create spaces in which these brave conversations can be held, civilly and respectfully, across differences and through our confusion. I urge everyone in our movement to immerse themselves in these discussions through Evolve: Groundbreaking Jewish Conversations, and to join in the conversations there. I point also to our joint commissions with the RRA: the Joint Israel Commission and the Tikkun Olam Commission. These commissions include rabbis and lay members from across the political spectrum and across North America, and are intended to help shape our collective discourse and our actions as a movement, on crucial issues.

We will not always agree. But if we commit ourselves to doing the work, if we are willing to learn together, to talk to each other and to wrestle with the difficult questions, then I believe our genuine voice will emerge, and we will be empowered to play a valuable—and I would argue necessary—role in the public discourse. 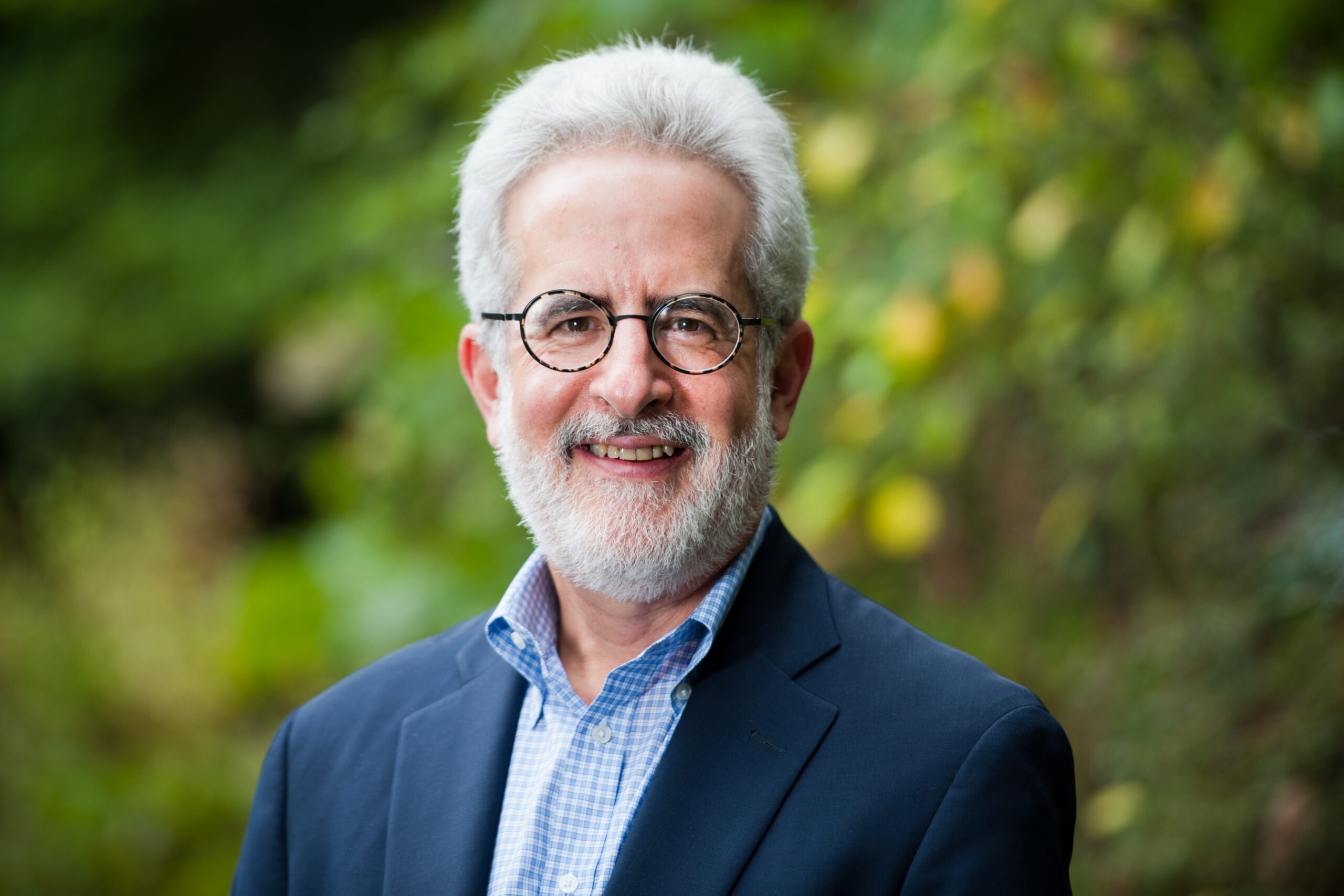