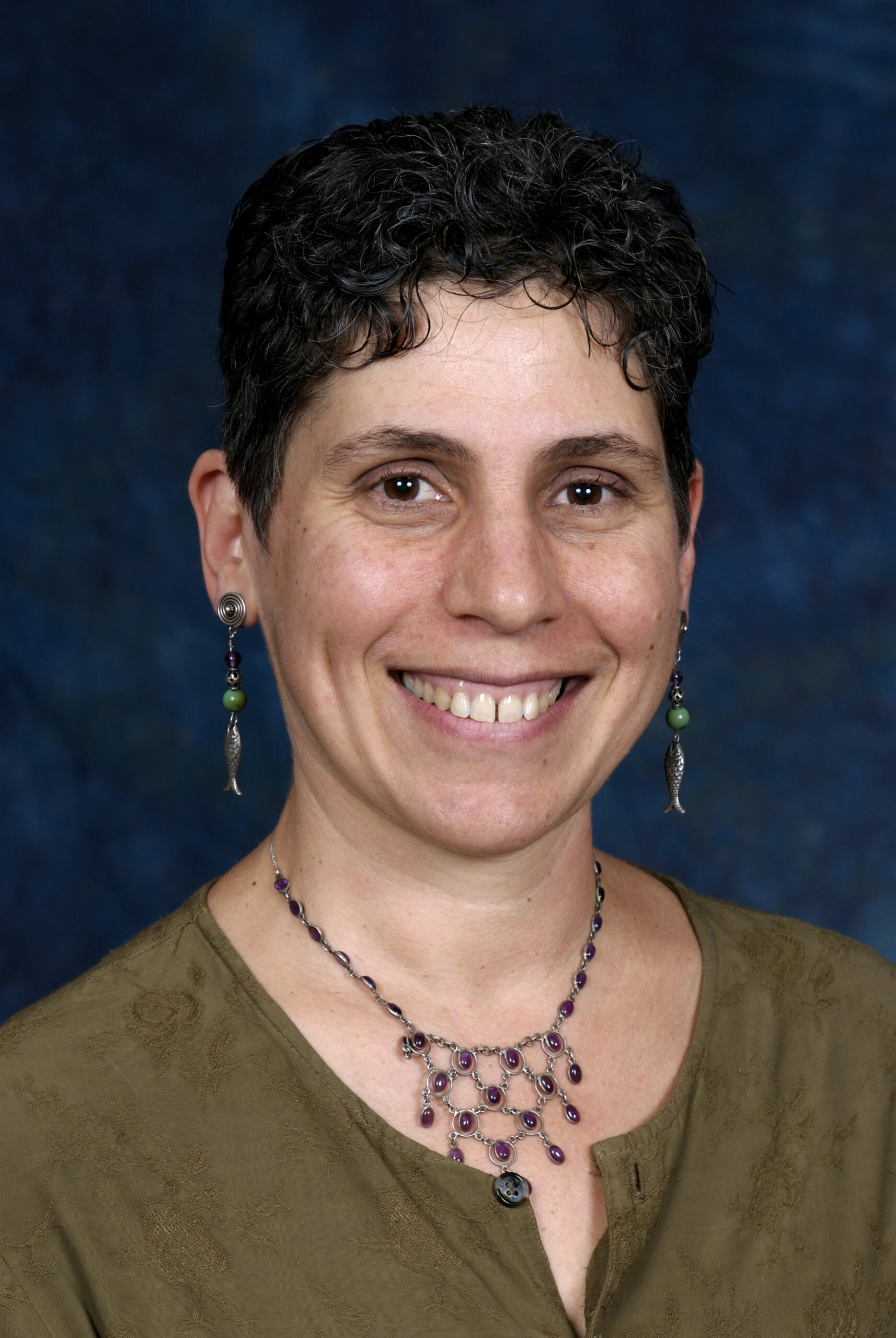 Rabbi Vivie Mayer directs and teaches in Reconstructionist Rabbinical College’s Mekhinah (preparation) program. Throughout her 15 years teaching at the college, she has directed the Beit Midrash, taught liturgical skills, helped future rabbis discover their singing voices and mentored countless future rabbis with an approach described as “rigorous” and “tender.”

Mayer, a 1996 RRC graduate, believes that rabbis serve as translators and transmitters of Jewish texts, so they must be able to access those texts in their original Hebrew and Aramaic. She recognizes how difficult the material can be for those not steeped in Jewish education, yet she believes that Hebrew is part of the heritage of all Jews. By emphasizing immersion, and through patient and compassionate teaching, she helps students achieve what many themselves did not believe possible. She also stresses that no rabbi can learn all they need to about Jewish texts and traditions in five or six years, and that the program prepares students for a lifetime of Jewish study.

Prior to teaching at RRC, Mayer served as rabbi of Congregation B’nai Israel in Danbury, Conn., for 10 years. During that time, she also served as a chaplain for Jewish women at the Federal Correctional Institution in Danbury. For seven years, she was an active member of the Reconstructionist Rabbinical Association board and executive board.

She also lived in Israel for seven years — in Beit Shemesh, teaching English as a Second Language in middle and high schools, and on a kibbutz, working and teaching Jewish studies to adults. She is a graduate of Queens College of the City University of New York.

Mayer, who grew up Modern Orthodox in Queens, N.Y., has a background in Jewish education and was drawn towards social work. It wasn’t until her late 20s that she realized she could teach and counsel by becoming a rabbi. Even as a student, she was a teacher. While studying at RRC, Mayer initiated and taught what is now the Learner’s Minyan, a “how to” course for Mekhinah -year students. She also taught the Jewish traditions class, designing syllabi that integrated text study with learning Jewish practice.

Mayer has an article in The Women’s Haftarah Commentary (Jewish Lights Publishing, 2004).

Mekhinah Rabbinic Hebrew: This course introduces students to the poetic language of classical, Rabbinic-era prayer through central texts of the siddur.

High Holyday Mahzor: This course focuses on Hebrew language, theological expression and translation of texts into contemporary American idiom through the creation of framing kavvanot, sermonettes and sermons.

Hilkhot Evel: This course explores all 14 chapters of Hilkhot Evel in Maimonides’ Mishneh Torah, engaging with the array of halakhic issues that arise around death and ritual mourning.

In 2017, Rabbi Vivie Mayer appeared as a guest on Hashivenu: Jewish Teachings on Resilience, a podcast hosted by Rabbi Deborah Waxman, Ph.D., president of Reconstructing Judaism. The episode was titled Teshuvah and Forgiveness.

Rabbi Vivie Mayer spoke in 2020 about The Ancient Maaser Sheni: The Second Tithe as part of the Recon Connect Beit Midrash.

On the brink of Shavuot, Rabbi Vivie Mayer shares insights into the concept of multiple intelligences as it applies to receiving Torah.