As a child, I loved Jeff Brown’s popular children’s book, Flat Stanley. In the book, poor Stanley Lambchop is flattened like a board when the bulletin board in his bedroom falls on top of him. The book tells of the many adventures he has – sliding under doors, being mailed in an envelope, being flown like a kite – in his altered state. At first, Stanley loves being flat, and all the fun, silly things it allows him to do. But the longer he remains flat, the more frustrated he becomes at his one-dimensional status. His younger brother finally saves the day by using a tire pump to blow Stanley back into a three-dimensional little boy.

Too often, we in the Jewish community view others as one-dimensional flat Stanleys, instead of as multi-faceted three-dimensional selves: as interfaith, or a person of color, or a person who is deaf or hard of hearing, or a member of a same-sex couple. I see the cutting edge of Judaism in North America in the ways that intersecting identities enhance and broaden our concepts of Judaism. Not either/or, but both/and: we are more than the sum of our parts.

You can be from an interfaith family or in an interfaith relationship, and a person of color, and in a same-sex relationship, and a person with disabilities, and a millennial, and a parent, and a college graduate, and…  and… and…. We want to honor and support all of each person’s identities, in all of their complexity and beauty. In the past – and in many places, still – people who carry multiple salient identities were asked to check some of those identities at the door. After all, it’s hard to deal with complexity – and not being able to easily characterize where people belong is challenging.

Here at InterfaithFamily, I think the work that we are doing is cutting edge specifically because of our understanding of the complexity of identity. We are willing to honor and engage the whole self, the whole family – to acknowledge and embrace the diversity of Interfaith families and the complexity of their lives. Interfaith families are not monolithic, or even static, in their identity, their sense of spirituality, their practice of Judaism. We are not just in Jewish-Christian relationships, but also Jewish-Hindu, Jewish-Buddhist, Jewish-Sikh, and many others, all of which have their own stories, triumphs and challenges.

We hope to challenge the assumptions of what “interfaith” looks like.  Earlier this year, we launched the #ChooseLove campaign. It’s a visibility-raising, partnership-building effort meant to engage other organizations and interfaith families in showing the diversity and complexity of their lives. Because being Flat Stanley isn’t ever fun for long. 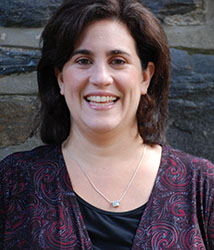 How One Interfaith Family Found a Home at Synagogue

In an article in the Forward, Debbie Karl, a member of Reconstructionist Congregation Or Hadash, recounts the ways in which her interfaith family was welcomed into Jewish life.

This is a short Passover reading that expresses appreciation for people of backgrounds and identities other than Judaism. It would work well in a community seder, as well as home seders.

The Midwives of Exodus: An Interfaith Text Study

An easily-accessible text study about the ethnic ambiguity that the Torah presents us with regarding the midwives who refused to obey Pharaoh’s orders.