Shavuot: The Harvest Festival of Torah

A good case can be made for Shavuot being the most important of all the Jewish festivals. The revival of its observance is of particular concern to Reconstructionist Jews because our understanding of the nature and task of the Jewish people in the world and of what God should mean to us cannot be separated from our reinterpretation of the meaning of Torah. Shavuot is the festival of the giving and the receiving of Torah — of Torah as revelation, as law and as study. The word “Torah” means teaching, guidance, instruction, orientation. It is actually synonymous with Judaism itself and it has been used as such through the centuries.

In the Pentateuchal Torah (the Five Books of Moses), the Jewish people is told to count off seven weeks from the second day of Passover: “Start to count the seven weeks when the sickle is first put to the standing grain. Then you shall observe the Feast of Weeks for the Eternal your God, offering your freewill contribution … You shall rejoice before the Eternal your God with your son and daughter … and the stranger, the fatherless and the widow in your midst” (Deuteronomy 16).

Harvest festivals are universal, and Israelite farmers probably observed their harvest festival in ways not much different from those of their neighbors. What transformed Shavuot into something more than an agricultural celebration was the fact that our forebears gradually came to thank God not only for the harvest of their fields, orchards and vineyards, but also for the laws and traditions of the harvest which they had developed during the centuries. Israelite law, for example, insisted that even during the busy planting and harvesting seasons the Sabbath be observed as a day of rest for people and animals alike (Exodus 34). Indeed, the original reason for counting the days of the seven weeks may have been to keep track of the Sabbaths. Israelite law also ordained that the edges of the field and the gleanings of the harvest belonged exclusively to the poor and unfortunate. “When you reap the harvest of your land, you shall not reap all the way to the edges of your field, or gather the gleanings of your harvest. You shall not pick your vineyard bare, or gather the fallen fruit of your vineyard; you shall leave them for the poor and the stranger” (Leviticus 19).

Since the Israelite saw God’s gift in the laws of the harvest as much as in the harvest itself, the book in which those laws were eventually recorded (the Torah) also came to be regarded as divine and the feast of the harvest became the holiday of revelation (the Season of the Giving of the Torah). With time, the agricultural aspect of Shavuot became secondary and the festival was observed primarily as a celebration of the revelation of the written and oral Torahs (the Pentateuch together with the Talmud and the Mid-rash). Two thousand years ago, the Pharisees, the primary shapers of Judaism as we know it today, championed this view.

That the laws of nature and the ethical laws by which people should live are all derived from the same divine source is beautifully expressed in the 19th Psalm:

The heavens declare the glory of God,
the sky proclaims God’s handiwork.
Day to day makes utterance,
night to night speaks out… .

According to Mordecai Kaplan, the outstanding characteristic of the Jewish religion is actually “its conscious emphasis upon the teaching that the moral law is the principal manifestation of God in the world” (The Meaning of God in Modern Jewish Religion). As Samuel S. Cohon writes (in the Universal Jewish Encyclopedia): “Historical analysis, while showing the human origin of the Torah and its development in response to ever-changing needs, thereby undermining its claim to absoluteness, also demonstrates its abiding character in Judaism. Indeed, Judaism is the religion of Torah, not alone of the Written Law, nor even of the Oral Law, but of the religious growth of the Jewish people in religious knowledge and culture.”

The significance of Torah as law harkens back to the legend of God’s choice of Abraham to be the progenitor of a people that would be a blessing to all nations. According to the story (Genesis 18:19), God had foreknowledge that Abraham would instruct his household and his posterity to observe “God’s way,” which is the practice of justice and law (actually, justice under law). Perhaps the time has come to stress this legend on Shavuot, rather than the one about God giving the Torah to the Israelites through Moses on Mount Sinai. “The actual revelation of God,” Kaplan wrote (in If Not Now, When?), “took place not amid the thunder and lightning on Mt. Sinai but in the ‘still small voice’ of Israel’s sense of human history.”

The Reconstructionist approach to Judaism actually commences with Mordecai Kaplan’s realization that “as long as Jews adhered to the traditional concept of Torah as supernaturally revealed, they would not be amenable to any constructive adjustment of Judaism that was needed to render it viable in a non-Jewish environment” (Mordecai M. Kaplan: An Evaluation). These words still ring true for many of the most religiously sophisticated among us. Jacob Agus, in his discussion (in The Evolution of Jewish Thought) of Maimonides’ attitude to the idea that God spoke in an audible voice at Sinai, or that the revelation there actually took place as described in the Torah, reminds us that “when the Jewish people stood at the foot of Mount Sinai and heard the Ten Commandments recited by Moses, they were so deeply moved that in their imagination they heard voices and beheld wondrous sights. But the account of the revelation must not be taken literally … according to Maimonides, the account of the Sinaitic revelation in the Book of Exodus should be read as a parable (mashal) … in general, ‘the inner meanings of the words of the Torah are the gems while the literal parables are no more than illustrations.’”

In its capacity as law, the Torah has enabled us to be a self-governing, self-educating and self-perpetuating civilization throughout our history. Jews always felt that “Your principles have been the music of my life throughout the years of my pilgrimage … If your law hadn’t sustained me with joy, I would have died in my misery” (Psalm 119). The ultimate explanation for the survival of the Jewish people may be traced, in Eugene Kohn’s words, to “the will of Israel to live which proceeded from the love which the Jewish people had for its way of life as prescribed in the Torah.”

Nor has Torah as law (halakha) lost its ability to contribute to Jewish survival today. “If all of us,” Kohn wrote (Reconstructionist Pamphlet Series, 1966), “seek to understand the value of the mitzvot and practice as many of them as have value for us, they will be able to function as a religious influence on our lives.” The idea of Torah as law should also serve to remind us that moral responsibility, which is mediated through conscience, is the principal manifestation of God in human experience. Moral responsibility, or the ability to choose among alternatives those which express ethical and spiritual qualities, is the modern version of ancient Israel’s idea of God’s law for human life. “Responsibility,” wrote Kaplan, “is modern man’s equivalent for the traditional concept of Divine law for man” (“A Philosophy of Jewish Ethics” in The Jews: Their Role in Civilization, edited by Louis Finkelstein).

In Jewish tradition, the study of Torah has always been viewed as the most important of the commandments. From the Reconstructionist point of view, the scope and content of Torah study should be expanded. Torah study would then include the ideas and documents that went into the making of the Pentateuch and the other parts of the Hebrew Bible (the “proto-Torah”). The Pentateuch itself would be studied in historical context and from the points of view of comparative religion and literary criticism. In addition to the traditional law and lore of our people, Torah study should involve the study of Jewish history and culture through the ages. The study of Hebrew and Yiddish language and literature should be emphasized but the study of the literature of the Jewish people in non-Jewish languages should be included. Torah study must also embrace study of other civilizations and cultures that can help in our quest for the meaning of both humanity and divinity.

The study of Torah every day of our lives, like the reading of Torah in the synagogue, can also be viewed, in the words of Jacob J. Weinstein (CCAR Proceedings, 1952), “as a ritual of learning, as a symbol of our reverence for knowledge, our passion for truth seeking, our consuming conviction that knowledge, not ignorance, is the road to bliss and the pathway to God. We should attend it with such instruction as will make it clear that this is an unfinished book, its meaning changing with the changing hungers of people, its pages ever open to new insights.”

For Reconstructionist Jews, the Torah is divine not in the sense that God dictated it to Moses or gave it to us, but in the sense that the Process by which our people discovered its laws, spun its narratives and authored its poetry is exactly what we mean by God. Even the ethical shortcomings of the Torah are a source of insight and instruction for us. The God of the Torah is, for us, the spirit of the Jewish people at its best. In periods of religious introspection and exaltation, this spirit gives voice to those eternal ethical and spiritual insights in which we behold manifestations of a Power that is the ultimate source of goodness and truth.

While we are grateful and proud that the Torah has become the heritage of many peoples, for us the secret of its greatness lies in the fact that it is of the Jewish people, by the Jewish people, and for the Jewish people — our sacred and living heritage. In this heritage, universalism has always been inextricably and benevolently interwoven with particularism. Although such particularism today must be free of every taint of exclusivism and intolerance, our hope for human survival is indissolubly linked with hope for the survival and flourishing of our own distinctive peoplehood, culture and religion.

The Jewish people created the Torah and the Torah, in turn, has created and recreated the Jewish people throughout history. It has conferred purpose and meaning on both our collective and individual existence, and has filled our lives with the blessings that come from the striving toward perfection. The insight of Saadia Gaon that “our people is a people only by virtue of the Written and Oral Torahs” is both descriptive and prescriptive. The reading of the Book of Ruth on Shavuot, one of the beautiful traditions of this festival, has special meaning for us because we sense the profundity of its message (Ruth 1:16) that only when the Jewish people is truly our people because we identify with it emotionally, culturally and spiritually — only then do we experience its God as our God. 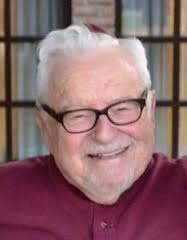 On the brink of Shavuot, Rabbi Vivie Mayer shares insights into the concept of multiple intelligences as it applies to receiving Torah.

Reconstructing Judaism has just rolled out Evolve: Groundbreaking Jewish Conversations with the intention of hosting difficult, groundbreaking conversations that are nevertheless mutually respectful and supportive. We invite you to visit Evolve and to join the conversations!