Jewish communities of all stripes are grappling with the challenge of creating more inclusive communities. In particular, there is an unprecedented focus on welcoming LGBT (lesbian, gay, bisexual, transgender) Jews. At Congregation Bet Haverim (CBH) in Atlanta, our commitment to inclusivity emerged organically. Founded by gay and lesbian Jews, we became straight-welcoming; today, straight members constitute the majority. We had to decide whether our values were queer specific or queer universal. Was our mission to create a community that primarily serves LGBT people, or was our mission to honor all those who struggle to find welcome, comfort, or celebration? Did we only know our queer hearts or did we know the heart of the stranger and seek to love the stranger as ourselves?

At CBH our evolution is firmly grounded upon our beginnings. Haverim, a social group for gay men and lesbians, preceded CBH. As the story is told, Haverim had existed for almost two years when it held a Passover Seder in 1985. During the traditional telling of the Israelites’ journey from oppression to liberation, a parallel discussion began. This group of oppressed Jews did not need a social group as much as a spiritual home–a place to worship where their lives could be celebrated as sacred and where they could further their Jewish learning and connection. They envisioned a place where they felt free to be themselves: a gay Synagogue. This is an origin story ripe with symbolism to which I continue to refer as we change and emerge, no longer a gay synagogue, but something altogether different.

When CBH was founded, synagogues were not welcoming of LGBT people. At best, synagogues would overlook one’s sexuality; participation was contingent on silence. CBH was not permitted to join the Atlanta synagogue council. First, the council excluded the congregation because it didn’t have a rabbi. When a rabbi was hired, the council disbanded because there was disagreement whether to allow the “gay synagogue” to join. Thus, well into the 1990s, CBH and LGBT Jews generally were excluded from the community: a synagogue founded by and for gay and lesbian Jews was needed.

In the early 1990s, leaders in the Jewish community discovered that gay Jewish men dying of AIDS were having to turn to Christian ministers to bury them. A conference focusing of the Jewish community and AIDS was held, and CBH began to partner with the local Federation.. This was CBH’s first primary encounter with the “mainstream” community, and a funny thing happened. A few of the straight Jews participating liked the people they met from CBH, and began to attend CBH services. Soon a small minority of straight folks were present. According to another apocryphal story, one of them asked for permission for his family to join and said that they would not come silently; they would invite others to this community where they felt at home.

Once families with children joined, a Hebrew School became necessary. It required discussion, but the congregation eventually voted to establish one of the first supplementary schools for children at an LGBT synagogue—a decision that forever changed the course of CBH. Having a place where children could be educated made it possible for other straight folks to consider CBH a viable option.

At that point, the very definition of CBH became fluid. Were straight members equal? Debates ensued about whether straight members could hold leadership positions, particularly that of president. While there was no consensus (even among straight members), ultimately the congregation rejected the notion of second-class citizenship. All should be equal. This is a value that CBH has held onto through shifting demographics. Valuing the egalitarian standing for all members, along with an emphasis on grassroots democratic leadership, were significant in CBH’s decision to affiliate with the Reconstructionist movement, a decision made when the congregation was almost exclusively gay and lesbian. When I arrived as rabbi in 1999, I found tension among different groups. There were complaints that one group was favored over another. Some felt that lesbians were the key decision-makers. Others feared that the straight members were growing too quickly and that the synagogue would cease to serve the founding vision. Some prospective members were reluctant to join either because the synagogue was not “queer” enough or because it was not sufficiently “straight-welcoming.”

I had served in different capacities in two other primarily LGBT congregations, and I started at CBH with the belief that LGBT-exclusive communities were no longer the most vital choice. While safety and creativity could thrive in LGBT-exclusive communities, they could also be limiting and might sometimes prevent healing by recreating a cycle of victimhood. We did not need ghettos, but rather a place where our value as LGBT people was inherently a part of the foundation and could be utilized to cultivate allies and companions on a Jewish path of renewal. But the initial situation was challenging. Despite attempts to treat everyone equally, people’s fears were not allayed.

Two things happened in close proximity. I joined a clergy supervision group and asked them to join with me to explore this challenge. A simple solution emerged: change the conversation from us vs. them to us and them. At the suggestion of a member of the Executive Committee, leadership began to refer to the synagogue as a “grand experiment”—when speaking to the entire congregation, in our literature, in sermons and kavanot. We began to represent ourselves as a synagogue where gay and straight people were courageously exploring how to be in spiritual community together. As members embraced this vision, a culture shift began in how we viewed the work of our synagogue.

The community became the focus as we worked to create a comfortable atmosphere for people to get to know each other, as well as opportunities for them to do so. Labeling it as an experiment permitted members to acknowledge their initial discomfort. During one High Holy Day talk, I pointed out the challenges of this “experiment.” Gently, I discussed how the progressive but privileged group in society (the Straight community) often tries to erase lines of difference, claiming that we are all the same. On the other hand, frequently the progressive but marginalized group (the LGBT community) only sees the lines of difference. Ultimately, as a spiritual community, I said, the opportunity is to mark both: the ways that our lives are different due to significant inequality and how we transcend our differences as human beings. I have continued to emphasize how we all gain spiritually by moving out of our comfort zones in order to connect with each other.

A number of years ago, when our membership still had more LGBT households, some queer graduate students remarked that the synagogue felt more like a congregation that was “gay-welcoming” than like a gay synagogue. This caused great alarm to many of our members. Rather than dismiss this critique, we held parlor meetings. Two things happened at the meetings. First, many people who had not really met each other in the midst of our growth surges had the opportunity to get acquainted. Second, many straight members expressed their hope that the queer-sensibilities of the synagogue would be protected.

We began to view the LGBT liturgy in different ways. Many straight people expressed uneasiness reciting a Prayer for the End of Hiding that is a regular part of CBH’s liturgy—a prayer that begins with “As Gay and Lesbian Jews….” In response, we found new ways to discuss the importance of this prayer, and that has led to dozens and dozens of kavanot given by me, LGBT members and many straight folks. We have also rewritten our Pride Seder Hagaddah to recognize bisexuals, transgender people and straight allies more explicitly. The third of four cups we drink is in honor of allies.

This is not lip service. At CBH, many of our straight members have become outspoken allies. During the marriage amendment fight, a group formed from members of the synagogue, Straights in Solidarity, protested along with the CBH chorus at the capitol, spoke on television, and lobbied members of the legislature. Our school interweaves LGBT issues at age-appropriate levels. We have a Pride celebration and workshops. Both in word and action, we see how, in an ongoing way, we have thrown our lot in with each other.

We put practical actions into place to ensure the balance, making sure that LGBT and allied voices are represented as leaders. In my ten years there have been seven presidents, three of whom were straight and four of whom were lesbian. Our Tikkun Olam committee has made sure that one of the pillars they focus on is LGBT rights. As a synagogue, we continue to support the Rainbow Center–a LGBTQ education, support and resource center out of JF&CS (Jewish Family and Childrens’ Services) that I founded with the help of members from the synagogue and the larger community. The board and the ritual committee try to strike the right balance of programming.

We are no longer an experiment. The vision language that we have developed is that CBH is a gay-founded synagogue that honors and expands the vision and the intent of our founding members. Their desire was to create a place that welcomed Jews who did not feel welcome. It has been an organic and logical outgrowth of these values to continue to open our home to Jews and their loved ones who have been ignored or discarded in our larger community. Thus we take immense pride in being a home that celebrates its queer values by ensuring that interfaith families, single parents, Jews of color, spiritual seekers, multiracial families and people of all economic means have a home that honors them. We have become a values-based community rather than an identity-based synagogue. Some call us “post-gay”; I think that term is problematic.

We are creating a Jewish version of King’s beloved community. We have concluded that we cannot ignore that we know the heart of the stranger. This is where our experience, though inverse, can apply to all communities, not just LGBT-founded communities. Here are some lessons learned along the way:

Our queer founding is the root that stabilizes us. “Even ma’asu habonim haitah l’rosh pinah. The stone that the builder refused has become the cornerstone.” (Psalms 118:22) We at CBH retell the story of our founding much like the repetition of the Passover story. This common narrative binds people of different backgrounds with a shared mission. We let our values guide us in striving for sacred community. Many of us we were wandering Arameans—seeking a new home. LGBT and Straight, we have found that home at CBH, which is why as one founding member suggests, our unofficial tag line should be Congregation Bet Haverim: Queers of All Orientations. 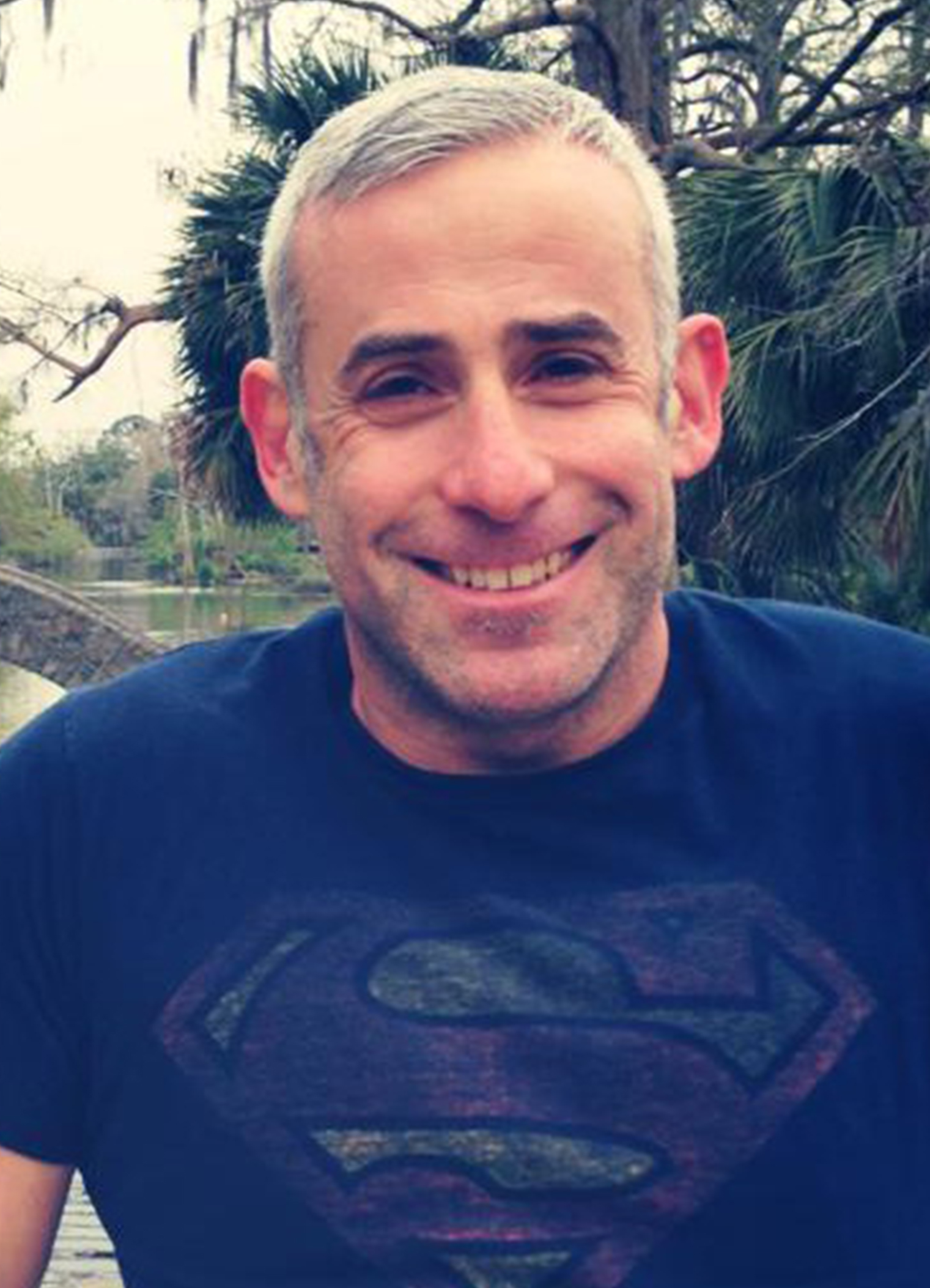