When Family Are Strangers

My late brother was the “stranger” in my life. We were born on the same day two years apart but were so vastly different. It isn’t just the end of his life which sets us apart, it was his personality and the way he lived that made him a conundrum to me. He held responsible jobs for most of his life in spite of constantly fighting depression. Medication was helpful until it wasn’t and had to be adjusted. Those periods were fraught with anxiety and tension for him as well as for me and our family.

When someone so close warns you of suicidal tendencies, it isn’t like telling you about upcoming bypass surgery or the need for a change in blood pressure medicine. My heart stopped when that scary email arrived a few years ago. I wanted to get on the next flight and help him, but had to clear things at work first. After arriving, he was more stable but not overjoyed to see me. He wasn’t a great communicator in general, but his then placid attitude was baffling.

That visit brought on a few years of what I considered to be a return to normalcy. This was a mistaken impression on my part. Suffice to say that the medication probably worked well for a while and then began to fail miserably. He hid his downward slide from everyone, and then when he hit rock bottom he made a fatal decision.

Some of you may know people who have succeeded at committing suicide. I didn’t know many when I got the news that my brother had committed suicide. That makes him the ultimate “stranger” in my life and there was no way to reach him to work it out. Of course I was powerless to prevent this act, but it took a long time and counseling to come to that conclusion.

My reason for telling this story is not to engender sympathy but to talk about the encounter with a type of otherness that surrounds us. Mental health counselors can and do help many people like my brother, but to express the fact that suicidal individuals are truly different, neither bad nor good, but a category apart – the stranger among us.

One of my favorite verses, Deuteronomy 30:19, took on different meaning after my brother Sam committed suicide in May of 2016.

“I call heaven and earth to witness against you this day, that I have set before you life and death, the blessing and the curse; therefore choose life , that you may live … ובחרת בחיים”

Happily, it is my nature to choose life and I fervently hope that our entire family and yours does too. 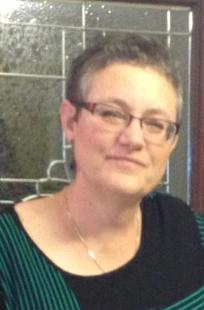 As the fast day of Tisha B’Av approaches, Rabbi Jacob Staub asks: why do we harp on sorrowful events that occurred so many centuries ago? The answer lies in the nature of grief.

Faculty, staff and students at RRC led a program explaining the Reconstructionist perspective on a traditional pre-burial ritual.