The Mighty Waters of Justice & Love

This week’s guilty verdicts in the trial of Derek Chauvin for the murder of George Floyd z”l was a significant moment for our country. So many emotions filled the airwaves of relief and gladness, yes, but also resolve, determination, and clarity that the moment represents a long overdue reckoning for racial justice and against police brutality in America. And yet, the welcome verdict was also an anomaly, as most cases when a black person has been killed by police there is rare accountability. In many ways, the hero of this story is Darnella Frazier, the 17-year-old who filmed the tragedy as it unfolded, shared it widely on social media, which enabled people to rise up, and bend the moral arc of the universe a little more towards justice.

The hashtag #justiceforgeorgefloyd has been ever present in social media since he was killed on May 25, 2020, and even in the hours after the verdict, analysts and commentators went back and forth as to whether justice had been served, or whether justice remains elusive. Justice is not achieved in one correct decision surrounded by countless unjust ones, we know this. Black people are exhausted by a cycle of racism, protest, inaction, followed by no conviction. In the last week of the trial alone, we witnessed the deaths of Daunte Wright, Adam Toledo, and — as of Tuesday — Ma’Khia Bryant, all at the hands of police; and there are still three officers who have been charged with aiding and abetting Floyd’s murder who have yet to be tried.

The essence of the biblical understanding of tzedek – justice – urges the understanding that justice is something we must pursue in order to create the kind of society in which each of us is seen as a child of God, worthy of dignity, love, and respect. The verses in Deuteronomy which urge us to pursue justice are grounded in the imperative that only a system of justice that can govern all the people with due process, judging fairly always, and showing no bias – implicit or explicit (16:20) – is exemplary. Justice can only really be served when we understand that humanity and our systems must live and govern by an appreciation of holiness as outlined in this week’s double portion of Acharei Mot-Kedoshim.

The portions lay out a thorough system of behavior designed to manifest the Godly force in the world through the ordinary actions of human beings. Holiness is a concept in the Torah that is something that is meant to be achieved by individual behavior, which, when collectively valued and executed, has tremendous lasting power.

The mitzvot offered in these chapters of Leviticus are meant to be the life-breath of the people. The text says, “These are the things a person shall do and live by them – va’chai bahem.” (Lev. 18:5) After seventeen chapters in the book the ritual laws shift to include ethical and moral laws, and we should do these mitzvot, because the empathy towards other human beings found in them help us to feel truly alive.

At the same time, the kedusha – holiness – offered by these texts reflect the delicate balance between being holy where each and every one is considered holy because God is holy, and the many ways to become holy by our actions. Just because we might be holy in some innate or intrinsic way does not mean we don’t have a great deal of work still to do to bring that holiness beyond ourselves. The prophet Isaiah taught us that we must learn to do better, demand justice, and correct the wrongs of society (Isaiah 1:17).

What was missing on that fateful day and every day a black person is targeted by police violence is love. At the center of the holiness code outlined in this week’s reading is the commandment to love our neighbor as ourselves (Lev. 19:16). The Torah’s agenda for the word kamocha – as yourself – is YOU. We must understand that any person whom we think is other, is really ourselves, and our behavior towards others must reflect the love we have and want for ourselves. The great sage Hillel taught that this is the entirety of the Torah, what is hateful to you, do not do to anyone else.

May George Floyd’s memory continue to be a blessing and may justice keep rolling down like mighty waters, righteousness like an ever flowing stream. 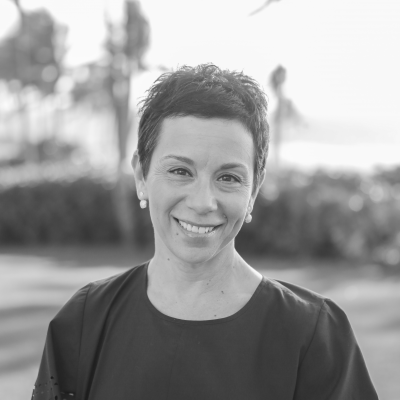