Silence in the world of verbal communication can be as complicated to interpret and as deliberate as any word choice. We are often as careful (or should be) about when we choose to remain silent as we are about the words we use to convey a message. In the world of printed words, silence is every bit as powerful as in the audio world. However, it is much more difficult to indicate.

In our Torah, silence is crucial. First and foremost, silence is represented by the “empty” or more precisely, unfilled spaces that surround the letters on the parchment. Think of this as negative space. The unfilled space of the parchment is comparable to what a sculptor takes away from a stone to reveal what is hidden within. Indeed, our sages prescribe in detail the dimensions of this space. (For a fascinating study of this I suggest The Burnt Book by Mark-Alain Ouaknin). For those familiar with Torah reading, you will readily understand when I say that one must know the value or meaning of empty space, i.e. which dots (vowels) must be used, in order to correctly read Torah.

In this week’s Torah portion there are two orthographical indications of silence. To understand their significance it is vital to reread the beginning of Numbers 25. The Israelites have become very intimate with the Moabites. This looseness of the boundaries has greatly saddened Moshe and angered God who in turns brings down a plague of great destructive force. Despite the plague and the obvious lack of approval of Moshe and God, an Israelite leader named Zimri flaunts his affair with Cozbi, a Moabite princess. Pinkhas, in turn, responds by brutally murdering both Zimri and Cozbi. In response God ends the plague.

Here is where the orthographical marks show up: In Numbers 25:12, as a reward, God grants Pinkhas “My pact of peace”. It is for us to understand why he should thus be rewarded. By interpreting the silence in this text, we can surmise that it was also very difficult for the author or redactor of the Torah. (It doesn’t matter whether you believe that the author was a person or God). In Hebrew, the phrase “My pact of peace” is אֶת־בְּרִיתִ֖י שָׁלֽוֹם, et-beriti shalom. The grammar of this phrase is an unusual form known as a broken construct. The phrase is most likely elliptical for something like “My pact with/of peace” or ‘My pact, a pact of peace’. (JPS Torah Commentary: Numbers by Jacob Milgrom, p. 216). Admittedly the missing or “silent” part of the reward is subtle here. Nevertheless, the “silence” can and should be interpreted as kind of protest against God, or at least against this kind of rewarding violence. Understandably, however, the voice of protest is further muted by the ostensible approval of such violence.

The second orthographical mark of “silence” is both less subtle and louder, so to speak. The last verse in this bloody, violent chapter (Numbers 25:19) is interrupted with a musical note called a piska be-emtza. It is an unusual break in a sentence. In this case, it marks the end of the recounting of the violence which precedes the start of yet another census. Traditionally this has been interpreted in two ways: either the census is in preparation for a war with the Midianites (which we encounter in a few chapters), or the previous plague wiped out the remainder of the generation destined to die in the desert. I would like to suggest that the pause is there as a gasp of silence. “What a minute,”I hear the Masoritetic authors of our vowels and musical notes, “you can’t just change the subject after dumping all of that violence on us.” Yet, tradition won’t allow us to literally change the text. We can’t add or fill in more space to the Torah but we can add silence. And so, the Masoretes used silence to register a very loud complaint. 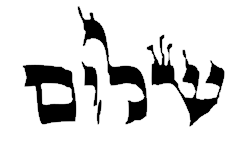 Editor’s note: There is also a scribal tradition that reinforces Rabbi Cohen’s point: In the calligraphy for Numbers 25:12 in the Torah scroll, the word shalom, “peace”, is itself broken in a very physical way: the letter vav in shalom is written with a broken vertical stroke. The word shalom, in addition to “peace”, means “wholeness” or completion. The symbolism of mandating a broken version of this specific word, in this specific verse, sends a powerful message of protest: a “covenant of peace” founded on zeolotry and bloodshed is flawed at its core. It is no true peace at all. — Rabbi Michael Fessler 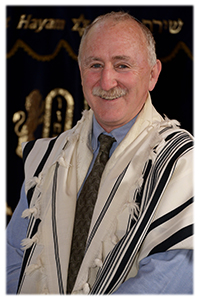