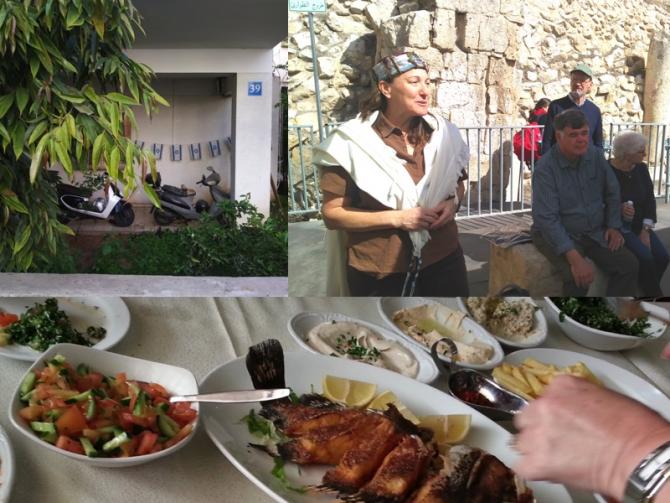 These selected resources on Israel and Reconstructionism reflect our commitment to and engagement with Israel as an essential center of Jewish peoplehood.

This 3-part online class offers a comprehensive but accessible overview of how Jews came into being as a nation in the ancient Land of Israel, how their many centuries of exile affected their relationship to that land, and how modern Zionism developed into a successful state building movement culminating in the establishment of the modern State of Israel in 1948. The series also unpacks the major components of the Israeli-Palestinian and Israeli-Arab conflicts, taking care to honor both Palestinian narratives and Israeli narratives of what happened and continues to happen. Side by side, the course attempts to describe and humanize the narrative of dispossession and resistance of the Palestinians alongside the narrative of survival, return, and state-building of Jewish Israelis.

Rabbi Donna Kirshbaum has never been one to shy away from a challenge. She has operated a dairy farm in the Missouri Ozarks, eked out a living as a classical cellist, enrolled in the Reconstructionist Rabbinical College in her 50s and started a new life in Israel in her 60s. Now a member of Israel’s largest grassroots movement, she is pursuing a goal that’s eluded the world for a century: a negotiated political settlement between the Israelis and Palestinians.

Posted on February 21, 2020 by Bryan Schwartzman
News
News and Blogs

Pride Month, Israel, and Us

The Joint Israel Commission gathered in person at the Reconstructing Judaism convention. Rabbi Maurice Harris reports on their activities and next steps.

When we began our Israel journey together in Tel Aviv on March 7th, we were 25 people representing 11 Reconstructionist communities who travelled there on the promise to go places and meet people that even veteran Israel travelers hadn’t visited or met. And on that promise, the Reconstructing Judaism Israel Mission Trip delivered.

Israel at 70: State of Hope, Conflict, and Possibilities

Reflections on Israel as it turns 70

Remembering How To Listen: A Reconstructionist Trip to Israel

Jennifer Ferentz recently returned from the first-ever Reconstructionist Birthright trip to Israel. She reflects on her experiences.

During her first pregnancy, Rabbi Amy Klein shared this reflection on the experience of pregnancy in Israel.

Posted on January 31, 2017 by Amy Klein
Article
News and Blogs

A participant on the first Reconstructionist Birthright trip reflects on her journey.

This text study, prepared by Rabbi Nina Mandel, contains pairs of passages examining biblical and contemporary notions of what “Promised Land” means, and how it has been interpreted by Jewish thinkers over the millennia.

A Zionism Worth Reconstructing

This 2004 report of the movement’s Israel Policies Task Force emerged from a movement-wide process that solicited thoughtful input from Reconstructionists across the country. While much has changed over the past decade-plus, most of this earlier report’s framework and recommendations are still compelling and sound.

Posted on May 4, 2016 by Israel Task Force
Article

Values, Middle East Politics and the Future of Israel

Robert Prybutok critiques an idealistic approach to Israel's negotiations with its neighbors, and argues for tough-minded pragmatism in the service of ideals.

Posted on May 4, 2016 by Robert Prybutok
Article

Rabbi Toba Spitzer describes two competing narrative frames about the Israeli-Palestinian conflict, and the need for new thinking to transcend them.

Posted on May 4, 2016 by Rabbi Toba Spitzer
Article

Rabbi Rebecca Lillian reflects on the moral hazard posed by Israel’s occupation of the West Bank.

Posted on May 4, 2016 by Rabbi Rebecca Lillian
Article