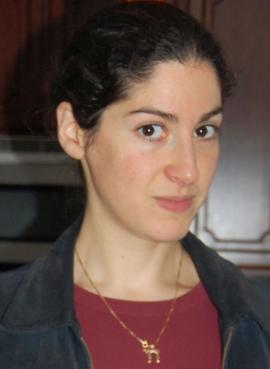 The Center for Jewish Ethics, affiliated with the Reconstructionist Rabbinical College, has awarded the 2021 Whizin Prize — an essay contest to encourage innovative thinking on contemporary Jewish ethics — to Miriam Attia, a doctoral student in religious ethics at the University of Chicago Divinity School.

The prize was established in 2004 through the generosity of Bruce Whizin, a philanthropist with an abiding interest in Jewish ethics. Rabbinical students and graduate students studying anywhere in the world are eligible to submit work for consideration.

Attia, this year’s winner, researches theologies of suffering, conceptions of religious identity, understandings of religious authority, and how faithful dissent is expressed and received within traditional religions. Her essay focuses on the writings of Rabbi Joseph B. Soloveitchik (1903-1993), a seminal intellectual and moral figure within Modern Orthodoxy and Orthodoxy more broadly. Coincidentally, last year’s winning essay, by Daniel Mackler, a graduate student at New York University, also examined Soloveitchik’s thought.

Soloveitchik’s views on women loom large in the recent debates about the ordination of Orthodox women rabbis. Through a careful comparative analysis, the essay, from a perspective of respect for Orthodoxy’s ethical commitments, sharpens the argument that the Orthodox rejection of female clergy undervalues women.

Rabbi Mira Wasserman, Ph.D., director of the Center for Jewish Ethics, said “Judges praised Attia’s lucid prose and sharp analysis. Beyond the essay’s immediate relevance among traditional Jewish communities still debating the ordination of women, it offers an illustration of the pitfalls of essentialism when it comes to gender or any identity. Even when marginalized groups are praised and elevated, treating all members of that group as sharing certain essential moral, intellectual or spiritual traits is problematic in that it undermines their full humanity.”

Attia earned her undergraduate degree at Stanford University and a master’s degree at the Graduate Theological Union. She called it “a great honor to see my work recognized alongside the very impressive essays written by previous Whizin Prize winners, and I am grateful to the judges and to Bruce Whizin. I hope this honor will enable my writing to contribute something of value to existing conversations about women in positions of religious authority.”

Though the issues raised appear to be of sole concern to Orthodox communities, the arguments raised touch on issues of concern to the wider Jewish, religious and scholarly worlds.

Attia said she views “the various movements within Judaism as continuously affecting each other in multiple ways. I’m a progressive Jew, but Judaism is like a family with many branches, isn’t it? I am not an official member of any Orthodox Jewish community, but I am still affected by the positions of the Orthodox Union, partly in direct ways and partly in indirect ways.”