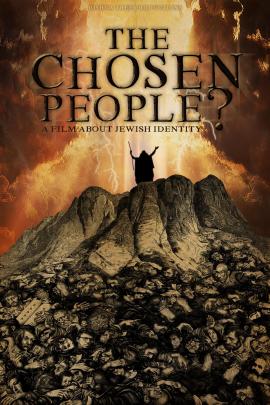 Within the first minute of his documentary “The Chosen People? A Film about Jewish Identity,” filmmaker Josh Gippin looks straight into the camera and tells the audience exactly where he’s coming from: He’s by no means an unbiased journalist.

“I am extremely uncomfortable with the doctrine that Jews are God’s chosen people — that as a people, we are somehow different from all other peoples on Earth and somehow special,” says the resident of Akron, Ohio, and member of Kol HaLev, Cleveland’s Reconstructionist Community.

In spite of, or perhaps because of, his personal feelings, Gippin’s 70-minute film provides a nuanced and balanced exploration of the concept of “chosenness” as it has evolved from biblical to contemporary times. The film, released online on Oct. 8, prominently features Reconstructionist Judaism and its rejection of the chosenness idea. But the documentary also includes the perspectives of rabbis and lay people who embrace the idea of the Jews as God’s chosen people. 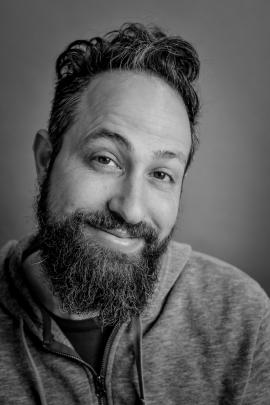 Gippin says his ideas were deepened and enriched while producing the film, though his personal position did not change.

“After reading dozens of books and articles, interviewing about 30 people for the film and contemplating this over the past few years, I am able to search my heart and mind to better articulate why I feel it is wrong — why I feel there is no religious or ethnic group on Earth that can claim to be God’s chosen people to the exclusion of all others,” says Gippin, a father of two young children, in a recent interview.

The religious leaders discussed how the idea of chosenness impacts Jewish efforts to engage in dialogue with other groups during politically divisive times.

Stiefel notes that the Reconstructionist movement has historically had a low profile in the Twin Cities, and the program served a way to highlight the collective wisdom of the rabbinic presence in the area. She explains that not many people seem aware that Reconstructionist Judaism rejects the chosenness concept, as well as the idea that Jews are somehow distinct or possibly even better than other peoples.

“Chosenness is an important topic right now,” says Stiefel. “We live in a time when most Jews reside in a multicultural society and the Jewish community itself is multicultural.”

The Hebrew Bible clearly states that God selected the Israelites to receive the Torah and inherit the land of Israel. As the film details, the understanding of chosenness evolved throughout the centuries, remaining a core component of Jewish self-understanding.

Schein is one of the rabbis who appeared on the Minneapolis panel. While living in Cleveland, he met Gippin and went on to serve as an advisor to the film.

“The purpose of this film is not to make Hollywood headlines, but to foster constructive dialogue, and bring this important topic to Reconstructionist communities and beyond,” says Schein. “The needs of our time demand taking a closer look at this issue.”

“I’m Jewish, so I speak about my own identity, but most of the ideas I wrestle with are applicable to Christianity, to Islam and to many other religions,” he says. “The big question is what role religion should play in the 21st century. Should it be a force for peace and unity, or fragmentation and war?”