Ben Weiner knows how to pray.

Raised in an Orthodox home, the 68-year-old former president of Temple Emmanuel in Wakefield, Massachusetts, has been an active synagogue-goer nearly his whole life. He’d long recited much of the service by heart, uttering Hebrew prayers for the coming of the messiah, the resurrection of the dead and thanked God for choosing the Jews to receive the Torah. Yet he’d never really delved into the meaning of the words or examined the extent to which they reflected his own beliefs. 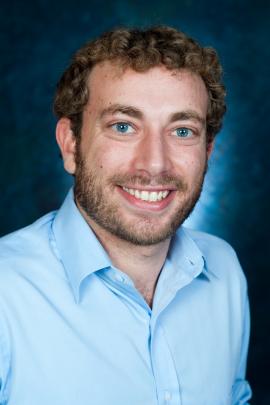 Temple Emmanuel, a Reconstructionist synagogue a half-hour outside of Boston that utilizes a traditional prayer book and hasn’t adopted some of Reconstructionist Judaism’s key liturgical pillars, has just begun a yearlong, communal process of examining key areas of liturgy, theology and practice. This approach, known as “values-based decision-making,” is being led by Rabbi Greg Hersh (RRC ’16), along with support and assistance from Reconstructing Judaism’s Affiliate Support department. By engaging with the Jewish past and searching for a meaningful Jewish present, Temple Emmanuel is performing the work of reconstructing Judaism.

Over the course of a year, the congregation will explore — in an open and democratic fashion — the idea of making changes to key liturgical and practical areas, such as whether or not congregations pray for the resurrection of the dead. (Currently, they do, in keeping with traditional liturgy.) Regardless of the outcome, participants will gain a deeper knowledge about certain aspects of Jewish liturgy and theology while hopefully developing a greater understanding of their personal theology.

“I have always tried to read the English as I go along. But the more you think about what you are saying, the better,” said Weiner, who admits he can be slow to embrace change. “Exploring my concept of Judaism makes it more meaningful.”

The values-based decision-making process is taking place within the context of a communal revitalization. Since Hersh arrived in the summer of 2016, the number of families belonging to the congregation has increased from 31 to 43. In that time, Hersh has doubled the number of Shabbat services and introduced a wide array of activities, teaching Jewish concepts through avenues such as meditation and hiking. He’s strengthened the relationship between Temple Emmanuel and Combined Jewish Philanthropies (the local Jewish Federation), bringing in new resources and increasing the congregation’s visibility. After a few young families expressed interest, the congregation began offering Tot Shabbat services and has even established a small religious school.

“The reason I love this job is I get to bring my whole self,” said Hersh, whose own spiritual journey has involved stops in a Buddhist monastery and a yeshivah in Jerusalem before attending the Reconstructionist Rabbinical College. “I’m following my passions and hoping some of these new elements widen our appeal.”

For most of its 71-year-history, the congregation was unaffiliated with any movement and adhered to “Conservadox” liturgy and practices — a cross between Conservative Judaism and Orthodoxy. In 2012, Temple Emmanuel joined the Reconstructionist movement in the hopes of rejuvenating the congregation, which had seen its membership and activities dwindle. Still, it has continued to use a traditional prayer book, rather than introduce a Reconstructionist prayer book. (In keeping with Reconstructionism’s democratic principles, each affiliated congregation makes its own decisions regarding liturgy, though most use the movement’s prayer books.)

Kol Haneshamah, the Reconstructionist prayer book, eschews affirming the bodily resurrection of the dead, yearns for a messianic era brought about through human action rather than a divinely-appointed messiah,  and, perhaps most importantly and radically, eliminates references to Jews as the chosen people.

When Hersh came aboard, several congregants expressed interest in re-examining Temple Emanuel’s approach to these key areas of liturgy through a values-based process. Hersh immediately agreed to spearhead the endeavor.

“The congregation has never had this kind of conversation about ‘what are we praying for when we pray,’ ” said Hersh. “I’ve told my congregants that what we are discussing is what I say from the bimah. What they say and their own prayers are between them and God. And, ultimately, this process is not really about what I say from the bimah, it is about how well my congregants understand and connect with the liturgy.”

The process began last month with a two-hour meeting open to the entire congregation. (Weiner, for one, said that so far, he’s found the process gratifying and is eager to see where it leads.) The meeting entailed a discussion about the meaning of the messiah in traditional Judaism, and studying the nuances of Hebrew and the differences between praying for a redeemer or for redemption.

At the end of the session, Hersh asked participants to write down whether they wanted to stick with the traditional wording or make a change. The majority chose the Reconstructionist language, opting with praying for redemption in general. That means slightly changing a Hebrew word to geulah (redemption) instead of a goel (redeemer). Hersh planned to use the new language temporarily in services and then ask participants for responses at the following meeting. Participants will discuss four topics throughout the year and will convene to decide on permanent changes at the conclusion.

In order to design the program, Hersh consulted his class notes, as well as a lengthy chapter in the first volume of Rabbi David Teutsch’s Guide to Jewish Practice series, which was developed at RRC’s Center for Jewish Ethics and offers tangible steps to move forwards.

In the work, Teutsch writes that values-based decision-making “has its roots in the British-American tradition of moral philosophy that sees our lives as subject to a complex series of facts and concerns that cannot be reduced to a few very broad principles from which everything else can be deduced.”

“The rabbi’s role is to be a learned facilitator and guide, and this process illustrates that perfectly,” said Harris. “This process empowers a group to go in a new direction and prioritizes democratic decision-making over the personal preference of the rabbi. Any Reconstructionist will beam at a process well done that leads to a thoughtful set of practices.”

For congregant Laura Canter, studying aspects of Jewish liturgy and practice has been a true education. The child of a Catholic mother and secular Jewish father, she grew up without a strong Jewish background. Several years ago, she was drawn to Temple Emanuel specifically because of its Reconstructionist affiliation.

Regarding the values-based decision-making process, she said: “It was a really good feeling to sit around the table and talk about some of these issues; we are engaged in the conversation. I believe we have an obligation to think about these things. I love our dynamic nature of thinking about Torah and halakhah [Jewish law], and being part of a conversation that is evolving and ongoing.”

Hersh reiterated that, at the end of the process, the congregation could collectively decide to change everything that’s up for discussion or keep it all the same. Either way, those who took part will have a deeper understanding of Jewish tradition and their own beliefs — and the community will be stronger for it.