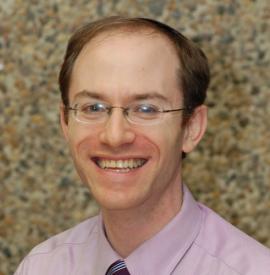 Ten years after co-founding Mechon Hadar, an organization committed to empowering egalitarian Torah, prayer, and service communities, Rabbi Elie Kaunfer still doesn’t have a door to his office. However, Mechon Hadar does have sixteen fulltime employees, a reputation for excellence, and a record of impacting thousands of Jews throughout the United States and Israel. This center for Jewish learning and living is supported by more than fifteen foundations and more than 800 individual donors. And yet, in the beginning, Elie says, he didn’t even know how to write a grant.

Mechon Hadar’s very first check in the amount of $3,000 came in 2006 from the incubator Bikkurim. With such limited funds, the decision about how to best spend the money was a tough call. His salary was not one of those options. “Our first expense was a logo,” says Elie. “We had to get our message out. When you are new, your biggest hurdle by definition is that no one knows who you are.” It’s hard to get attention. A logo helps you cut through the cluttered field and reach your potential target audience. It also helps you clearly convey the concept and values of your organization to potential funders.

“Our biggest nut to crack was how we were going to pay for this.” The answer for their non-profit: a relentless commitment to fundraising. 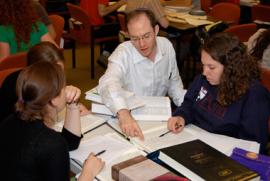 It took time for Elie to gain confidence in telling the story of Mechon Hadar to potential funders.  “I didn’t anticipate how hard it was to go out every day and talk to people about something I was so passionate about, and then find they didn’t share that feeling.”

Rabbinical school did not prepare Elie for the grind of fundraising, so he set out to learn from everyone he knew. At first, he reviewed lists of organizations that received grants from major funders like Covenant. Then he’d reach out to people he knew from those lists to ask for help.

He learned simple things like how to keep a calendar. Steven Covey’s quadrant for prioritizing work by differentiating what is urgent and important was a lifesaver. He also learned that it was not feasible to schedule more than three meetings a day with potential donors. “I had to learn on the fly, including how to hold a fundraising conversation.” A lesson that has worked? “Ask for money and you get advice. Ask for advice and you get money.”

“One day, I had three potential funders cancel on me,” recalls Elie. He credits his co-founders and good friends Rabbis Shai Held and Ethan Tucker for keeping him going on the really hard days. “By hell or high water, I knew we were going to build this thing.” 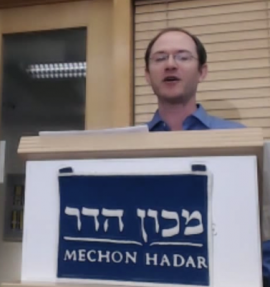 Over time, Elie realized that fundraising was really about relationships, not money. This made the work easier. To build relationships you have to “ask questions, truly listen and generate excitement.”

“Most individual funders know why you are meeting with them,” says Elie. “Getting the meeting is half the work.” When talking with donors, the job is to get them excited about the vision. “I also ask for their advice, because the truth is we are always facing something new, and hearing their perspective is valuable.”

Working with foundations is somewhat different than talking with individual donors—it requires following their well established and very structured process. However, relationships are still key. An entrepreneur has to connect with the professional staff of a foundation and uncover the nexus between his or her mission and what the foundation cares about.

For leaders called to create something new because of their love of Torah and Jewish life, asking for money can be an activity far outside their comfort zone. Elie’s fundraising trajectory “from zero to 60,” as he says, shows clearly that doing this work successfully is lo beshamyim hi, not in the heavens. Startup leaders should take heart that fundraising is not rocket science. But to do the work well, you have to lead with the kind of humility demonstrated by Elie. He admitted that even after five years of graduate school, “I knew nothing. I had to learn everything.”

Elie warns that the need to raise money never stops. Today, with plans to expand the reach of Mechon Hadarfar beyond his threshold without a door, he says, “I’ll stop worrying about fundraising when we have a billion dollar endowment.”