How to Avoid Startup Crash and Burn

You need guts to launch a startup. Chances are that your exciting new project is going to crash and burn. According to a Harvard Business School study, about 75 percent of startups fail. 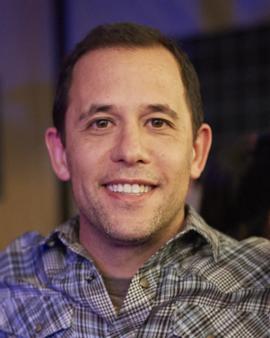 Despite statistics that scare away most people, startup leaders willingly jump. They walk to the edge of the abyss of uncertainty, and spurred on by passion and courage, hurl themselves into the unknown. Avi Rubel, a successful social entrepreneur in the Jewish community, has some advice for fellow risk-takers: When taking the big leap, wear a parachute.

Avi, Co-CEO of Honeymoon Israel (https://honeymoonisrael.org/aboutus), recently shared some valuable hard-won wisdom, akin to offering a parachute that increases startup leaders’ chances of a successful landing. I asked Avi, who has launched projects in the former Soviet Union, Israel and America, for his one best piece of advice for startup leaders. His response? “Adjacent Innovation.”

“When you are trying to solve a problem that doesn’t have a solution, you have to make up the roadmap,” says Avi.  But, he cautions, you can’t create one that is “totally out of the blue, one that no one’s ever heard of. It will be incredibly hard to find funding.”

Instead, he says, take a proven idea and apply it in a new way. Think on the margins of what already exists. 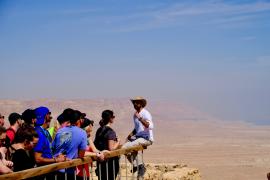 A Honeymoon Israel Group On the Top of Masada

Seconding Avi’s advice is SIT (http://www.sitsite.com/about-us/about-us/), an Israeli consulting group that works with companies around the world to develop innovative practices. The organization calls it “Thinking inside the box.” When launching something new, according to SIT, success is not dependent on a good idea, but rather, a viable one. To get to viable, adapt what is already working.

Honeymoon Israel is a perfect example of adapting a proven idea from an adjacent sector.

Honeymoon Israel didn’t exist three years ago. Now it engages thousands of young couples in 14 cities across the country. By next year, it will be running more than 40 groups per year. 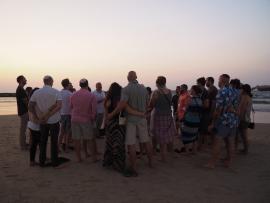 Avi’s Co-CEO, Michael Wise, came up with Honeymoon Israel as a way to solve the problem of how to engage young couples in Jewish life. To find a solution that could get off the ground quickly, Avi and Michael looked to adapt a proven practice.

Birthright Israel caught their attention. Since 1999, Birthright has provided nearly half-a-million young people with free, 10-day immersive trips to Israel. Though it has its critics, the overwhelming data demonstrates that single young Jews completing the trip have higher rates of engagement in Jewish life than those who do not participate.  (http://www.brandeis.edu/cmjs/pdfs/jewish%20futures/JewishFutures2014.pdf).

“We would have been crazy not to riff off of Birthright,” says Avi. He and Michael pitched their idea of immersive trips to Israel for couples who have at least one Jewish partner. Funders believed it could work, in great part because of Birthright’s proven track record. In the first year, Avi and Michael raised enough funding to prove the concept through a few pilot trips.

Did Avi and Michael ever consider approaching Birthright about a potential partnership?

“Partnering with existing organizations could offer efficiencies and avoid redundancies compared to starting a new organization,” replies Avi. “However, in the case of Honeymoon Israel, our unique vision, including post-trip community development, made it critical for us to be completely independent. No other Jewish organization focuses exclusively on young couples, and we did not want that to get diluted in any way.” 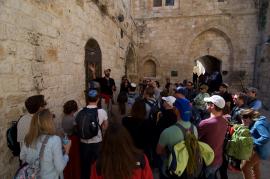 Honeymoon Israel runs nine-day trips to Israel that welcome diverse couples. The organization prides itself in having no agenda beyond engagement. “Honeymoon Israel is not about elites teaching a right way to be Jewish. Our work is about relationships,” says Avi. “We are giving the invitation to engage.”

He retells the story of the couple who never celebrated Shabbat prior to going on Honeymoon Israel. After returning to San Francisco from their trip with 19 other local couples, the wife said: “Avi, we love Shabbat. We turn off the cellphone, light the candles. It is great. The only thing, because of my husband’s work, we’re doing it on Sunday nights.” 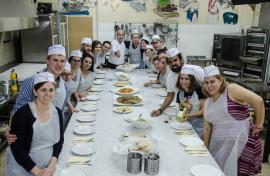 It wasn’t a response that Avi was expecting. “There are so many on-ramps to Jewish life and these couples are creating many forms of Jewish expression, and I am open to that,” he says.

“They’re still behind us,” says Avi, who is managing an $8 million budget this year.

Right now, Avi and Michael are flying high because they took their own advice. “Be willing to take a risk, and whatever problem you are trying to solve, find the solution in something that remind people of something they know is possible.”

In my opinion, if Avi and Michael hadn’t listened to these wise words, they may well have joined the 75 percent who crash and burn.