Notes from the Border 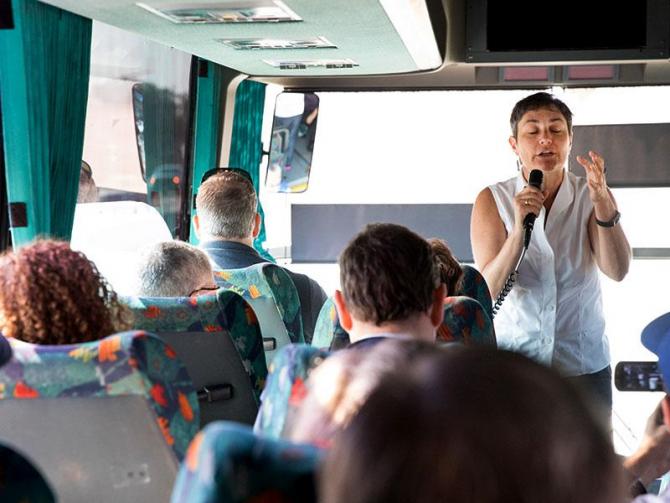 “Blessed are we in our going out, and blessed are we in our coming home.” This adaptation of Deuteronomy 28:6, which is sometimes inscribed in the entryways of Jewish homes (included mine, thanks to a reproduction of 19th-century Moroccan tiles courtesy of the Israel Museum), was the basis of a blessing I gave to the participants in a national leadership mission to the California-Mexico border in late August. Twenty-seven leaders from 17 organizations, including myself and Rabbi Elyse Wechterman, executive director of the Reconstructionist Rabbinical Association, traveled to San Diego and Tijuana on a trip jointly organized by HIAS and the Anti-Defamation League to bear witness, learn more about the plight of refugees and economic migrants, and brainstorm about how to collaborate on effective responses. In my blessing, I spoke about the responsibility we held as leaders to go on such a fact-finding tour, and the great fortune we all had — through the accident of birth — that we could return from such a tour to our safe and beautiful homes.

On our first day, we focused on the U.S. side of the border. One part of our group observed court proceedings for “Operation Streamline,” a chilling example of the criminalization of immigration where detainees are charged with misdemeanors for crossing the border. Large groups are adjudicated at once, raising serious questions about due process. The group of 19 that our folks observed was brought before the judge in shackles. If they plead guilty (whether or not they understand what is going on), they are immediately deported.

On our second day, we crossed the border into Mexico and went to Tijuana. At a men’s shelter, our folks recognized two new residents from the previous day’s proceedings. They shared their stories with us through a translator. They crossed over on Monday and were almost immediately arrested, were adjudicated on Tuesday and deported that night (yes, dropped off in the dark of night). 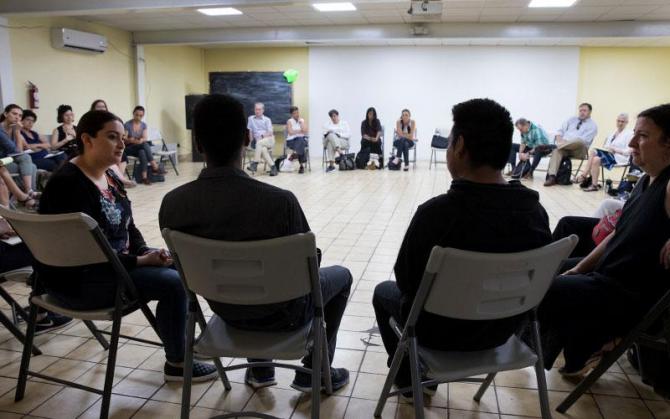 “P” is 31 and the father of four. He came because he wanted to work for a few years to create a better life for his family. “In Mexico, the American dream is everyone’s dream,” he said. “F” is 24 and desperately wants to go to college and then medical school.

These men are economic migrants, seeking opportunity in the face of grinding poverty. We also learned about thousands of asylum-seekers fleeing life-threatening violence who are similarly treated as criminals. This system is profoundly broken in its dehumanization.

Here are a few of my key take aways from the trip. In the spirit of Elul, I began with heshbon hanefesh (serious soul-searching). I returned from the San Diego-Tijuana border with a much deeper understanding that our immigration system is profoundly broken and that both Democratic and Republican administrations have contributed to this situation. The last time America instituted immigration reform was in 1987. The roots of some of today’s problems go back to Clinton administration policies; post 9/11 policies under the Bush administration created others; and the Obama administration set in motion many of the practices and policies that the Trump administration is making exponentially worse. Immigration reform has become essential.

On the border, it is overwhelmingly clear that immigration — a civil process — has been criminalized. Refugees, asylum-seekers and economic migrants are detained, subjected to dehumanizing treatment, made invisible, deprived of human rights and often exploited when in sustained detention. Advocates at Casa Cornelia, a pro bono center working with the most vulnerable populations, observe with outrage that this criminalization is intensified through the militarization of the enforcement agencies.

Detainees with representation are five times more likely to navigate through the legal system with some kind of successful outcome (including the possibility of asylum for refugees). But overwhelming numbers of them do not have adequate representation. We visited some of the most accessible detention centers, located close to a major urban center in a “sanctuary” state (where local officials are not permitted to cooperate with ICE and the California Border Patrol). There are other detention centers (most of them for-profit) all over the country in far more remote places with far less access, including in Texas, where local officials are required to cooperate with ICE and the border patrol.

The practices at the U.S. border are designed to be deterrents — to stop folks from coming, whether they are asylum-seekers or economic migrants. They are not working, even as the practices are inhumane and unjust. We must understand that the “push” driving people to our borders — the threat of violence and lack of economic opportunities — is so bad that people will uproot their lives and risk detainment rather than stay in place. Deterrence is not working, and is instead undermining America’s constitutional and moral values. 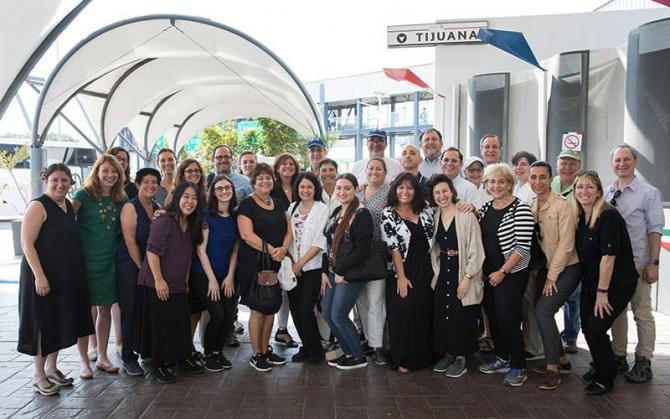 Many of the economic migrants are Mexicans fleeing states that are suffering intense violence because of drug cartels. They have almost no hope of gaining legal entry to the United States. Asylum seekers are coming from violence-torn countries in Central America (Honduras, Guatemala, and once again, Nicaragua). Venezuelans have started to come. In recent years there have also been Haitians. Many Africans are smuggled in via Brazil. I have written several op-eds on the plights of refugees and have emphasized xenophobia in my analysis, but the structural racism behind these policies seems blatant.

I was deeply moved by the passion, conviction, effectiveness, resilience and compassion of the direct service providers and advocates we encountered. I was disturbed on an equal measure by the malice and dehumanization that seems to inform U.S. immigration policy and practice.

Following the conclusion of the mission, I met with leaders of Reconstructionist congregation Dor Hadash in San Diego, who are very involved in the border crisis. Joanna Brooks is a member, an author and a professor at San Diego State University, and the founder of Otay Allies, which advocates for detainees at Otay Mesa, likely the largest detention center near a major city. She offered this analysis: We are using categories and practices grossly inapt for the moment. The category of “refugee” is grounded in identity, and was refined by the experiences of the first and second world wars, including the Holocaust. After the massive resettlement following World War II, interventions were significantly on the individual level, with the expectation that some kind of satisfactory resolution would be found (i.e., refugees would get help to find safe havens and new homes). Today’s worldwide crisis — refugees and economic migrants alike — has been fueled by failed states, life-threatening violence, and extreme, unmitigated poverty. Neither the categories nor the interventions are adequate to the situation and the degree of human suffering. 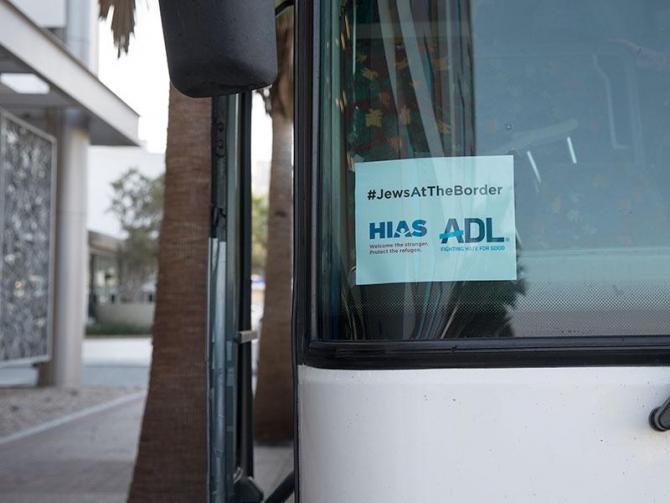 I am honored and humbled by the opportunities I have to represent the Reconstructionist movement in leadership conversations such as this one. I have 20 pages of notes and many more thoughts on my trip. I hope to write a more sustained analysis and publish it in Evolve: Groundbreaking Jewish Conversations, which I hope that you have visited. And I know that we will be discussing immigration among other issues at our upcoming Convention on Nov. 15-18 in Philadelphia. Please consider joining us!

In the meantime, may you be blessed in 5779 in your going out and in your coming home in all the ways that are meaningful to you. Shanah tovah umetukah — a sweet, happy and healthy New Year!