Reconstructing Judaism, along with six Reconstructionist congregations, is partnering with the Harold Grinspoon Foundation in a pilot project to enhance the teaching of values in religious schools. Taking part in this effort is just one example of how Reconstructionist educators are pioneering new models in Jewish education and working to bridge the gap between the classroom and the home. 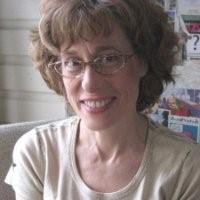 This project, associated with the foundation’s “PJ Goes to School” program, aims to test if, with the right training and curriculum, community religious schools and families can together use children’s books as a way to support youth in bringing Jewish values to their daily lives.

“The goal of ‘PJ Goes to School’ is to enhance the Jewish content of Jewish classrooms,” said Lisa Litman, who directs the initiative for the Grinspoon Foundation, a major address of Jewish philanthropy. “We also know from research studies that children learn better if their families are involved in the learning, too.”

Litman added that one of the primary reasons the foundation is piloting a project with exclusively Reconstructionist congregations is the chance to collaborate with Cyd Weissman, Reconstructing Judaism’s assistant vice president for innovation and impact. 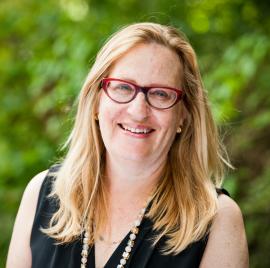 “She has truly been instrumental in helping us think about the family piece of this puzzle and asking,  what are the ways in which we involve families on a much deeper level,” said Litman.

The Massachusetts-based Grinspoon Foundation is perhaps best-known for creating the “PJ Library” program. (“PJ” stands for pajamas.) Working in concert with local Jewish organizations, it sends free, age-appropriate Jewish books and multimedia materials to children up to 8 years old. “PJ Library” has more than 155,000 subscribers in North America. The initiative has been credited with bolstering Jewish literacy by teaching kids and adults alike about holidays, ethics and values, modern Israel and the changing nature of the Jewish family. A new program, “PJ Our Way” enables children ages 9 to 11 to choose their own books and post reviews on a national website.

A few years ago, the Grinspoon Foundation launched “PJ Goes to School,” an effort to utilize “PJ Library” books to enhance classroom teaching and learning. The program was initially geared to preschools but has expanded to kindergarten through second grade. Until now, those efforts—in which a number of Reconstructionist communities have taken part—involved sending the books to religious schools, along with a curriculum in how to integrate them into classroom and home learning.

Weissman has encouraged the “PJ Goes to School” team to change its approach and provide enough funding for books to be sent home with children themselves. With this pilot, each child gets a full set to build a home library.

To help determine its success, evaluators will study how the project impacts attitudes and behaviors on the part of the kids and adults. Weissman hopes that the results will encourage the foundation to change its approach to the whole program.

The congregations participating in the pilot are: Adat Shalom in Bethesda, Maryland; Kol Tzedek in Philadelphia; Or Hadash in Fort Washington, Pennsylvania; Reconstructionist Synagogue of the North Shore in Plandome, New York; Congregation Beth Israel of Media, Pennsylvania; and Jewish Reconstructionist Congregation in Chicago. Representatives from each synagogue will participate in a Jewish Learning Network facilitated by Litman and Sarah Ruderman Wilensky, also of “PJ Goes to School,” called “How can Jewish stories help families live Jewish values?” (The network is open to other educators as well.) 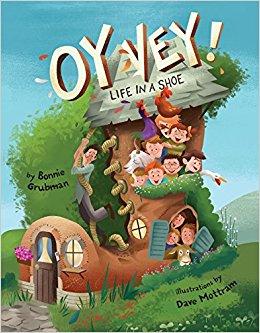 The schools are receiving curricula and resources, as well as home guides, for children’s books related to the topics of family. Some of the titles include  “Oy Vey! Life in a Shoe,” about a family getting unexpected wisdom from a rabbi; and “Rebecca’s Journey Home,” about two brothers awaiting their mother’s return from Vietnam with their newly adopted younger sister.

In addition to providing books and materials, the Grinspoon Foundation made funding available for a representative of each school to attend the NewCAJE Conference. The premier gathering for Jewish educators was held last month near San Francisco, and featured several breakout sessions focusing on how school and home learning can support one another. In this way, children will learn a value in the classroom and have a book to share with their family around that value. Teachers will learn how to support parental engagement with the books. 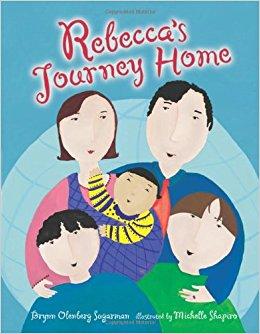 “Funding educators to attend CAJE was a big deal. Few places offer Jewish educators funding to attend conferences like these,” said Weissman. “By being part of this, we are directly supporting Jewish education in synagogues.”

Terri Ginsberg Bernsohn, religious-school director at the Jewish Reconstructionist Congregation, said that teaching Jewish values is always a goal and a challenge. She views having a context and setting a curriculum to teach values as a really positive development, though noted it is far too early to gage effectiveness.

“Teaching values and involving families are particular passions of mine,” said Bernsohn. “If we don’t make this meaningful for parents, we can’t be successful.”