When the Organized World Meets the Rogue World

Synagogues engage one-third of the United States’ Jewish population. What role might they take to serve the spiritual, communal and religious needs of the other two-thirds (the majority) who don’t choose synagogue membership as an expression of their Judaism? 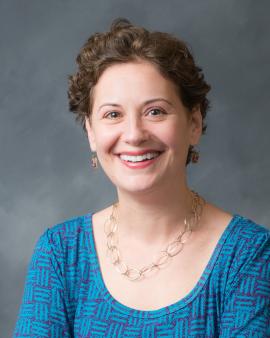 This is the question I’ve pondered since attending an Austin gathering of Jewish, Christian and Unitarian Universalist leaders who were brought together by Casper ter Kuile, Angie Thurston of Harvard Divinity School. They are co-authors of a recent report on the changing nature of religious affiliation among millennials, How We Gather.

We were invited to explore a shared question: What’s possible when you are the guardians of your tradition and the midwives to emerging communities of meaning and purpose?

“Look not only at the edge of your tradition, but beyond it,” Casper and Angie challenged us.

Could synagogues actively support, rather than be threatened by, rising new communities? I wondered.

To craft a future yet unseen, I always look for pioneers who are boldly enacting a desired future before it is the norm, which led me to the Windy City. Thank you, Rabbis Ari Moffic, founder of CoHere, and Sam Gordon of Sukkat Shalom, for providing a glimpse of a future where, as Ari says, “the organized world — the minority — meets the rogue world — the majority.” 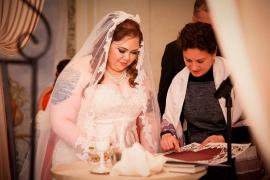 This summer, Ari launched CoHere, with a generous grant from the Open Dor Project, to engage people who seek Jewish meaning in ways that may be considered “rogue.”

“I’m often accused of starting my own Jewish community,” Ari says, adding that “community” can be a euphemism for “congregation.” “That’s not what I’m doing. People are already in community—at work, through their children’s schools, with family and friends. I’m trying to help people see that cultivating their actual organic community is practicing Jewish values.”

Ari meets with families in homes and coffee shops to uncover their yearnings. She then develops personal relationships through small group learning; officiating at life-cycle events; and connecting people to one another and to Jewish resources in the area.

“My main job,” says Ari, “is to help people have a language to understand that what they are already doing in community is Jewish. Being a friend, being a light unto the nations, demonstrating kindness—these are Jewish acts of community.”

Busy families, who desire Jewish meaning without the expectations and fees of synagogue membership, are benefiting from a close relationship with Ari. 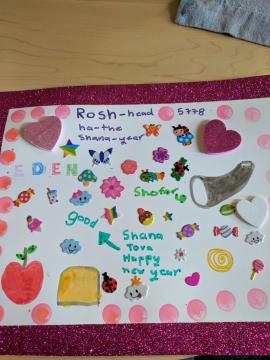 “I come to their kitchens, where the whole family learns and engages with Judaism in organic ways. It is very sweet,” she says. “I ask them about the important days of their lives, such as anniversaries, deaths and birthdays. I bring candles, poems and prayers for these special moments. I text them and stay connected with them.”

“Some people from the organized Jewish world say to me, ‘Ari, look at what you’re doing to our synagogue. You are taking people away.’” Ari counters, “I’m not taking pieces away from the pie. I’m trying to make the pie bigger and different.”

“I wish the Jewish world would lift up the work of professionals who are bringing Judaism to the home. I know that it is threatening, but I wish they’d help them,” says Ari.

One rabbi offering that kind of help is Sam Gordon.

His congregation, Chicago’s Sukkat Shalom, acts as a fiscal sponsor for CoHere, providing it back-office support and nonprofit status. Managing the finances of a startup like CoHere can be overwhelming. “I never learned the business end of things in rabbinical school,” says Ari. Sukkat Shalom’s help enables Ari to focus on people more than paperwork. 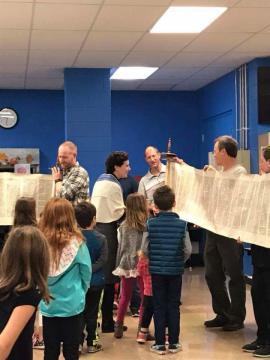 Sam is also providing spiritual support to some CoHere participants. Ari emphasizes a point that may seem obvious, but worth stating: “People can be in a relationship with more than one rabbi.” For example, CoHere did not offer High Holiday services this year. Yet some CoHere families wanted to participate in a new year’s experience. So at the High Holidays, Sam welcomed these families, even giving them a shout-out from the bimah.

Ari praises Sukkat Shalom. “It is an amazing gift that this congregation is willing to say that families have different needs,” she says.

In the future, will it be less amazing, and just the norm, when more congregations recognize the diversity of needs among families and support new doorways to Jewish life?

Ari and Sam’s story reveals a future where synagogues expand their role to guard tradition and act as midwives to new ways of Jewish engagement.

What else do you think might be possible when the organized world meets the rogue world?