Building an Ark: On the Search for an Authentic Jewish Relationship to the Arts

Where I grew up in Northampton, Mass., it went without saying that the Jews were the artists – the poets, the sculptors, and the painters, the women who would dance with my mother in the studio above Thornes Market, the mad novelist who later in my teen years would introduce me to the world of Buber and bong hits. If I had been pressed as a child to offer a definition of the Jewish people, I would have said that the Jews are those people with sad eyes who created things. They are also usually those people with a Buddha in the garden and a distaste for synagogue. I trusted them, and felt that they knew something old, that they had felt something, endured something.

Rabbi Mordecai Kaplan called for the arts to take their rightful place in the central nexus of what he called the Jewish civilization, but we have been unsure about how to respond to that call. How are we as artists and nonartists in the Jewish community finding an authentic relationship to the arts that figures prominently in our Jewish identity? How do we get beyond finding a beautiful poem by Linda Pastan, shoehorning it into the liturgy, and calling that “centering the arts”? Beyond the intellectual wran- gling about what makes art “Jewish,” is creative expression really an identity- forming thing for Jews? In short, how do we take Kaplan’s call seriously?

Rabbi Jonathan Omer-Man has likened the Jewish task to standing in a pantry of tins that have had their labels rearranged – a can of corn reads “beans,” and the condensed milk reads “tender tiny peas.” The world is full of wrong names, says Omer-Man, and it is our task to find the right names for things.1 This is an invitation, not just for the poet, but for any artist. “Finding the right names for things” strikes me as a good moniker for the artistic journey. Adam named the animals. In order to do this, he had not only to look carefully and deeply, but also to trust what Malcolm Gladwell would call his “thin-slice,” his first hint of what something appeared to be. He needed to practice discernment and study form. He needed to tap into imagination. He needed to see the world with an artist’s eyes. We are bnei Adam (children of Adam) as far as words are concerned, but what about in relation to the visual/spatial sphere?

Since the Jewish historical experience has been one largely of placelessness (at least this is the story we tell), we have built our house of words while simultaneously longing for form and remaining deeply ambivalent about it. We don’t have models of form; we have models of the absence of form. We have the memory of the Temple and its destruction. We have

the exilic mindset that if we have to leave in the night, we won’t be able to carry a marble bust or an oil painting. And of course, we have the prohibi- tion against idolatry and the curious association of “image” with other gods.

Recovering the Power of Image

There is in Judaism an inherited reluctance around visual image, as if any image created carries with it the charge of plagiarism; that it is a cheap knock-off of the real thing. But the alluring corollary of this prohibition is the acknowledgement of the power of image to bring us into relationship with the divine. If images were not so potent, they would not be regarded as so dangerous. Art connects us to spirit in inimitable and enchanting ways; often in ways that nothing else can. Betzalel, the archetypal Jewish artist, got his name because, according to the Talmud, he lived “in the shadow of God” – in the creative place that is near to God. What is this “creative place?” What is its relationship, if any, to Judaism, to a particular tradition?

Fred Brownstein and Stella Ehrich are a married couple in our community here in Bennington. They are both artists. He is a sculptor; she is a painter. They grew up in Memphis and Mississippi, respectively, in Reform Jewish households, and lived in Italy for sixteen years before moving to Vermont. They chose this area for two reasons: there was a place nearby where Fred could get stone, and there was a Jewish community.

Fred is currently in the midst of a multiyear sculpture commission for the Memphis Jewish Community Center. When I asked him what it would take to make the arts more central to our Jewish communities, he said, “I have no idea what that would look like. But I’m doing it every day.” As if to say, we can’t make a grand proclamation to re-center the arts or change around our curricula – we can only do the work, we can only keep making art, pushing further into the visual language. And as for the charge of idolatry, somewhat echoing Maimonides, Fred says in a matter-of-fact way, “We should be mature enough to know the difference by now.” Or as my grandmother might have said, idolatry is as idolatry does.

Stella speaks about the “creative place” as being akin to the experience of prayer. Perhaps one enters prayer with particular words and in a tradition-specific context, but if the enterprise succeeds, all that is stripped away. “If one arrives at a place where they feel the divine presence, I don’t think they would name that as a specific god, as a Jewish god.” Actually, she says, you davka hope the Jewish piece falls away. “My teacher in Italy used to say, you dedicate yourself to the process. Don’t dally – arrive on time ready to work and don’t ask where the process will take you. None of us are in control or can determine if we will be touched by the grace or spirit that gives life to the work. All we can do is arrive on time and dedicate ourselves.”

I was reminded of a conversation I had with a Bratslav teacher of mine in Israel on a midnight bus ride heading up to Har Meron for Lag b’Omer. He argued that in olam ha’ba, the world to come, everything would be Jewish. I offered a mirror argument: that in the world to come, even Judaism would fall away. The path disappears at the destination.

How do you commit to something that makes itself expendable when it actually works? This is what I would define as one way of naming the difficult work of being on a spiritual path. We spend our whole lives trying to name things truly, as Omer-Man suggested, and then as soon as we “get” the right name, we are in the realm of the nameless, the ein sof. This is the “creative place,” in the shadow of God. Artists, like mystics, are our teachers on this path, and like mystics, we don’t quite know what to predict or what kind of strange fruit they’ll bring back.

Stella said the Jewish part falls away when she walks up to the easel. Perhaps we can invert this statement somewhat. Maybe we can learn to teach the Jewish part as something that can help bring us to the easel in the first place. We can see our Jewish identity as part of the engine that calls us to create, that drives the enterprise, and then it, like all worthy vehicles, falls away – God willing – when the creative process really deepens. In the morning, we wake up Jewish again.

Returning to the Ark

In Judaism, even in a conversation about the visual arts, we return to the text. The Hebrew word teva, usually rendered as “ark,” can also be read as “word.” It appears in the Torah when God instructs Noah to build and then enter an ark, in order that he and his family may live. On the surface/pshat, God is asking Noah to build a form, a box, a structure. But there is a Hasidic teaching that on a deeper level, God is asking Noah to build a word, and then to go into the word (when the waters rise high enough) – in order that he may live. This is similar to many beautiful drashot we have in Judaism: while a verse appears to refer to the outside world of form, it actually is speaking about something internal.

We have long celebrated this type of reading, and for good reason. It compels us to turn inward, and it can feel as if it is more directly speaking to our current experience. But too often we forget that the inner depends on form, and for much of our history, we’ve forgotten to translate the spiritual back into the physical.

Have we historically read “teva” as “word” because we were not able (politically or imaginatively) to build an ark, a physical sacred space that could sustain us? Perhaps this drash was necessary then, but maybe we need to return to the pshat now. What if we read this commandment as our being invited to come into relationship again with form, with structure, with sacred space, in order that we may live? We know that words create worlds, but so does wood.

We timber-framed our sukkah here in Vermont this past year, using an Old World method of wooden joinery and post-and-beam construction. It is not the sukkah most of us imagine, built as it is with 6×6 hemlock and driven together with solid oak pegs. The community came out for an old-fashioned raising. We wrote prayers on the pegs and drove them into the joints. It is a kosher sukkah, since a storm could still come along and “destroy” it by blowing the walls down and the schach, or covering, off . But the frame will remain for many decades.

Some congregants expressed discomfort in creating such a “solid” sukkah – as if we had put too much energy into form and misrepresented the temporal and impermanent nature of the holiday. In some sense, however, Sukkot is an ongoing experiment in celebrating the eternal through form, even as we testify to all that is fleeting. We can throw a sukkah together with some rickety 2x4s that will barely last the week, or we can timber-frame it Either way, the message is the same: You will never get the name just right; the form you create with your hands will not perfectly express the eternal and it will return to dust in time. But still you must build.

The charge of idolatry, then, can be seen not as an absolute prohibition, but as a reminder that there is a lot at stake: We are trying to do our jobs of searching for the right names. While we are here, we should create. This is part of relabeling the tins. Finding the right names for things involves a bit of going crazy in the pantry. 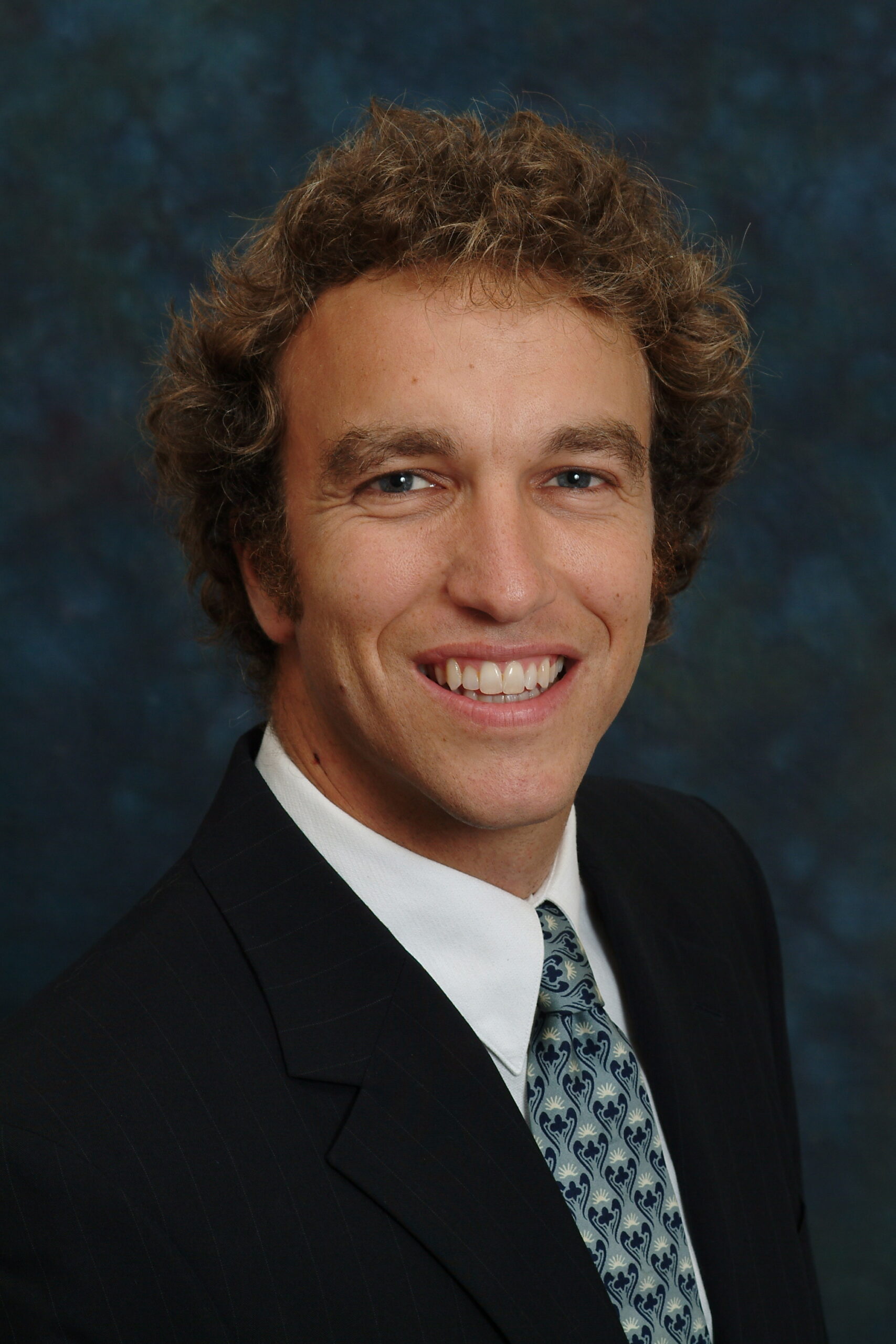 A Backyard Orchard of Etrog Trees Thrives in Philadelphia

Get Jewish Exponent’s Newsletter by email and never miss our top stories
We do not share data with third party vendors.FREE SIGN UP