Jewish Peoplehood: Philosophies of Jewish Engagement in the 21st Century

What is Jewish peoplehood, and how is it relevant today? Rabbi James Greene assembled this collection of texts to explore these questions.

…The story of the Golden Calf. As you might recall, Moses goes up on Mount Sinai to receive the Ten Commandments, the instructions for the Israelites to form a new society. He disappears for 40 days and nights, and the Israelites begin to freak out—they’re convinced he’s not coming back. In his absence, the Israelites convince Moses’ brother, Aaron, to construct a golden calf, which they begin worshipping as the symbol of their liberation from Egypt. Up on Mount Sinai, God is understandably upset about this turn of events. The Great Power of Creation and Liberation tells Moses that the Israelites have already broken the covenant that they’d agreed to, and that God is now going to destroy them, and will start all over again with Moses and his descendants. What is intriguing is the scene that follows, as Moses argues with God not to destroy the Israelites. In essence, Moses here is reminding God that God needs the people—this covenant business is a two-way street, and just as the people need God, so too does God need the people. I would suggest that this is a significant proof-text for Mordecai Kaplan’s arguments about the centrality of “peoplehood” for an understanding of Judaism. Moses here is making Kaplan’s argument: that there can be no Judaism—no covenant, no revelation of Jewish law and tradition—without the Jewish people. God can’t do it alone, and Moses all by himself is not enough. God Godself needs this stiff-necked Israelite community in order to become manifest in the world through what today we call the Jewish civilization.

For Mordecai Kaplan, one of the most important Jewish thinkers of the Twentieth Century, belonging to the Jewish people was central to the Jewish experience. A person might or might not believe in God or Jewish rituals (though incidentally, he both believed and practiced), but as Jews we share a civilization that has spanned thousands of years with a common history, language, literature, music and tradition. While other denominations of Jewish life emphasize behavior and/or belief as the primary aspect of Jewish identity, Kaplan focused primary on the third “b” — belonging. The JCC in Manhattan embodies this idea of the centrality of Jewish Peoplehood.

There are three possible ways of identifying with a religious community: by behaving, by believing, or by belonging. Kaplan himself insisted that the primary form of Jewish identification is belonging—that intuitive sense of kinship that binds a Jew to every other Jew in history and in the contemporary world. Whatever Jews believe, and however they behave as Jews, serves to shape and concretize that underlying sense of being bound to a people with a shared history and destiny.

But unfortunately, what I see in response from a number of my Reconstructionist colleagues is a call back to “peoplehood” that misunderstands Kaplan’s basic premise. People both within and outside our movement seem to think that if you just tell American Jews to feel more connected to other Jews, they will magically feel it. And that if they do then feel that connection, Jewish life will flower once again. But you can’t tell people to “belong” when they don’t feel a sense of connection, any more than you can tell them to “believe” in something that is alien to their experience, or tell people to “behave” according to Jewish law when those laws are no longer relevant to their lives. My observation is that many—perhaps most—American Jews don’t experience, any longer, a sense of organic connection to Jews with whom they are not in any immediate or close relation. An organic, powerful sense of belonging to a Jewish collectivity that is greater than one’s own immediate Jewish community is more or-less a thing of the past for a majority of American Jews. While there are marvelous, creative things happening in the American Jewish community, and while Jewish civilization in a broad sense continues to develop and grow, a sense of “belonging” is not, to my mind, the driving factor behind those creative impulses. Ethnic Judaism—still a powerful force in the first half of the 20 century, when Kaplan’s ideas took shape–is on the decline. In Kaplan’s formative years, Zionism was a dynamic, visionary expression of Jewish nationhood. In our time, it is primarily a defense of the status quo, or a fearful reaction to attacks on Israel.

Kaplan’s purpose in developing the idea of Peoplehood was to create an understanding of Judaism broad enough to include everyone who identified as a Jew regardless of one’s individual understanding of or approach to that identity. In the first half of the Twentieth Century, Judaism was generally seen as either a system of behaviors (the Orthodox position) or one of beliefs (the Reform stance). Kaplan found both approaches lacking. He saw in the idea of Peoplehood a way to transcend these approaches by suggesting a sense of belonging as primary to the Jewish experience. Kaplan arrived at this approach well before the ethnic pride movement of later decades. In fact, America’s melting-pot ideology of the time called for the submergence, rather than the promotion, of ethnic differences. Comfort with hyphenated identities (e.g., Irish-American, Italian-American) came much later. In effect, Kaplan’s Peoplehood concept was a challenge not only to the status quo within the Jewish world, but within the larger culture as well. Kaplan’s immediate hope was that a strong sense of communal identity would strengthen Jews’ connection to Jewish life and to each other — something he felt was in danger of being weakened by the restrictive visions of the Orthodox and Reform movements. But his ultimate goal was nothing less than universal salvation, a healing of the world brought about by people’s commitment to one another.

Kaplan was radical in proposing an organizing principle, Peoplehood, that ran counter to the American ethos of the day, transcended Jews’ understanding of what lay at the root of their identity, and insisted that the Jewish enterprise was not an end in itself. While the ethical culturists and the Reform were also engaged with universal rather than merely parochial concerns, the idea that there was value in a multi-faith, multicultural world was revolutionary. Kaplan understood that people are shaped by their cultures and civilizations, and that groups have greater power than individuals to help bring about a world of peace and wholeness. He also fervently believed that a revitalized Jewish people could use its wisdom and energy to serve all of humanity and, in the process, strengthen itself. The concept of Peoplehood continues to be radical today. It is a formidable counterpoint to the glib universalism that ignores the power of religions and cultures to attract and shape adherents, and it flies in the face of our society’s consumer-inspired individualism. Kaplan’s vision makes clear that if we are to act on our connections to others, we have to align ourselves with groups to which we feel naturally obligated. Most of us recognize the sense of obligation that comes from being part of a family; Peoplehood insists that our obligations go beyond our families to our people.

How Do We Teach Peoplehood?

The concept of peoplehood thus served two very different purposes. For News who were already assimilated into American society, Kaplan’s concept of peoplehood, with its emphasis on belonging rather than on believing, offered a path back to the affirmation of Jewish identity that would not sever important intellectual commitments. It enabled them to acknowledge deep nostalgic connections to Judaism in a way which was acceptable both to themselves and to the wider intellectual circles in which they moved. It built on their established Jewish identities without requiring them to sacrifice their intellectual commitments. The second use of Kaplan’s concept of peoplehood was directed toward the overcommitted. The Jewish community of the period was populated by significant numbers of Jews who stylized their Jewish identities with rigid ideological constructions. Kaplan saw how often these dogmatic ideologies led to intracommunal strife. By addressing common concerns that transcended such factionalism, and by elevating the value of belonging to the Jewish people over other ideological commitments, Kaplan sought to strip bare the ideological armor of the dogmatists – whether Zionist religious, or Socialist – so that all parties could discern their common commitment to Jewish survival. Thus, the concept of peoplehood – both in the popular sense of the primacy of belonging to the Jewish people, and the more theoretical sense in which it designates the civilizational character of Judaism and the interconnections among and common concerns of Jews around the world – was addressed both to the uncommitted and to the dogmatically committed Jews of the period.

– Rabbis Jeff Schein and Jacob Staub, The Spiritualization of Peoplehood and the Reconstructionist Curriculum of the Future, pg. 208

A Philosophy of Jewish Engagement: Values of Spiritual Peoplehood

Camp JRF has adopted core values of Judaism as a method of study. In creating programs and lessons of study we examine these values: 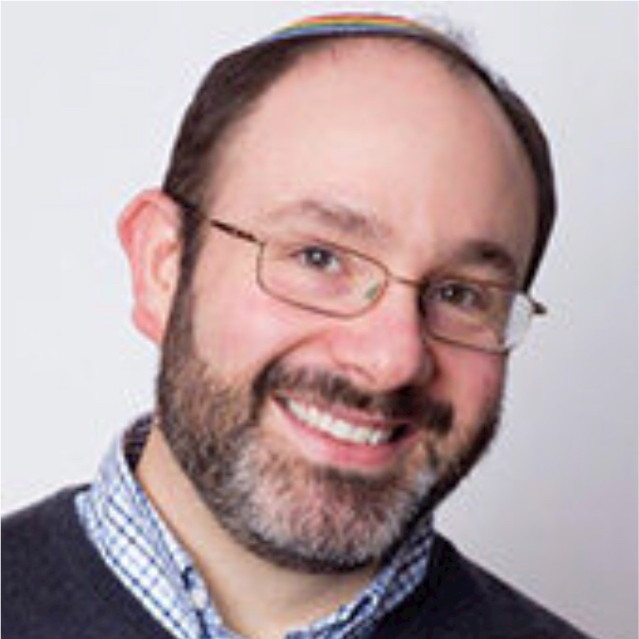