The mountain town of Serrastretta in the Calabria region of southern Italy is not an obvious place to find a synagogue, let alone a Reconstructionist one. But beneath the Catholic surface of this remote community lies a surprising Jewish legacy: Many families are descended from b’nei anusim, Jews who underwent forced conversion to Catholicism during the Inquisition. Their synagogue, Sinagoga Ner Tamid del Sud, affiliated with Reconstructing Judaism in 2017. Although their rabbi, Rabbi Barbara Aiello, grew up in Pittsburgh, her father’s family originated in Serrastretta. For Rabbi Barbara’s grandmother, Judaism was something practiced only in secret: Shabbat candles were lit behind shuttered windows or in the basement, out of sight of the neighbors, and her father was sent to a neighboring town to learn Torah.

When Rabbi Barbara returned to live in her ancestral village in 2004, she found similar stories of secret Jewish practice. And Jewish roots were often kept secret even within families. She relates numerous stories of deathbed revelations by elderly men and women, who as their final act told their astonished families the real reason for unusual family customs: “We’re Jewish.”

Such remnants of hidden Jewish practice kept cropping up. When she went to the home of a neighbor whose mother had died, she found the mirrors covered, chairs removed and a plate of hard-boiled eggs on the table — “our family tradition,” the neighbor told her, unaware of any commonality with Jewish mourning practices. Other local customs included throwing out eggs with bloodspots, holding special meals for 12-year-old girls and getting married sotto la coperta (“underneath the bedspread”) echoing a traditional Jewish wedding canopy.

Since starting Sinagoga Ner Tamid del Sud and its sister organization, the Italian Jewish Cultural Center of Calabria, Rabbi Barbara finds that people approach the possibility of Jewish heritage in a variety of ways. Many are simply curious about their roots and intrigued to know the origin of family traditions. But others are drawn not only to explore, but to embrace their Jewishness. Reconstructionist Judaism offers a welcoming model for these seekers and learners. It is an inclusive non-Orthodox Judaism that welcomes those of all backgrounds and stages of exploration. Those values drew Sinagoga Ner Tamid del Sud to join Reconstructing Judaism as an affiliate.

The Reconstructionist approach to Jewish tradition affirms that Judaism grows and evolves in every generation. This spirit is evident in the community’s innovative way to officially welcome back those who wish to claim formal Jewish status through conversion. Rabbi Barbara created a unique document to accompany a standard conversion certificate: Recononscimento dello Status di Ebreo/a, a formal recognition of Jewish status. Crafted to address the emotional and spiritual needs of a community with a long history of trauma, this certificate embodies a Reconstructionist affirmation of the power of Jewish peoplehood and of a conscious transformation of traditional conversion ritual to address unique historical needs.

Written in Italian and English, the document reads, in part:

“This document represents the recognition of your Jewish roots that were stolen from your ancestors. We recognize that your ancestors were Jews but during times of persecution such as the Inquisition in Spain, Portugal, Sicily and Italy there were forced conversions where anusim families lost their Jewish religion and Jewish traditions …You have found and embraced your Jewish roots, you have studied the Jewish religion and have made the commitment to live as a Jew with love of Torah and the Jewish people. Your Jewish family says to you, ‘Welcome Home.’” 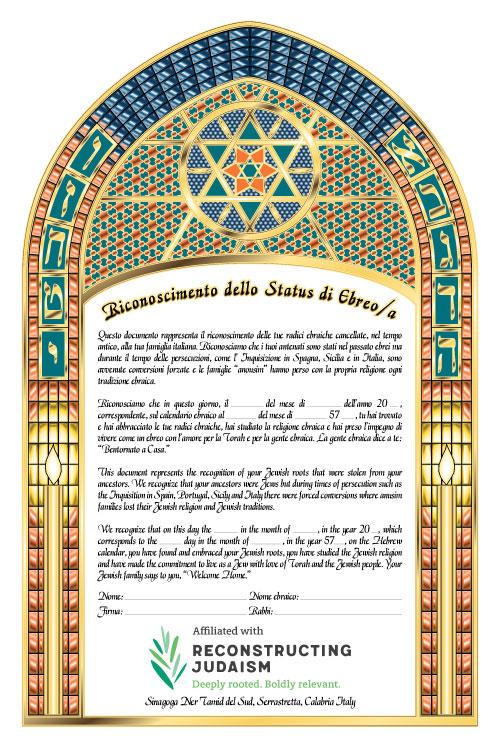 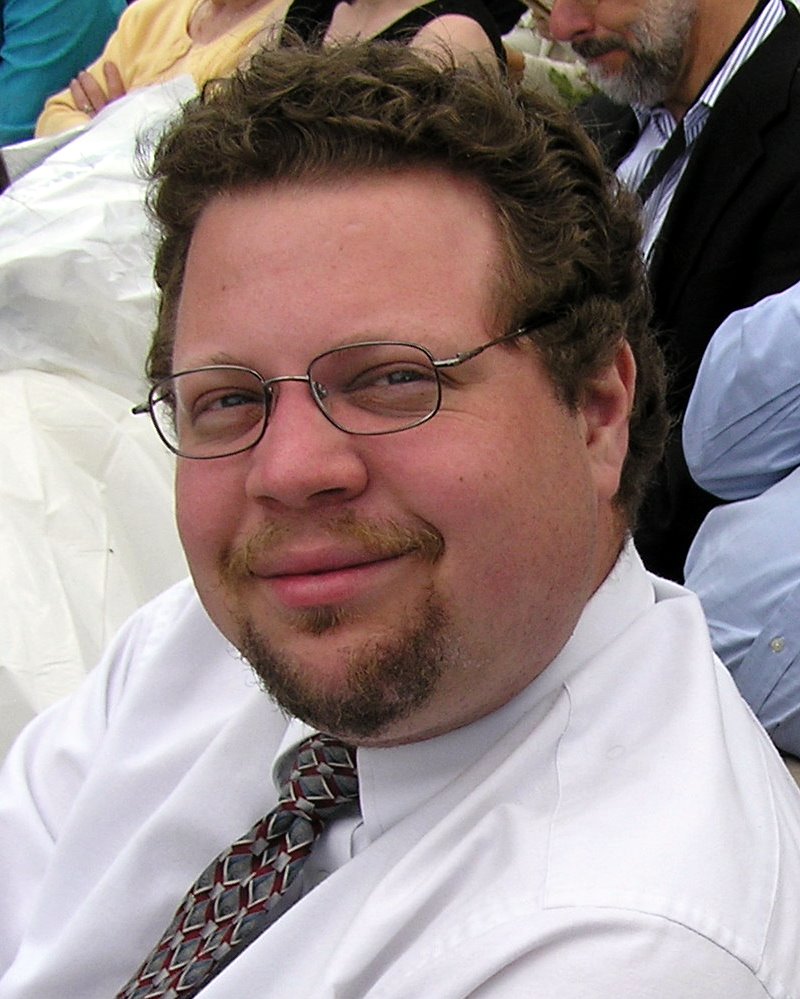