A Stranger in Two Communities: Second-Generation American and Jewish Convert

Perhaps, for some people, the decision to convert to Judaism comes in a Road-to-Damascus moment (to mix religious metaphors)—all of a sudden, you know that you want to be a Jew. That was not what happened in my life.

I came to conversion through long and slow exposure. I grew up Unitarian, but my mother had Jewish grandparents and made sure that we knew and respected some of their traditions and foods, just as she made sure that I knew something about my father’s family’s Hinduism. I grew up in a town that had a large Jewish population, and so, not only was school closed for the High Holidays, but I have clear memories of lighting the hanukiyah with my friend Heather and attending seders with my friend Nat’s big extended family. As an adult, I spent several years with a Jewish housemate—living in a house with a mezuzah on the door and helping to cook the occasional Shabbat dinner. My years of living adjacent to Judaism, as a guest in Jewish space, caused me to feel more comfortable in Jewish communities than I was in most other communities that I visited. I slowly came to think that I wanted to live my life in Jewish community and for Jewish religious practice to inform my days.

It was an interesting choice, because many of the things that I wanted from Judaism—a robust religious practice, a philosophical tradition with which I could engage, the option of doing both of those things without embracing a belief in God—were equally available to me in Hinduism, the tradition in which my father was raised. I think that I turned to Judaism rather than to Hinduism because, even though I am half Indian, and half of my family is Hindu, Judaism felt more familiar. It was more like home. In Hindu settings, I always felt at fault. My father’s family often criticized me for not being Indian enough and got frustrated when I made basic etiquette mistakes. I was born into the first generation of U.S.-born children, in an immigrant community that did not necessarily know what it meant to be raising their children in the United States. My sister and I were the children of an American mother. Simply by embodying her culture and her traditions, we embodied the assimilation that the Indian community feared. As Jumpha Lahiri’s stories of Indian immigration demonstrate, in some ways, the immigrant experience makes parents and children strangers to each other, and my sister and I threw that into sharp relief, and so, we were strangers who were never fully embraced.

Because the process was slow and because Judaism was familiar, I did not realize the extent to which becoming Jewish would end up feeling like I was embracing the stranger. And since I thought of the conversion as acknowledging changes that I had already experienced, I did not realize how much it would, in the end, change me. I also did not realize that when I converted, I would begin to experience in Jewish spaces the same alienation I had experienced in Hindu spaces.

As a Jew of color I am now used to other Jews trying to establish whether or not I am, in fact, a stranger. When I was a Unitarian visiting a Jewish space, it was not alienating when people asked me whether I was Jewish. The answer was no. But now, when I say yes, they sometimes ask: were you raised Jewish? And I know that sometimes there is stigma should I answer no. Ironically, when I was a guest, I was a welcome stranger. Now that I am a convert, and no longer technically a stranger, I often feel much less embraced.

In addition, the Judaism that I knew, and that had made Judaism feel familiar, was the Judaism of the home, and of the not-terribly-observant-largely-secular Jewish world. Conversion requires immersion not just in the mikveh but also in a synagogue community. When I entered Jewish life, and did so in the Reconstructionist movement, I discovered a style of worship that felt different from sitting in the Unitarian congregations of my childhood. I discovered that the entire room bowed and swayed together, according to an unwritten set of stage directions. I did not know how they had all learned to move in exactly the same ways, but I felt like a stranger, an interloper. And because I did not know how to move, I also felt like the entire room could tell that I was out of place. And so I copied people, and eventually, I figured out how to cheat. I bought a siddur and I took it to my friend Heather, she of the Hanukkah candles. In the faintest of pencil markings, she wrote in stage directions. Bow here, straighten there. Rise up on your toes, take three steps forward, take three steps back. At first I learned how to pass. I imagined that I would always be faking.

But just last Shabbat, I went to a friend’s adult bar mitzvah. He is also a convert, celebrating a bar mitzvah to mark his 50th birthday. He is also Indian. I have known him and his family all of my life. In his childhood home, I was never judged for not being Indian enough. His family answered my questions, but they also loved and accepted me for the cultural mash-up that I was. At his bar mitzvah, my friend asked me to sit with his mother and move her through the service. And now, I know when to stand and sit, how to move. I am Indian and Jewish, celebrating someone who has also found a way to combine those elements of his identity.

I am Indian, but I am also someone who grew up Unitarian. And in becoming Jewish, Unitarian spaces—once the place where I felt most at home—have become just a little bit strange. The last time I went to church with my mother, I accidently flipped the pages in the hymnal from right to left, as if it were a siddur. Judaism had ceased to be strange, but in that process, I became a stranger to my childhood religion. I am deeply comfortable in that world, except that I no longer quite fit—I turn the pages the wrong way.

The fact that Unitarian space no longer quite fits doesn’t mean, however, that I always feel like I belong in Jewish space. Whenever I take on a new Jewish practice, there is that sense of faking. Whenever I move to a new community, where I don’t know the melodies or a prayer is used that I have not heard before, I feel like I am a stranger, once again. I imagine that born-Jews also have that feeling, especially if they grew up secular, but for me, those feelings always remind me that I am a convert, a stranger.

And in that experience, I can better understand one of the key truths of my father’s immigrant community, a place that insisted on making me a stranger, rather than welcoming me as a guest. They too had all made choices much like mine—leaving a home, and in the case of my father’s generation of highly professional Indian immigrants, a very comfortable home—for a new one. But immigration is not being a guest—it is making a new life, in a place where, on some level, you are always a stranger. In some ways, the space I inhabit today, as a convert, as a Jew of Color, gives me more insight into the Hindu community, which I never quite felt welcomed me. Like my immigrant parent, I have made myself a stranger in my community of origin, while remaining something of a stranger in my community of choice. In that dual displacement, I have more in common than I ever expected to have with my immigrant relatives. 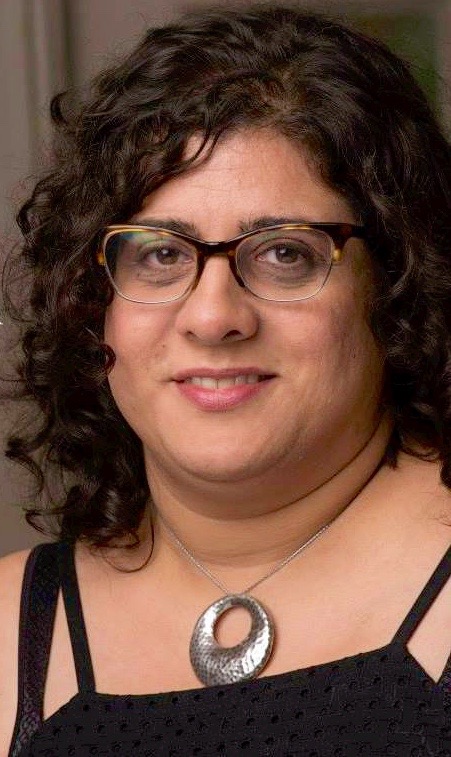