Values, Middle East Politics and the Future of Israel

Both the text of the Bible and the lived experience of the Jewish people (regardless of the particular type of Judaism practiced) point to Israel and particularly Jerusalem as the historical foundation of our religion, which continues as a 5,000 year connection for our people. As an American Jew, the core values that resonate for me are “life, liberty and the pursuit of happiness.” However, I don’t believe these values to be solely American — as a forward thinking human being, I see these as universal values that transcend religion and politics. We also hold fast to such other values as honesty, social justice, charity, and more. However, these values are just words and not reality to much of the world’s population. Values in the abstract are difficult to use to differentiate ourselves, since most people can agree on values when they are just words. But no matter how much cultures may agree on values in the abstract, each culture differs in how it interprets and emphasizes particular values and how it carries them out. This is true even within the same culture. It is in the statements that define the values where we gain context and understanding and can appreciate the meaning of any particular value.

If we consider our hopes and dreams for Israel and its future, they include domestic harmony, prosperity, inclusion and the ability to be at peace with the world around it. In order to achieve the latter goal, one must be realistic: it’s necessary to use classic SWOT (strength-weaknesses-opportunities-threats) analysis. One cannot move forward with an idealized and unrealistic approach to Israeli peace and safely apply that idealism to Israel’s negotiations with its neighbors.

In our contemporary world, unrealistic expectations and double standards are applied to Israel and its leadership regarding both their internal and external politics. Terms like “social justice” and “fairness” are used to critique many of Israel’s internal policies, which may not be perfect or ideal. Many critics believe that the West Bank settlements are an impediment to peace and should never have been built in the captured and occupied land from the 1967 war. However, anyone looking at the geography of the State of Israel and its borders in 1948 can appreciate how untenable and indefensible those borders were, considering the animosity around the world toward Jews and specifically the animosity in the Middle East. From a strategic perspective, settlements, to some degree, make sense: they both establish a buffer and send a message that a return to pre-1967 borders will not occur. It can be argued that the Israelis went to extremes, but this is not a convincing position when one considers the settlements’ historical context: the Arab League’s and Palestinians’ rejection of negotiations with Israel over borders – or any other issue – in the post-war period.

The Palestinian refugee problem is unique in the world. A significant reality is that many Palestinians and their forebears left the land (Israel) in 1948 at the urging of leaders who supported aggression against the Jewish state. Even so, rarely has a displaced people been maintained in camps for an extended period and not assimilated into the lands around it. The ongoing refugee problem of the Palestinians has been perpetuated as a political necessity, in order to maintain the conflict and strife between Israel and its neighbors. Over time the refugee situation has been used to influence world opinion, highlighting the unfairness towards the Palestinians of the Israeli presence while downplaying the Palestinian Authority’s and Hamas’s mismanagement. Its invocation has been so incessant a drumbeat that it has become the world’s reality.

Hopes for the Future

The world clamors for a Palestinian state. However, a contemporary two-state solution is viable only if the second state’s inhabitants are willing to demand leaders who are dedicated to the advancement of the national interest and economic vitality of its people. Today’s political situation within the Palestinian territory is fundamentally an obstacle to peace. A political establishment that includes affirmed terrorist groups is a leadership dedicated to the destruction of Israel, not one dedicated to a two-state solution and peaceful co-existence. The situation in Gaza has shown this to be crystal clear.

The reality that the world turns on is that Israel is occupying Palestinian land. When Israel was attacked in 1967 and drove back its attackers, it occupied the Golan Heights, the West Bank and Gaza as critical elements to secure its future by holding borders that were more appropriately defensible than the pre-1967 borders. It also allowed Jews better access to Jerusalem, which had been difficult prior to 1967. Had the Arabs and Palestinians been committed to peace and to the recognition of Israel’s right to exist, a negotiated settlement would have been the result. Out of that negotiation would have come a true Palestinian state. But that outcome was not and is not the goal of the more fanatical elements of the Palestinian political organizations that have driven negotiations. Their single-minded dedication to the destabilization and destruction of Israel has been a shameful waste, consuming Palestinian resources which could and should have gone to industrial parks, schools, paved roads, and the basic economic betterment of their people. Much of the world prefers not to discuss or acknowledge this reality.

Unfortunately, most countries including the United States have lost sight of this historical context; instead, their actions are motivated by a distorted perspective. Until there is an honest Palestinian government which speaks of peace and co-existence both externally and internally, true peace will never be achieved. I believe this was Netanyahu’s point during the recent elections. Prime Minister Menachem Begin said, “First, if an enemy of our people says he seeks to destroy us, believe him. Don’t doubt him for a moment. Don’t make light of it. Do all in your power to deny him the means of carrying out his satanic intent.”

These blunt, pragmatic perspectives are uncomfortable for many people to hear, because they force the unwilling listener to accept the reality that Israelis live with day in and day out. But there is no workable alternative. We must deal with the reality of the world around us, including the Middle East, even while seeking a just solution to Israel’s peace and its ultimate borders. This goal should be supported by every Jew, and indeed by all who understand and appreciate freedom and self-actualization.

A peaceful future and economic vitality for both Israelis and Palestinians will be achieved when the United States, Europe and most of the free UN member states begin to demand that the Palestinian government recognize Israel, shed its terrorist ties, and account for how it spends the donations that support its political organization and its people. This may appear one sided, and many will recoil at the lack of supposed fairness. However, this is the only route to a lasting peace. As long as the world accepts hypocrisy, ignores aggression, and willfully allows duplicity in speech, there can be no peace between the Israelis and the Palestinians.

I am certain that Israel would respond to an honest peace offering. It was done by Ehud Barak, who in 2000 offered almost everything demanded of him by Yasser Arafat. However, Arafat could not accept peace and chose terrorism, whether out of personal necessity or through a philosophical inability to accept Israeli’s continued existence as a nation. With Hamas now involved, the political situation within the West Bank is now even more radical than it was under Arafat. Yet a significant number of Jews and non-Jews are unwilling to accept history, and they expect that a different result can be achieved without changing the underlying hate and intransigence of the parties.

I believe the United States is a critical component to the peace process. The strength and influence of the United States has been and will continue to be critical to an ultimate peace between Israel and its neighbors. Unfortunately, our current administration is pulling back from visible diplomatic support of Israel, an action unique in our two countries’ history. This stance may precipitate a major conflict if Israel’s neighbors perceive that the U.S. may stand silent or defer action to the U.N. Realistically, this leaves little hope of a near-term solution to the Middle East conflict. In the interim, Arabs within the West Bank should have similar freedoms and rights as Israelis, aside from the ability to vote in Israeli elections, until a viable two-state solution can be negotiated. 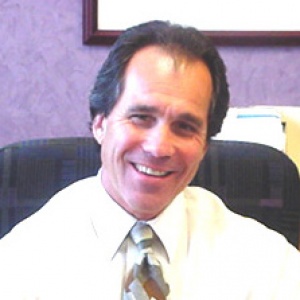