When our son officially moved out, Simcha, my husband, and I listed our house on AirBnB. Of course, we could use the extra income, but also we knew the house felt empty with both kids gone. We were already paying the utilities for the whole house AND were feeling somewhat guilty about the unused rooms…. Why not share our space? After all, hospitality is a Jewish value.

I created the profile on AirBnB, Simcha redid the bedrooms, and we were open for business. We were a little anxious: it does take a bit of courage to welcome strangers into your home. Would we like them? Would they like us? Would they break things? Steal things? So one of the first things we had to face was our own fears and anxiety. AirBnB does have an insurance policy so the fears weren’t really rational. Our first lesson was: Have faith and trust in Divine providence.

Our first guests were mostly students looking for a cheap place to stay overnight. They dropped in for a night, and didn’t need much. One student holed up in the room for three days studying for an exam; we didn’t hear a peep out of him. We started to get worried—we were parents after all—but he was fine. Just had his earbuds in and was studying away.

Then things started to get interesting. We had a woman come to visit her mother who was ill. While she was there, the mom ended up in the hospital. The next day when we asked how mom was, the woman reported that her mother had just died! Since Simcha is a grief and bereavement specialist, and I’m a rabbi, this woman had landed at just the right place at the right time to be cared for. We shepherded her through the week of the funeral and then she came back to clean out her mother’s apartment. It felt like we were doing a mitzvah, not just hosting. Next lesson: Welcome the stranger, do a mitzvah.

Although that was the most dramatic event, we had other people who landed at our house who had no idea we were Jewish upon booking our space. But when they checked in it seemed they had been sent to us because of the juncture of their spiritual journey and the advice we could provide. So the lesson was—we might have thought we were doing this to make some extra cash, but actually God’s hand was in this process as evident by who came to us: hashgakhah pratit.

At one point, we had an inquiry to host two Muslims. They were from Pakistan and were here in the USon residence rotation for two weeks. We were a little anxious about this. We rarely had the opportunity to interact with Pakistni Muslims, much less in our home. Yet at the dinner table we found ourselves speaking openly about the relationship between Jews and Muslims, Israelis and Palestinians. That night felt like we were truly making peace. The spiritual lesson was: Don’t make assumptions based on fear, be open to making peace.

Another unusual guest also stands out. It was the holiday of Sukkot, and although we had a sukkah we weren’t entertaining on the first night. We got a request from a young naval officer who was on leave for the weekend and wanted to see the sights of Philadelphia. He booked us and in talking to him, we found out he was from Texas and had never met Jews before! So on that sukkah night our Ushpiz, our hallowed guest, was a lone ranger who we could never have imagined helping us fulfill a mitzvah.

Many Jews have also checked in. We had a very assimilated woman who was curious about her heritage. Another young woman had visited our neighborhood to try out an Orthodox congregation before she converted, and instead she landed at our liberal Jewish rabbinic household. It made for interesting conversation. Other Jews who have graced our abode include an Israeli mystic who read our numerology charts, and many who have dropped in to the neighborhood for b’nai mitzvah and needed a late Shabbat check out. It has been a wide range of “shlikhut”/outreach opportunities.

We’ve hosted all ages from students to seniors, people from many countries. We have had many adventures in a mere eighteen months! I’ve learned a lot from my guests, whether it was the African American men going to a vegan gathering, doctors in training giving free advice, college students on a road trip where I got to live vicariously through them.

We learned an unexpected spiritual lesson as AirBnB hosts: When you are open to hakhnasat orkhim, hospitality, your life is much richer than you can imagine. 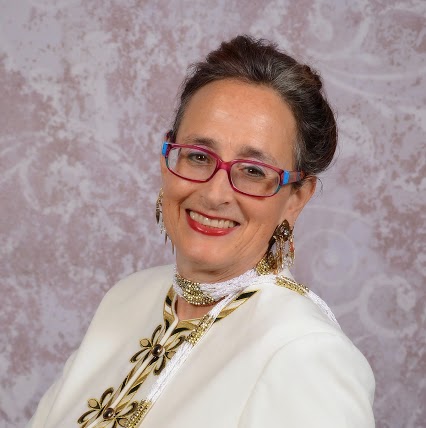