Home » The Center for Jewish Ethics » Jews, Race, and Religion » Lecture 10: From Minneapolis, Minnesota to the Streets of Jerusalem: The Diaspora Within. Mizrahi Jews, Race, Belonging, Dislocation and Identity

Lecture 10: From Minneapolis, Minnesota to the Streets of Jerusalem: The Diaspora Within. Mizrahi Jews, Race, Belonging, Dislocation and Identity

Home / Connect / Center for Jewish Ethics / Jews, Race, and Religion / Lecture 10: From Minneapolis, Minnesota to the Streets of Jerusalem: The Diaspora Within. Mizrahi Jews, Race, Belonging, Dislocation and Identity

Mizrahi Jews in Israel, like other minorities of color, have been suffering from institutionalized racism inflicted on them by Ashkenazi Jews, based on their racial and ethnic Otherness. Reversing the gaze away from this official Zionist narrative of Modern Israel, the main purpose of this lecture is to introduce students to a counter story of Modern Israel told from the perspective of Mizrahi Jews with special regard to the socio-legal oppression and racism inflicted against them encompassing many aspects of their lives from housing to education, the media, health etc. The lecture will draw some parallels to other transnational diasporas, such as Aboriginal displacement in Canada and elsewhere, the Arab, Black and the Black American diasporas. We will discuss the vast influence of Black American history, literature, critique and civil rights movement on the evolution of Mizrahi resistance and pride, promoting the sense of belonging within the context of what I call the Diaspora within. 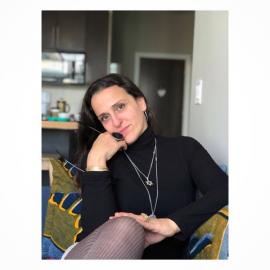 Dr. Claris Harbon is an Arab-Jew/Mizrahi feminist and a human and social-economic rights lawyer and scholar, originally from Israel. She holds a doctorate in law from McGill University, and two LLM degrees from Yale Law School and Tel Aviv University Law Faculty. The socio-legal status of Mizrahis in modern Israel has been at the center of her work both academically and practically. Her work focuses primarily on Israeli land law, tracing the discriminatory impact of its Eurocentric foundations on Mizrahis in Israel, with special regard to public housing policy. Her work with Mizrahi women squatters, now forthcoming as a book (2020), is one of the very first interventions in the study of Israeli law that redefines legal categories from a Mizrahi vantage point, showing for the first time the interrelationship between Israeli law and the construction of Mizrahi, particularly women’s, socio-legal inferiority. She was one of the first clinical legal professors, let alone Mizrahi, engaged in community organizing and experiential education. She founded and was involved in several anti-racist feminist NGOs and developed an innovative model for working with racialized minorities of the “Global South,” mostly women of color, such as Palestinians, Mizrahis, Ethiopians, undocumented immigrants, and children. She is also a published poet with a children’s book coming out soon.