Home » The Center for Jewish Ethics » Jews, Race, and Religion » Lecture 11: Purity Politics and the Problem of Jewish Solidarity

Lecture 11: Purity Politics and the Problem of Jewish Solidarity

This talk explores the relationship between the rise in purity politics among American Jews and the problems it raises for building solidarities in the context of such things as the Women’s March and BLM. 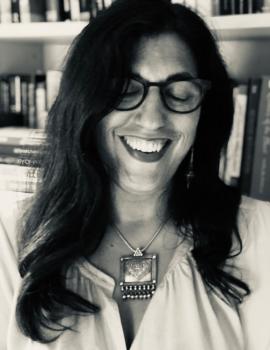 Shana Sippy is Assistant Professor of Religion at Centre College, Co-Director of the Religious Diversity in MN Initiative and Research Associate in the Religion Department at Carleton College. Her work focuses on the making of Jewish and Hindu subjectivities and articulations of religious, cultural, and racial identity in diaspora and transnationally.