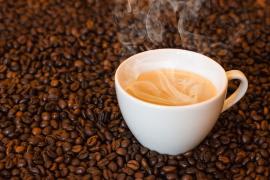 “Having coffees,” according to Rabbi Shelly Barnathan, “is absolutely necessary when launching a new initiative.” Rabbi Shelly, the winner of RRC’s 2017 Auerbach Innovation Launch Grant, had 100 coffees with more than 80 people while launching Or Zarua, an intimate Jewish community for baby-boomers in the Philadelphia region. Or Zarua is a success because Rabbi Shelly avoided a fatal error that too often consigns innovative ideas to the ashbin, as we will see.

[Note: read the Jewish Exponent story on Rabbi Barnathan and Or Zarua here.]

Rabbi Shelly was inspired to create a new kind of gathering for boomers because they are often overlooked by the Jewish innovation sector. She believes that many people in this stage of life aren’t finding meaning and connection in traditional religious settings.

Her instinct is right. A Pew study reports that more than 80 percent of boomers believe in God, but only about a third of them participate in prayer, Bible study or religious education. As Rabbi Shelly suspected, boomers have a spark in search of a meaningful home.

To build that home, Rabbi Shelly avoided a wrongheaded approach that would have all but guaranteed her project to fail. According to Lean Startups for Social Change, that wrongheaded approach is: Plan-Fund-Do. In other words, a leader has a good idea, gets the money to enact it and then launches it. The problem: Money is spent on an unproven idea, without evidence that people actually want the product or services being offered.

Successful innovative leaders use an alternative approach: Human-Centered Design. With this method, leaders park their fully baked ideas at the door, and they open their hearts to the people they want to serve. They uncover genuine needs and desires. Steps include listening to people’s pains: fears, frustrations and obstacles; and identifying their gains: wants, needs and measures of success. Then leaders can better design a product or service to relieve pains and/or increase gains. Human-Centered Design is a perfect fit for Rabbi Shelly, who naturally sees the light in each person.

During the construction phase of that “meaningful home,” Rabbi Shelly met with interested boomers in coffeehouses, homes and gardens over a five-month period. “I called them ‘holy conversations,’ ” she said. “People were very eager to share their hopes and dreams, their Jewish and life stories.” 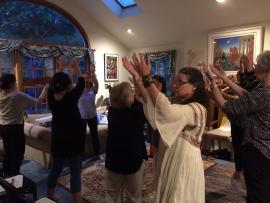 Or Zarua participants raise their hands in a gratitude ritual.

As they shared them, Rabbi Shelly asked such questions as: “What values drive you? How do you bring meaning into your life? When have you felt most rewarded?” Not surprisingly, people responded with gratitude, often saying, “No one ever asked before.”

Rabbi Shelly also shared her own journey. Raised as Orthodox by parents who survived the Holocaust, she became a Reconstructionist rabbi after raising three children and enjoying an award-winning career as an educator. Now the grandmother of four, she finds her own spiritual need to dwell in a caring, Torah-centered community fueled her desire to create Or Zarua.

“People at our age,” she said, “are much less concerned about material things.” During her holy conversations, she often hears that people “want to go deep and find meaning. They also are looking for spaces to share their authentic selves.” 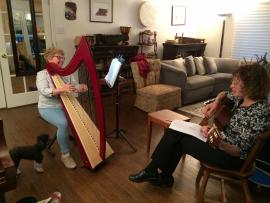 Or Zarua participants bring their musical talents for Shabbat celebration.

To reflect what she heard, Or Zarua is co-constructed by Rabbi Shelly and the participants, which allows them to express their gifts and talents. Recent home Shabbat services, attended by nearly 30 people, featured participants playing harp, guitar and violin, and leading Hasidic storytelling and mindfulness meditations.

Coffee dates certainly enable innovative leaders to launch initiatives that fit peoples’ needs. But when creating a spiritual community, Rabbi Shelly says that those holy conversations play an even greater role. “Making time for coffee is really time to deeply listen,” she told me while displaying her warm smile.

It’s certainly clear that more than just caffeine drives Rabbi Shelly to build, as she describes it: “a community that is about people before program.”

Reconstructing Judaism explores and funds innovative ideas for connecting with and serving unengaged and under-engaged populations — in new ways and spaces. Congregation Bet Haverim created “Your Jewish Bridge” in Atlanta, and its founder shares lessons learned after the first year and a half of the project.