Should children receiving conflicting, non-Jewish, religious education be allowed to enroll in a synagogue school? This question is at core about the differences between how the individual is seen by the community, his status, and how the individual sees herself, her identity.1 The distinction is sharper in theory than in reality – an individual is continuously developing his identity, combining his personal perceptions of the world and his understanding of how the world perceives him. Status invariably reflects an individual’s self-perceptions as well as greater community values. Status and identity are neither completely interdependent nor mutually exclusive.

Mordecai Kaplan wrote of the hyphenation of the individual with regard to his cultural life, “he derives his political values, his language, literature and the arts from the civilization embodied in the state; his ethical and spiritual values from that embodied in the church.”2 We might understand these as separate civic and religious identifications, but on the other hand we must recognize that identity is not as simple as individual units of identification. Rather it is a comprehensive unit, especially to the extent that we do not distinguish, as Kaplan did, specific values coming from different sources. We may receive great benefit from the opportunity to live in two civilizations, but we also face challenges such as the influence of potentially conflicting values from non-Jewish religious influences on the civic sphere.

Parsing the categories of identity and status may help clarify the needs of children and families to Jewish educators who are serving them. If we understand how identity and status within the Jewish, or religious, sphere affect each other, we can more easily anticipate our congregants’ interests and concerns regarding synagogue membership and school enrollment.

One’s religious identity, in relation to Judaism, can traditionally be defined in two ways: Jewish or non-Jewish. A third category, encountered in recent times, is the individual who considers herself Jewish and X (Christian, Buddhist, etc.). Children raised by parents of different faiths may develop a religious identity of this latter sort, whether or not they are educated in both religions, simply by affinity to both parents.

Traditionally, Jewish status has been simpler to define – either one is Jewish or one is not. There are categories, such as the apostate who remains, according to Jewish tradition, a Jew despite having converted to another religion, where status and identity don’t match. But there is no such status as Jewish and X.

Three identity categories (Jewish, non-Jewish, and Jewish plus) and two status categories (Jewish or non-Jewish) combine for six possible status/identity alternatives. The individual whose status is Jewish and who identifies as (or whose parents identify him/her as) Jewish is the classic member of our schools. The individual whose status is non-Jewish and whose identity is non-Jewish does not, typically, seek enrollment in our schools. These two combinations are, therefore, of little concern to the current question.

The remaining four combinations of religious status and identity may present difficult issues. The possible impact of individuals in these groups in our classrooms – on the identity development of one or all of our students, and of group identity in our classrooms – is a legitimate concern.

This is the traditional category of the apostate – an individual who is by birth Jewish (in traditional Judaism this would be through matrilineal descent: patrilineal descent is accepted within the Reconstructionist and Reform movements), but who does not identify as Jewish and often identifies with another religion.

What responsibility do we, as Jewish leaders, have to bring these “lost sheep” back to the fold? Chabad Lubavitch does seek to bring back the “apostate,“ going out on the streets to teach and encourage practices such as tefillin among men and candle-lighting among women. The approach in liberal Judaism tends to be hands off.

Parents who do not identify as Jewish are unlikely to enroll these children in our schools, because they are explicitly not encouraging a Jewish identity in their children. However, our school or synagogue may be involved in outreach to these individuals. If we succeed in eliciting an interest in Jewish roots, these people may come immediately to a singularly Jewish religious identity, but more likely, at least temporarily, to a multi-religious identity, Jewish plus.

This is the opposite of the apostate, where the individual may seek to be a part of the Jewish community, as, a Jew, but without the status of Jew conferred by the community. In the Conservative and Orthodox movements, the status of Jew is only conferred upon those who are Jewish through matrilineal descent and those who formally convert to Judaism. With the opening up of patrilineal descent in Reform and Reconstructionist Judaism, this category has shrunk significantly, since children born to a woman with non-Jewish status and a man with Jewish status are given Jewish status in these communities.3

There are at least two scenarios within this category. In one case a student is not aware of his/her status and simply identifies as Jewish, and in the other the student is fully aware of her/his status but seeks to be a part of the Jewish community by virtue of identity.

If children of either scenario enroll in our schools, they raise few issues different from the student who is Jewish by both status and identity, simply because when a teacher says “we”, the student considers him/herself to be a part of the group.

This is true so long as status, and particularly each individual’s status, is not brought into the equation. When, in the educational process, status does come up – perhaps in a discussion about who is a Jew or in a genealogy project – issues may arise as students learn about and share their statuses with each other For a student who is already aware of her status, it is the group dynamics that are primarily at issue. Where the student is not previously aware of his status – perhaps his parents and the synagogue are also not aware – the individual at may face an identity “crisis.”

The child who does not have Jewish status, but who identifies as a Jew and as a member of another religion, will present similar problems to the previous category. Additionally, the identification with another, potentially contradictory, religion will influence what this student brings to the classroom.

Simply by virtue of the fact that the status of this individual is Jewish, this category has the potential to create the most contention within the Jewish community We especially don’t want to turn away an individual whose status is Jewish, even more so if there is any semblance of Jewish identity present. Development of the Jewish identity with the hope of diminishing or removing any identity with conflicting religious values is the ideal, as with the hope of returning the apostate.

However, in our classrooms we also seek to present a clearly Jewish setting – a setting in which we can say “we Jews” and assume full participation in that “we” by all students, in which conflicting religious values can be presumed to be or are carefully placed outside of the classroom. While it is impossible to keep every unwanted thing out of our classrooms – and would we really want to, and thereby miss all those great educational opportunities – we nonetheless seek to minimize conflicting identities within individuals and within our classrooms and schools.

We have a responsibility, as Jewish educators, to help Jews develop Jewish identities. Whom we include in our educational settings is up to the community. Do we require Jewish status or simply Jewish identity? Is any Jewish identity enough, or must one’s religious identity be singularly Jewish?

And of course we have been talking so far only about religious identity What happens when we throw in other factors from the identity pool – for example, the American civic sphere, which also provides us with values intended to direct our behavior and understanding of the world? American civilization and Jewish civilization each inevitably influence the other, so that our Jewishness has an American flavor and our Americanness a Jewish flavor.

As educators in the Jewish community in America we have the task of determining the strength or the position we hope the religious identity will have in the individual’s overall identity. To take this a step further – do we see our students as primarily Jewish or as primarily American? Which is the noun and which is the modifier? Are we Jewish Americans or American Jews?

Jewish Americans are first and foremost American, holding American values as their primary values. Being Jewish is secondary. It flavors, modifies in the manner of an adjective, how they are American. Jewish Americans begin by determining values according to American tradition and beliefs, and only then turn to Judaism to find what it might say about these American values. Where there is agreement between Jewish values and American values, they may choose to understand their values as Jewish, thus explaining in some way how they are Jewish. Where agreement is not found between Jewish values and American values, they may grapple with the differences and try to bring them to agreement. When irreconcilable differences are found, it is the Jewish values that are typically perceived as “out of date,” or “from another context.”

This is clearly a simplification. Liberal Jews in America do not simply throw out American values when they do not match Jewish values or vice versa. Indeed, a Jewish American may ultimately come to disagree entirely with certain American values, just as an American Jew with Jewish values. However, the point from which we begin and the process by which we seek answers are determined by whether we consider ourselves to be primarily Jewish or primarily American.

What differences might we see in the educational approaches to one or the other? How much weight do we give to Jewish tradition and values, and how much to other influences?

A professor of mine speaks with pride of attending Jewish school on December 25th.4 While our reasons may not be based directly on Christian values, it is important to consider what message we send to our students by consistently canceling school across the Christmas holiday. What values are we applying here, and from what “civilization”? Similarly, synagogue schools are clearly not the primary educational forum for our students, but what are the implications of using the word “supplementary” to describe our schools? These questions, and others like them, should not be answered by any one individual in the community, but rather through a process of education and study and study among community membership.

I hope this essay will help focus Reconstructionist Jewish educators to the task of defining the role of Judaism we hope to model and pass on as an inheritance. Who will be in our classrooms a generation from now? Two generations? This will depend on the position/weight Jews give to Jewish tradition and values in their own lives. And that will be influenced deeply by the position we give to Jewish tradition and values in our lives as Jewish leaders and in our curricula, and our understanding of the intersection between status and identity in our students and communities. 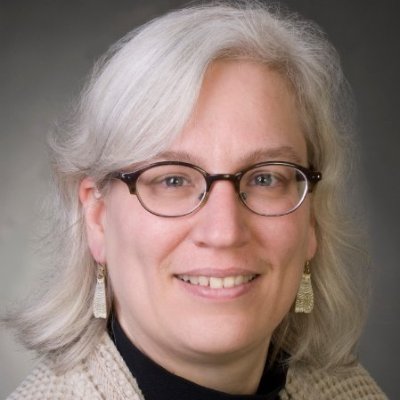 As more and more places of worship become vulnerable to hate crimes and gun violence and we increase security measures, young people are particularly traumatized. One congregation has created a mental health and resilience curriculum for its students.

From Despair to Action